Singapore is about a week away from rolling out its portable contact-tracing device to help curb the spread of Covid-19. It will be small and may eventually come in different colours.

The first batch of the gadget, called TraceTogether Token, will have a battery that can last nine months, Minister-in-Charge of GovTech Singapore Janil Puthucheary said in an interview on June 24. It won’t be small enough to slip inside your jeans’ back pocket, but may fit in front pockets and would be easy enough to clip to a user’s bag, he added.

Janil, who heads the agency responsible for the development of these contact-tracing devices, said the token will complement a three-month-old phone app to reach the maximum number of residents. With a goal of reaching 100% of the population, Singapore’s tracing programme is among the most ambitious in the world. About four months into the pandemic, efforts by many countries to use mobile apps to fight the virus have mostly stalled or have been abandoned amid dismal take-up rates and privacy concerns.

In Singapore, about 2.1 million people, or about 35% of the population, have downloaded the TraceTogether app, Janil said. That’s still too low a rate for tracing to work effectively, which is why the physical token is being introduced as an additional measure. Like the app, the token uses Bluetooth signals to record other nearby contact-tracing devices and would function in a similar way. The island-state is believed to be the first country to roll out a portable device on top of its tracing app to more effectively fight the virus as the economy reopens.

"What we want is to stitch those together and cover 100% of our population,” Janil, who is also senior minister of state in the ministry of transport as well as communications and information, said. "We are geographically small and we can deploy at a city level. So it’s conceptually possible to put this in the hands of every Singaporean.”

Singapore resumed most activities last week with the government assessing the virus situation in the country to be under control, With more than 42,000 recorded infections, mostly driven by an outbreak among foreign workers living in cramped dormitories, officials have said that a robust testing and tracing regime is needed to open the economy safely.

The senior minister of state cited the country’s success in distributing masks and sanitisers to every household during the pandemic as examples of deploying a solution at a national level. But like most countries in the world, its contact-tracing program has sparked public concerns about privacy and surveillance.

Janil said the token won’t track users’ location and the data collected on each device will be deleted after 25 days. The adoption will also be voluntary.

"When you make things mandatory, you have to balance the benefit and risks including the social risks,” said Janil, who pointed out that the number of deaths and infections in the community is low. "So the risk doesn’t seem quite significant. But if things change and we need a robust response, this will change.” – Bloomberg 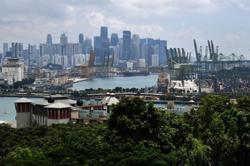 All the pieces matter 11h ago 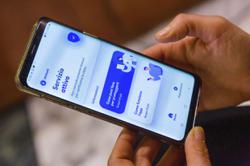