French politics student Shanley Clemot Maclaren leads the raids, with up to 400 people logging on to a platform at once to report abusive material and get it removed.

The group adopted the strategy after finding platforms were slow to respond to individual requests to take material down, or finding the images would disappear only to resurface days later.

“It works really well – it’s our best tool. Because there are lots of us, the platform receives a big notification,” Maclaren, 21, said.

“We have so many accounts in France that we cannot organise specific raids for other countries yet, but we keep an eye on dangerous accounts from other countries,” she added.

The raids are mounted twice a week, overseen by a lawyer, Rachel-Flore Pardo, and conducted by activists in France and its overseas territories of Guadeloupe, La Reunion and Mayotte.

“We have noted a strong upsurge in these acts since the start of confinement,” Marlene Schiappa, French Secretary of State for Gender Equality, told a French newspaper in April.

Experts say the risk of abuse has risen during lockdown, with perpetrators spending longer online and using new technologies to assert power over victims.

“Abuse and harassment have no place on our service,” the spokeswoman said. “Today, 50% of abusive content that we take action on is identified proactively using technology, instead of relying on reports from people using Twitter.”

Instagram and Facebook did not respond to requests for comment. A Snapchat spokeswoman said the firm takes very seriously “the safety and wellbeing of our community”.

She started an online awareness campaign in April called #stopfisha to find victims and help them report “fisha” accounts – from the French verb afficher, meaning to shame.

She said the group has got more than 400 accounts deleted by reporting the abuse, although some do reappear.

She said victims in Italy are often shamed for the images rather than perpetrators being punished for the crime.

Activists say lockdowns have made it easier for abusers to inflict harm, because victims have less support.

“During lockdown, even support between friends can be difficult – much less wider society,” she said in a video interview with the Thomson Reuters Foundation.

Isolation has long plagued victims, said Stephanie Corrao, who embarked on a two-year battle to get intimate images removed after her ex-husband posted them online in 2017.

“I fought and fought until people listened, I made a district attorney see just how bad it was and that they needed to help me,” the 38-year-old finance manager and activist said from New York.

Within six months of her photos going online, they were on more than 50 sites and it took hours of work and nearly US$8,000 (RM34,148) in website removal and lawyer fees to remove them, she said.

“It wasn’t until I hit my lowest point and wrote my own suicide note to realise how important it was for me to speak out on this,” she said. – Thomson Reuters Foundation 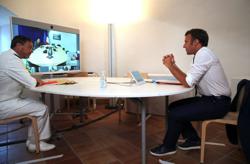 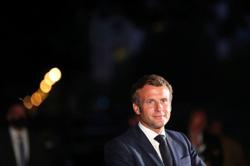