Germany's Corona-Warn-App has been downloaded 6.5 million times in the 24 hours since its launch. — Reuters

BERLIN: Germany's smartphone app to help trace coronavirus infections has been downloaded 6.5 million times in the first 24 hours since its launch, the chief executive of software company SAP said on June 17.

Christian Klein said the strong public reception was testimony to the collaboration between teams from SAP and Deutsche Telekom that readied the Corona-Warn-App in just six weeks.

"It's a big success, it scales, it's user friendly and it helps society," Klein told journalists in a video briefing.

Germany joins European countries like Italy, Poland and Latvia in launching apps that use Bluetooth wireless to measure contacts between people and issue a warning should one of them later test positive for Covid-19.

Although the technology is untested, governments have rushed to deploy it in the absence of a cure for Covid-19, seeking instead to achieve a kind of digital 'herd immunity' against the flu-like disease.

Widespread take-up is needed, however, to increase the chance that both people in a risk event – spending 15 minutes within two metres of each other – use the app. In field tests, the app successfully recorded 80% of such encounters.

Most apps being rolled out in Europe are based on technology from Apple and Alphabet's Google that logs contacts securely on a device and encrypts Bluetooth exchanges.

Such privacy by design appears to have won public trust in Germany, a country of 84 million. France's app, which stores data centrally and is not supported by Apple, has been activated by just 2% of the population. – Reuters 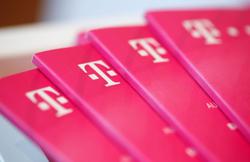 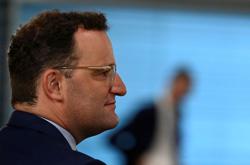 Germany: Optimistic we'll have a vaccine in coming months and certainly next year