Sega has announced the Game Gear Micro for release in Japan in October this year. — AFP Relaxnews

The company is also exploring a "Fog Gaming" concept that would make use of arcade machines outside of normal business hours.

In celebration of its own 60th anniversary and a 30-year-old handheld console, Sega has created a miniature Game Gear Micro.

Initially announced for Japan with a release date of Oct 6, the palm-sized Game Gear Micro comes in four colours, each stocked with four different games.

How small are the Game Gear Micros?

How can one possibly play on a screen so small?

There's no word yet on how much that will go for separately, as Sega is currently offering it as a package incentive for those that buy all four Game Gear Micros together in a ¥29,980 bundle (RM1,173).

In related news, Sega also appears to be exploring the possibility of bringing Fog Gaming to some of its arcade machines, industry consultant Dr Serkan Toto confirmed.

Cloud gaming might be all the rage, with Google, Xbox, PlayStation, Nvidia and Tencent among the big technology companies getting involved, but Sega is adopting a different approach.

Like cloud computing, fog computing allows for the use of remote computer hardware. However, rather than relying on centralised server farms, it is a decentralized system.

In this way, Sega would be able to implement a fog network to make use of arcade games cabinets distributed over a wider area than a traditional cloud computing setup provides for. – AFP Relaxnews 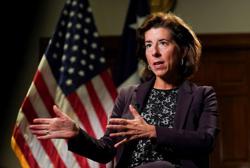