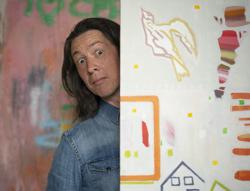 Google has deleted millions of bad TikTok reviews on the Play Store. — AFP

In the wake of a recent onslaught of bad reviews, Google deleted millions of negative TikTok reviews on the Play Store.

After a fake video of a man throwing acid in the face of a woman circulated on the music-oriented social media service TikTok last week, stirring up major backlash against the company as a result, reviews of the application on the Google Play Store dropped from 4.5 stars to 1.2 in a matter of days.

After the TikTok user who published the video apologised for the clip after seeing the severe public response, Google began deleting a slew of the negative reviews on its digital content shop.

In fact, millions of negative reviews have been removed from the Play Store – which the company deems as "corrective action”. A Google spokesperson speaking to BBC stated that "When we learn of incidents of spam abuse, we review and take corrective action to remove inappropriate ratings and comments."

As of today, TikTok on the Google Play Store has a 2.9 star rating with the one-star reviews outweighing all other categories. Last week the app had over 27 million reviews – now, it has just 20 million.

The problematic video and copies of it have since been removed from the platform. The creator's account has been suspended. – AFP Relaxnews