The platform, designed for both law firms and legal departments, is being beta-tested by more than 10,000 lawyers in over 100 jurisdictions, Lupl said in a statement. — 123rf.com

SINGAPORE: Three law firms from the United States, Britain and Asia have jointly invested over US$10mil (RM43.39mil) in a US-based legal tech startup that is developing an 'open' industry platform to enable lawyers to work seamlessly across disparate systems.

The platform, designed for both law firms and legal departments, is being beta-tested by more than 10,000 lawyers in over 100 jurisdictions, Lupl said in a statement on May 14.

Lupl, which counts US law firm Cooley, Britain's CMS and Singapore-based Rajah & Tann Asia as its founding shareholders, said law firms including Slaughter & May, Linklaters and companies including Unilever and Deutsche Bank are involved in the early testing.

Lupl aims to synchronise all parts of legal projects such as documents, communications and technology applications in a single secure platform, which can be integrated by law firms, legal departments and technology providers.

"What this platform does is to sort-of electronically organise all the material – no matter which platform they come on – into a stable electronic bundle for the lawyers and for the clients," Lee Eng Beng, chairperson of Rajah & Tann Asia told Reuters.

The founding shareholders had invested over US$10mil (RM43.39mil) in Lupl, he said. The startup currently employs about 50 people.

Lee said the platform, which would have a subscription model, would be launched next year. "The clients hold the key. In order to leverage on this platform, it must exist between the clients the law firms," he said. – Reuters 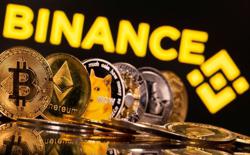