Covid-19: Rocky road ahead for ‘sharing economy’ platforms amid pandemic

A delivery man working for Uber Eats rides a bicycle in Paris, on the thirty-fifth day of a lockdown in France aimed at curbing the spread of the Covid-19 disease, caused by the novel coronavirus. Sharing economy companies are now bleeding more cash than ever, shedding workers and scaling back expectations for profitability amid heightened uncertainty about consumer trends and the economic outlook. — AFP

WASHINGTON: “Sharing economy” firms like Uber and Airbnb were seeing surging growth and predictions they would reshape several economic sectors. Then the pandemic hit.

These companies are now bleeding more cash than ever, shedding workers and scaling back expectations for profitability amid heightened uncertainty about consumer trends and the economic outlook.

The sharing platforms had “tremendous momentum” in industries like transport and tourism and even apparel-sharing prior to the pandemic, said consumer markets analyst Steve Barr of PwC, which had previously predicted the sharing economy to generate US$335bil (RM1.45tril) in revenue by 2025.

“I think there's going to be a very significant shift in consumer behaviour,” Barr said.

One factor could be a move away from urbanisation in dense cities – a major force driving the sharing economy.

That could dampen the sharing economy “lifestyle” that had been building for people who opted to shun ownership, Barr noted.

Uber said in its quarterly update that it lost nearly US$3bil (RM12.99bil) and its rides business was down some 80% in April, prompting cuts to 14% of staff.

The rideshare giant said it has seen some “green shoots” in the recent weeks and is seeing strong revenue growth for its food delivery operation UberEats.

However, an IBM survey released this month found more than half of those who used ridesharing apps planned to reduce or stop using these services completely.

“Riders are to continue to have a strong aversion to getting in a vehicle with a stranger for fear of infection which will not be allayed until there is a vaccine,” said analyst Richard Windsor on his Radio Free Mobile blog.

Arun Sundararajan, a New York University professor who researches the sharing economy, said he nonetheless sees some room for optimism for ride-hailing firms.

"I think we'll see a shift to greater personal space control," Sundararajan said. "A lot of people will move away from mass transit in densely populated areas."

This could bring more business to ride-hailing services like Lyft and Uber or to "micromobility" platforms for bicycles and scooters, which the two companies also offer.

The researcher said, however, that it may take more time to see a rebound for "pool" rides with multiple passengers, and that the health crisis might slow the trend in which people give up their personal vehicles for shared rides.

Leading home-sharing platform Airbnb has cut 25% of its staff with the travel industry crushed, with some estimates of bookings down 50 percent from earlier this year.

Sundararajan says things may not be so bleak for Airbnb, which has over the years learned to build consumer trust and allow people to host or stay with strangers. The startup has already unveiled a new sanitary protocol and guidelines on leaving spaces vacant between bookings.

"As people start to travel again, they will be oriented toward spaces where they feel they have control," he said.

"They may not want to pass through crowded hotel lobbies or stay in places where they don't know who was there before."

He said Airbnb might be better positioned than some hotel operators "because it doesn't rely on an extremely high rate of occupancy to make its business model work."

As in other sectors, the sharing economy firms will need to rebuild consumer trust to get consumers back.

Sundararajan said these firms have an advantage because they have been working for years on helping change consumer habits.

"The platforms are better-situated to deal with this uncertainty and rebuilding trust because that's what they've been doing for a decade," he said.

But behavioral economist Lucas Coffman of Boston College said trust can be difficult, pointing to the "reputational" system of rating developed by online platforms.

"You also need to trust everyone who rode in your seat before you," Coffman said.

Some segments of the sharing economy may emerge stronger, PwC's Barr says, such as corporate jets or high-end black car rides.

"Safety is going to be the new experience," he said.

Saif Benjaafar, director of the University of Minnesota's Initiative on the Sharing Economy, said the platforms have been part of a lifestyle trend to on-demand, collaborative services that are extending to new areas such as medicine and education.

"There has been a shift in the traditional way of delivering products and services, and I think that will continue," Benjaafar said.

"I think people are getting used to the idea of going to an app and getting things whenever they need it." – AFP 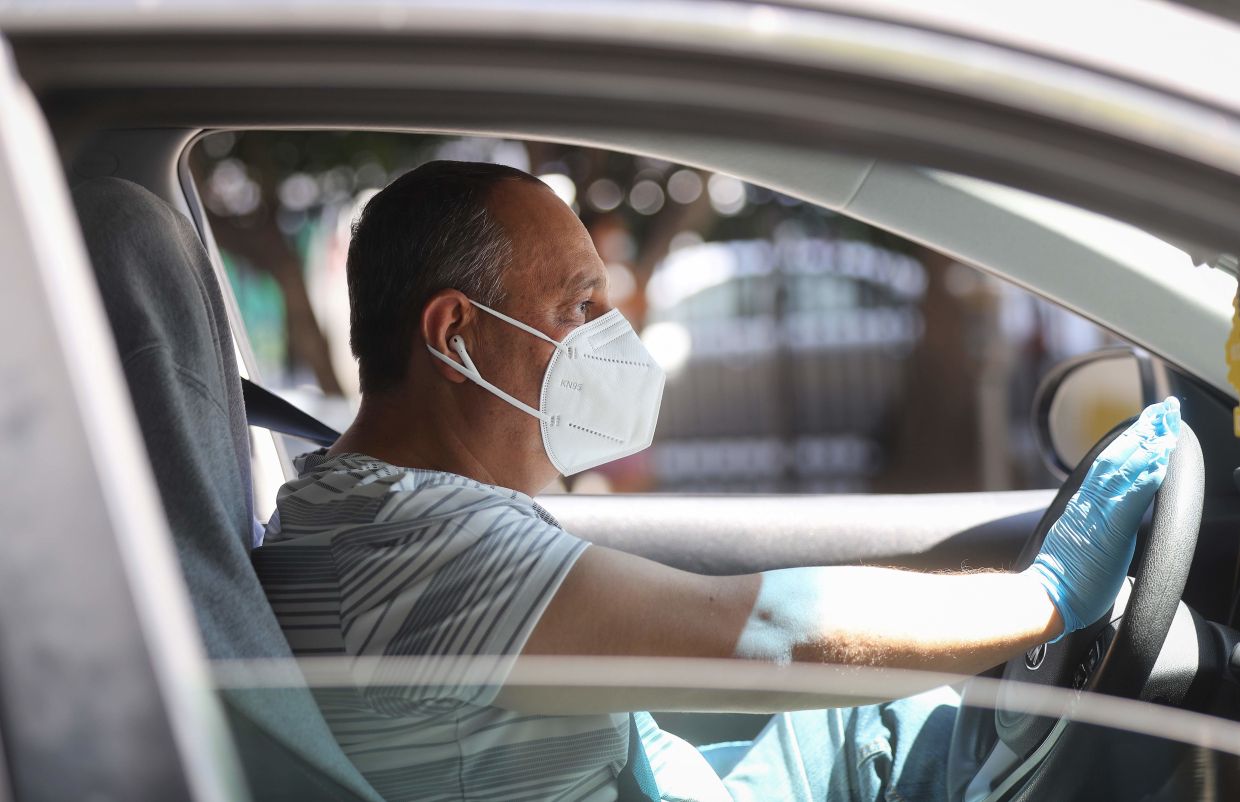 A delivery man working for Uber Eats rides a bicycle in Paris, on the thirty-fifth day of a lockdown in France aimed at curbing the spread of the Covid-19 disease, caused by the novel coronavirus. Sharing economy companies are now bleeding more cash than ever, shedding workers and scaling back expectations for profitability amid heightened uncertainty about consumer trends and the economic outlook. — AFP

US rental site Airbnb logo is displayed during the company’s press conference in Tokyo. ‘Sharing economy’ firms like Uber and Airbnb were seeing surging growth and predictions they would reshape several economic sectors. Then the pandemic hit. — AFP

A protestor wears a face mask and gloves as Uber and Lyft drivers with Rideshare Drivers United and the Transport Workers Union of America conduct a caravan protest outside the California Labor Commissioners office amidst the coronavirus pandemic on April 16, 2020 in Los Angeles, California. ‘Sharing economy’ firms like Uber and Airbnb were seeing surging growth and predictions they would reshape several economic sectors. Then the pandemic hit. — AFP