China, beset by the outbreak, was where disruptions began, but as the pandemic spread globally, so did plant closings and lockdowns. Apple, Intel and Qualcomm all point to vulnerabilities beyond China. — SCMP

When China announced the reopening of its factories at the end of March, it helped alleviate the pressure many of the world’s technology companies had come under since the coronavirus outbreak began. But the broken supply chain is far from back to normal.

In a survey by the Institute for Supply Management, a US trade association, 80% of 600 US responding companies believed they would be affected by supply-chain disruptions in early March. By the end of March, that number rose to 95%. Most respondents anticipated that the severity would increase in other parts of the world – especially in North America, Japan, Korea and Europe – after China reopened.

“China isn’t the biggest problem anymore. Unfortunately, we are in a worse position now because as the virus spread, the rest of the world got pneumonia,” said Kamala Raman, a senior director of supply chain at the research and advisory firm Gartner. “Now we need to address all the complications.”

While China ramped up manufacturing capacity, tech companies were hit by new waves of supply-chain headaches as the pandemic spread globally. The virus has ravaged countries from Italy and Mexico to the United States, infecting 45 times more people than China’s own official count of confirmed cases. National stay-at-home orders and the shutting of factories have led to an even bigger shortage of workers and transportation disruptions, further exacerbating the supply-chain disruptions.

For the first week of April, global air cargo capacity dropped 35% year-on-year, according to Seabury Consulting. The routes from Europe to North America were the most affected, with a drop-off of 60% of capacity; air cargo fell 15% from China to North America.

Air cargo rates also jumped more than 10 times, as shipping demand surged while the world rushed to obtain personal protective equipment to help shield health care workers. Air freight base rates generally start at US$1.50 (RM6.50) per kilogramme, or 68 cents per pound, according to the World Bank. Today, the lowest freight rate is at US$7.38 (RM32) per pound, according to the UPS website.

US tech companies are particularly vulnerable to supply chain disruptions, with a single product often requiring hundreds of parts from multiple countries. Many of those parts also involve numerous manufacturing steps, all completed in factories overseas.

“The computer and electronic products industry is at particular risk of disruption due to thin supply inventories,” Kaj Malden, a policy analyst at the US-China Economic and Security Review Commission, reported last month.

Take Apple’s iPhone. While assembled in China, the parts – cameras, chips, accelerators, batteries – are manufactured by dozens of companies around the world. Qualcomm, the US company that supplies chips and cameras for the iPhone, makes its parts in Australia, Brazil, China, India, Indonesia, Japan, South Korea and more than a dozen locations through Europe and Latin America.

“The cascading effect is if you need a hundred parts to build something, and you don’t have two or three of them, you still can’t build it,” Raman said.

Qualcomm said in a statement that it had “complied with government restrictions in China since January, which have limited the employees' ability to work” in the country.

“Although such restrictions have since lessened, on March 12, 2020, we announced a global mandatory work from home policy for all of our other employees who are able to perform their jobs remotely,” Qualcomm said.

The mandate “is still in place”, and it expected the “supply and workforce issues to continue, and in some instances increase”, the company, which is based in San Diego, California, said. 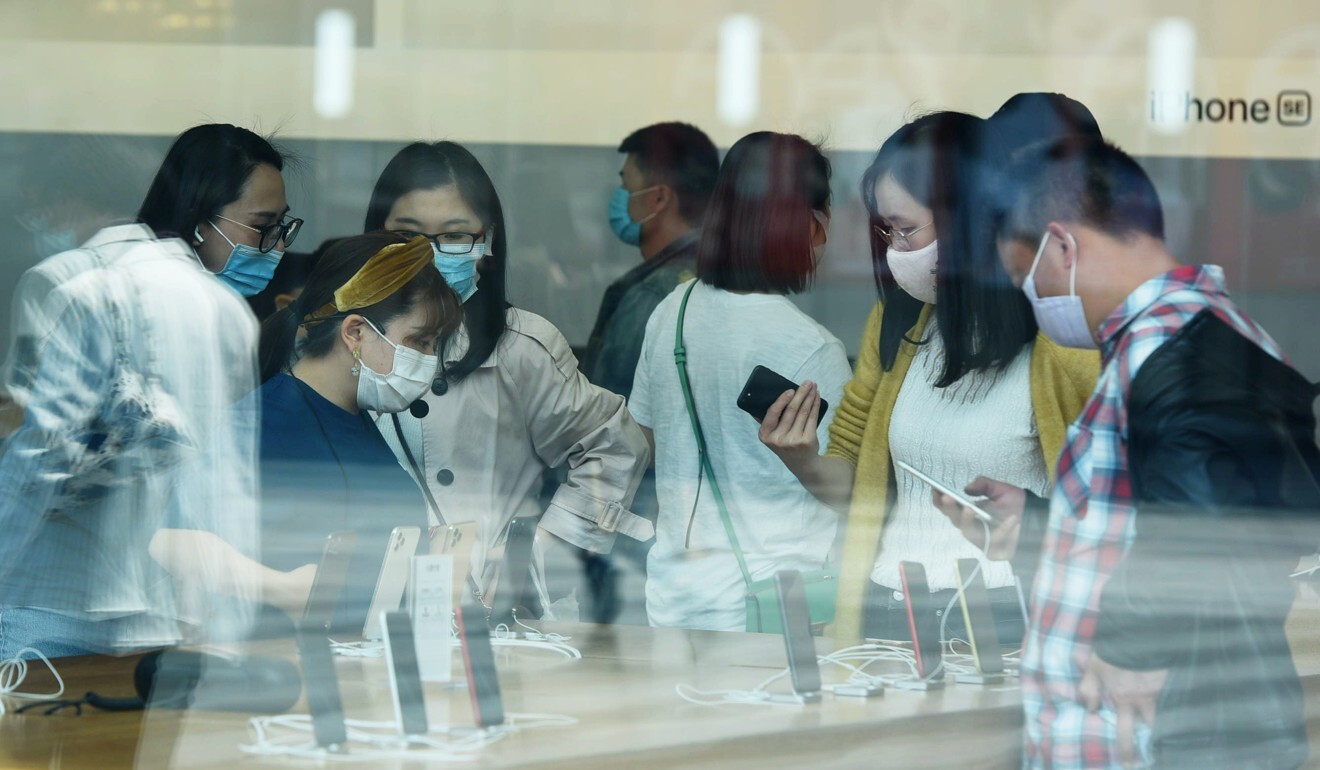 The setback contributed to the product delay at Apple: the much-anticipated March release of the new iPhone was first postponed by the manufacturing pause in China, then later by delays in the supply chains beyond China.

“Our scenario now assumes the 5G iPhones do not get released this fall due to the global lockdown-like conditions with the supply chain in Asia still on a path to normalisation,” said Dan Ives, who follows Apple for Wedbush Securities. Ives said he did not expect the iPhone 12 launch to take place until after October.

Intel, the silicon-chip giant, has also pointed to the disruption caused by the shutdown outside China as well.

Based in Santa Clara, California, Intel said its manufacturing operations in the US, Ireland, Israel, Malaysia and Vietnam have all been seriously affected by the outbreak. 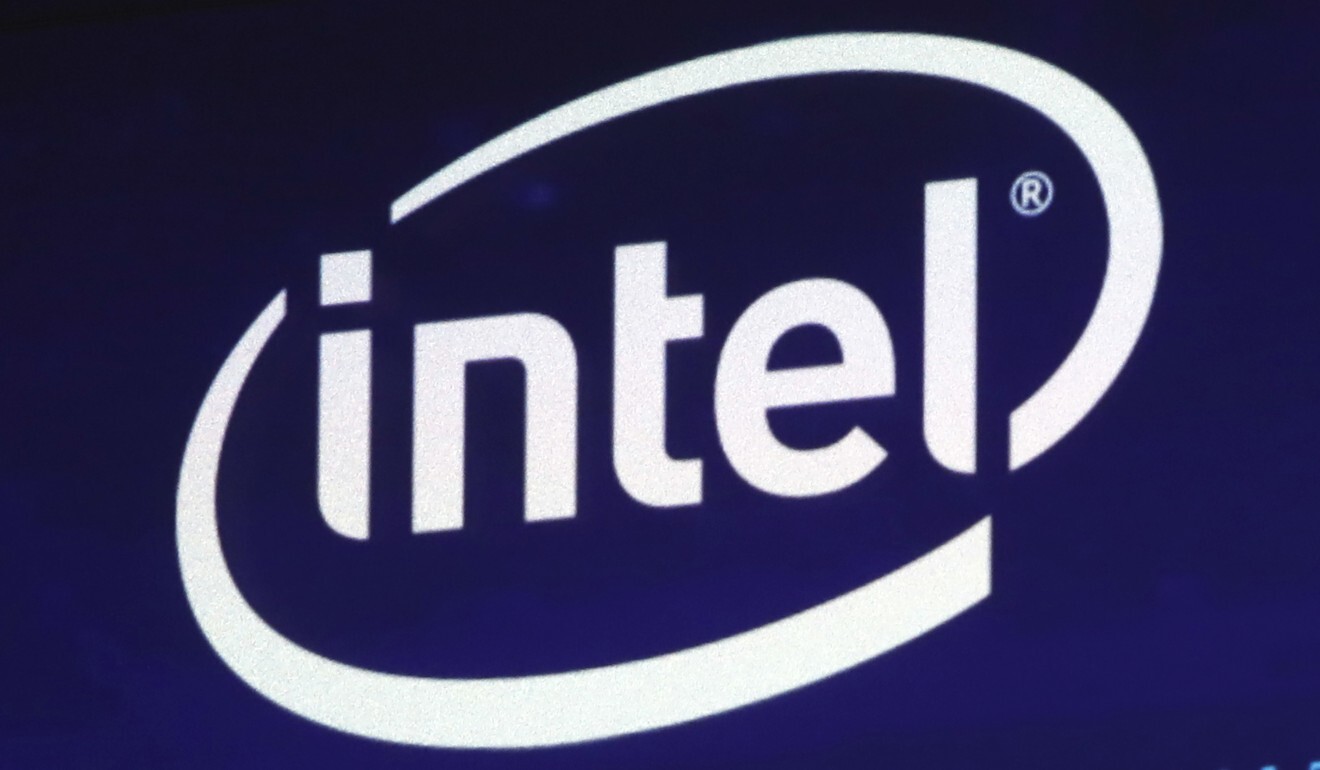 At an investor call late last month, Intel joined many tech companies in withdrawing full-year guidance about its prospects because of uncertainty caused by the pandemic. Coronavirus-related shutdowns in some countries where Intel operates have stalled construction projects, George Davis, its chief financial officer, said.

Employees have tested positive for coronavirus at Intel’s California, Arizona and Oregon locations.

“Current and future restrictions or disruptions of transportation, such as reduced availability of air transport, port closures, and increased border controls or closures, can also impact our ability to meet demand,” Intel said.

The prolonged disruptions have prompted tech companies to consider whether relying on other countries for parts and manufacturing remains a good idea.

“Global supply chains have brought amazing benefits for people in all economies. It’s precisely the reason why we have luxury in our daily lives like computers that cost only a couple of hundred dollars,” Shannon O’Neil, a senior fellow at the Council on Foreign Relations, said at an event sponsored by Foreign Policy last week.

“It will be everyone’s loss if there is a pullback,” she warned. “It will make us poorer and less prosperous.”

Even so, the pandemic reminds businesses, particularly tech companies, of the vulnerability that comes with that reliance.

Now the US and much of Europe, even in regions where confirmed cases continue to increase, are moving to reopen. As of Friday, a majority of US states have either loosened restrictions to various degrees or plan to – though leading health experts have suggested that Covid-19 could return in the fall and even become a seasonal disease like the flu.

“If for the foreseeable future, this is going to be part of our daily life, these [supply chain] issues will continue and companies will have a lot of disruption,” said John Scannapieco, chair of the global business practice at the Baker Donelson law firm. – South China Morning Post

Not made in China is global tech’s next big trend