HQ Trivia brings back sports quiz thanks to anonymous investor

HQ Trivia is bringing back its sports contests, part of a revival of the once-popular mobile-phone quiz platform.

The app is partnering with Anheuser-Busch InBev NV’s Busch beer brand to relaunch HQ Sports, according to Rus Yusupov, co-founder. The first sports show will happen May 10 at 5pm New York time with a prize pool of US$2,500 (RM10,811) then continue Thursday and Sunday evenings.

"With this void now that people are feeling without live sports, we can bring sports fans together,” Yusupov said. "We think we can really provide an enriching experience around this passion point.”

HQ Trivia became an overnight sensation in 2017 with its live, mobile trivia show, which handed out cash prizes each day. At its peak, the flagship general-interest quiz had 2.4 million concurrent viewers, with the company launching category-specific spinoffs based on sports and movies. Yusupov said HQ Sports was consistently one of its more-popular offerings, with a player base separate from other games.

But interest dropped off, and the company ran out of cash in February after a failed acquisition. For a while, HQ Trivia couldn’t afford severance for the 25 employees it let go on Valentine’s Day.

In late March, however, the app was back up and running thanks to money from an investor who wants to remain anonymous. Shows during the pandemic, when many people are stuck at home and spending more time on screens, are averaging around 120,000 concurrent players, more than the 80,000 the company was averaging when the app shut down.

As part of the reboot, HQ Trivia is also donating money to Covid-19-related charities. That will continue under the HQ Sports banner. – Bloomberg Banish notification requests for good with your browser settings 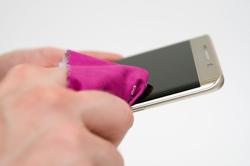 Smartphones are no germ spreaders, but you should clean them anyway