After the triumph of ‘Animal Crossing’, a thin pipeline for Nintendo

Despite the runaway success of ‘Animal Crossing: New Horizons’, the Japanese company’s current games slate is marked by an absence of blockbuster names, with Nintendo on May 7 pointing to updates and expansions to titles already on the market like ‘Super Smash Bros’. — Reuters

Nintendo on May 7 said Animal Crossing, which has become an escapist hit for players locked down by the coronavirus, is one of 27th Switch titles to shift more than a million copies, following games populated with characters such as Italian plumber Mario and sword-wielding fighter Link.

But the Japanese company's current games slate is marked by an absence of blockbuster names, with Nintendo on Thursday pointing to updates and expansions to titles already on the market like Super Smash Bros.

Rival Sony Corp has already been forced to announce delays to major titles such as The Last Of Us Part II as the coronavirus impacts production. Nintendo, which is traditionally tight-lipped about releases, has refrained from outlining upcoming titles since the start of the outbreak.

Nintendo said on Thursday it sees a fall in software sales to 140 million units in the current financial year, even as Animal Crossing proves a runaway success, selling more than 13 million units in its first six weeks.

The company's shares fell 3.5% in early trading in Tokyo on Friday, compared with a 1% rise in the benchmark index.

The Switch device's growing back catalogue includes titles, like Legend Of Zelda: Breath Of The Wild, with a dedicated fan base and a longer shelf life than games on other systems.

Because users will still buy the Switch to play older games, Nintendo is under less pressure to announce games before they are ready, said Hideki Yasuda, an analyst at Ace Securities.

Fans are still waiting for details on hotly anticipated titles such as the sequel to Breath Of The Wild, which was again categorised as "To-Be-Announced" in filings on Thursday.

Many consumers are also unable to find Switch hardware itself, with Nintendo's lean supply chain stretched further by the coronavirus outbreak. CEO Shuntaro Furukawa said he sees disruption easing by the summer.

Some 85% of fourth-quarter software sales were titles developed by Nintendo. The sales momentum serves as a rejoinder to critics who point to the threat from entrants such as Google and Apple.

Rather, gamers who want to hoover up ghosts in Luigi's Mansion or engage in an inky turf war in Splatoon must buy a Nintendo system. – Reuters

Opinion: Nintendo’s ‘Animals’ may be a Covid-19 Netflix moment

Coronavirus won’t stop ‘The Last Of Us Part 2’ after all. Did a leak get the game a June release? 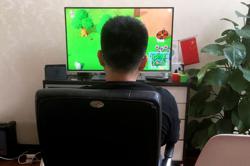 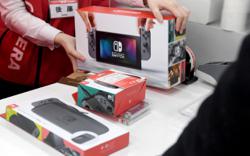 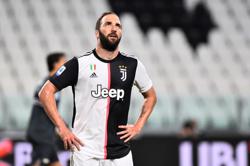