While Sweden has opted against the total lockdown seen across much of Europe, physical house viewings have slowed as most people observe social distancing measures.

"The apartment we are showing today is around 40 square metres, so it really is not appropriate to have too many people," said real estate agent Daniel Fredricson, holding a livestream viewing in the suburb of Bromma in Stockholm.

"We get around that by trying to digitalise a lot by offering online viewings," he said.

Following the 15 minute virtual viewing, 12 people left their details before the bidding process for the 43 square metre apartment, on the market for 2.495mil Swedish crowns (RM1.08mil), began.

A handful of couples also turned up for a physical viewing a few minutes later – trooping in one by one to avoid overcrowding.

Sweden's housing market has enjoyed a bull run for most of the last three decades, barely pausing during the financial crisis of 2008-9 and registering a roughly 10% fall in late 2017-early 2018, when tougher mortgage rules were introduced, before picking up again.

Now the economy is set for its worst year since the start of World War Two. The government reckons gross domestic product (GDP) will fall 7%.

Housing prices are set to drop. The question is how far.

With housing prices in Stockholm down 4% in just the last two weeks of March and a further 2% in the first half of April, according to market trackers HOX Valueguard, the viewers in Bromma were hoping to get a good deal.

"We are not going to be the first to put in a bid," said Ulrika Roos, 52, who was viewing the apartment with her 22-year-old son. "You always hope to get a good deal, but I think there is always a market for good apartments." – Reuters 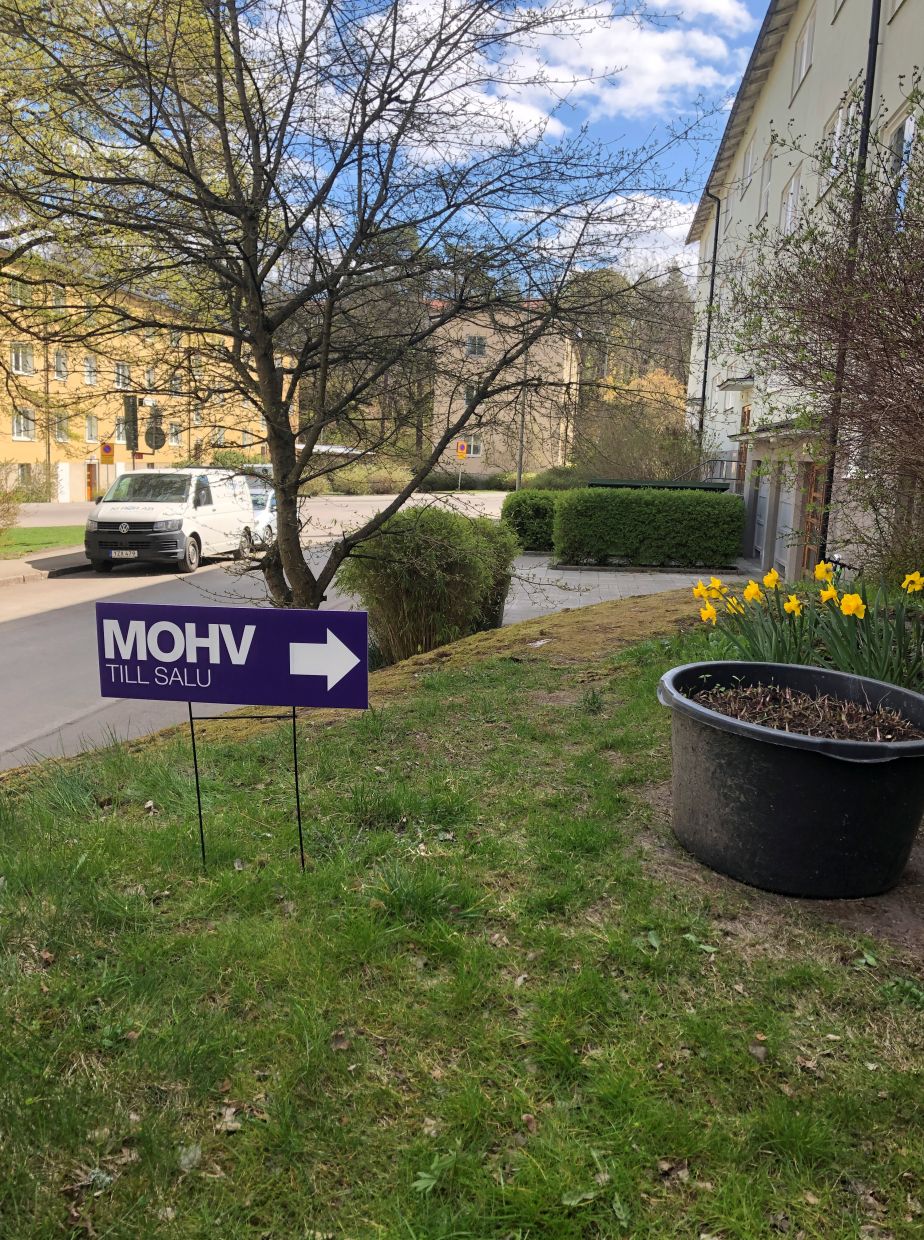 General view of an apartment for sale in the district of Bromma, in Stockholm, Sweden. — Reuters

A real estate sign is seen outside an apartment for sale in Stockholm, Sweden. — Reuters

A real estate sign is seen outside an apartment for sale in Stockholm, Sweden. — Reuters