Covid-19: Facebook removes anti-quarantine protest events in some US states

Demonstrators gather to protest against the state’s extended stay-at-home order to help slow the spread of the coronavirus disease (Covid-19) in Harrisburg, Pennsylvania, US. Facebook, which has been under pressure to police harmful content and misinformation related to the pandemic, said it would only take down anti-quarantine protest events if they defied government guidelines. — Reuters

Facebook Inc said on April 20 that it has removed events in Nebraska, New Jersey and California promoting protests against stay-at-home measures amid the Covid-19 pandemic caused by the new coronavirus.

But the social media company, which has been under pressure to police harmful content and misinformation related to the pandemic, said it would only take down anti-quarantine protest events if they defied government guidelines.

Stay-at-home orders, which experts say are essential to slow the spread of the virus but which have battered the US economy, have been enacted at the state level.

Facebook said it would align with those directives, and also remove events that defy social distancing guidelines. Facebook is seeking guidance to clarify the scope of state orders in New York, Wisconsin, Ohio and Pennsylvania.

"Unless government prohibits the event during this time, we allow it to be organised on Facebook," said Facebook spokesman Andy Stone. "For this same reason, events that defy government’s guidance on social distancing aren’t allowed on Facebook."

While the majority of Americans agree with the restrictions, according to a Pew Research Center survey in April where 66% of respondents said they were more concerned that restrictions would be lifted too quickly rather than not quickly enough, protests have flared up across several states.

On April 19, an estimated 2,500 people rallied at the Washington state capital of Olympia to protest the governor's stay-at-home order and hundreds gathered at Colorado's state capitol.

White House guidelines to reopen the economy recommend that a state record 14 days of declining case numbers before gradually lifting restrictions. But protests have taken on a partisan tone and on Friday, Republican President Donald Trump appeared to encourage protesters in tweets calling to "LIBERATE" Michigan, Minnesota and Virginia, all states run by Democratic governors.

Twitter Inc ruled that Trump's tweets did not violate its coronavirus guidelines, saying that Trump's words did not clearly suggest harmful physical intent.

Asked about the use of Facebook to organize protests to defy social distancing orders, CEO Mark Zuckerberg told ABC News on Monday that content suggesting social distancing would not be effective in stopping the virus’s spread would be removed as it would "classify as harmful misinformation”.

Facebook’s policy relates to events on the site: some large Facebook groups where anti-quarantine activists have organized have been allowed to operate and have gained traction on the site. Three anti-quarantine Facebook groups targeting Wisconsin, Ohio and Pennsylvania, which appeared to be managed by some of the same administrators, had about 180,000 combined members on Monday after their creation last week.

These groups linked to online forms for contacting state legislators to urge them to open up the states for business. The "Pennsylvanians Against Excessive Quarantine" group promoted Monday's drive-in protest at the state's capitol in Harrisburg and streamed a live video of people gathered on the streets at the rally. — Reuters 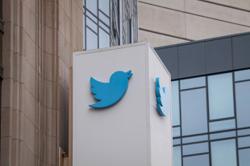 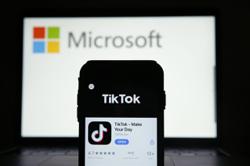 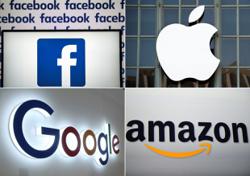