San Francisco-based Yelp, which relies on users to pen restaurant and small business reviews, said it’s laying off 1,000 people this week and furloughing another 1,100 – in all, about a third of its workforce. — Dreamstime/TNS

A flurry of job cuts announced this week by Yelp Inc, Eventbrite Inc and Toast Inc serves as a stark reminder of the deepening toll that the global coronavirus pandemic is taking on parts of the technology industry dependent on the people-to-people interaction that’s now come to a standstill.

San Francisco-based Yelp, which relies on users to pen restaurant and small business reviews, said it’s laying off 1,000 people this week and furloughing another 1,100 – in all, about a third of its workforce. Ticketing company Eventbrite cut as many as 500 jobs Wednesday, roughly 45% of its total, while another 1,300 people were fired from Boston-based Toast Inc, a maker of software for restaurants. In February, Toast raised US$400mil (RM1.72bil) in new venture capital funding.

Those are three of the four biggest rounds of cuts from the tech industry made public since early March, according to Layoffs.fyi, which has been tracking cuts at US startups and other tech companies since the coronavirus was declared a global pandemic. In all, more than 200 companies have reported more than 18,000 layoffs, according to the site. That includes hundreds of job cuts and furloughs from companies like deal site Groupon Inc and real estate startup Redfin Corp.

The total is minuscule compared with the 6.6 million people who, according to the US Labour Department, filed for US unemployment benefits last week. In the retail industry alone, more than 1.3 million people have been furloughed as stores and restaurants shut their doors. Even so, the number for tech is bound to climb as more companies count the cost of what the International Monetary Fund says will be the worst recession since the Great Depression. "This is going to get worse and worse," said Roger Lee, a tech entrepreneur who started Layoffs.fyi and previously co-founded a business called Human Interest that helps startups manage employee retirement accounts.

Scores of software makers and Internet companies rely on retail, travel and food industries, and many will look for ways to trim costs in the wake of the Covid-19 outbreak. "Those are the industries where they’re not going to have revenue,” said Jillian Ryan, principal analyst at eMarketer. "And when you don’t have revenue [this] happens.”

Yelp, for example, depends on brick-and-mortar retailers for advertising. The company makes 96% of its revenue from local businesses, Matthew Thornton, an analyst at SunTrust, wrote in an investor note Thursday. "We expect Yelp to be amongst the hardest hit by coronavirus within our coverage,” he added. Toast, too, was hurt by its reliance on eateries. "As a restaurant management platform, our success is tightly coupled with the success of the restaurant industry,” CEO Chris Comparato wrote on the company blog Tuesday. "There is no playbook for navigating a global pandemic,” he added.

The travel industry has been particularly hammered, with airlines expected to cut some travel routes by as much as 90% this summer. Online travel companies like Expedia Group Inc. and Booking Holdings Inc. have been among those feeling the impact of the global travel decline. Expedia said in February that it’s cutting 3,000 jobs, or about 12% of its workforce, saying it wanted to streamline a "bloated organisation” and return to more disciplined growth. There was no mention of the coronavirus in the announcement, but by then the virus was well on its way to becoming a pandemic and had already begun curbing travel. Both companies have also withdrawn earnings forecasts.

Businesses directly affected by government-issued stay-at-home directives are just the first wave of companies that will eliminate jobs, Lee predicts. He started Layoffs.fyi as a personal project to track these moves and help other employers that are hiring find available talent. Wave one includes companies where "revenues take an immediate and large-scale dive,” he says. "The scary thing is I don’t think the first wave is over yet,” he added, mentioning business like Uber Technologies Inc, Lyft Inc and Square Inc that could be poised to suffer woe. Many Uber and Lyft drivers have already been sidelined because passengers are staying home or otherwise shunning interaction.

The next wave of layoffs, he believes, will come from companies with businesses one layer removed, like financial tech, marketing and recruiting. The most secure businesses may be in enterprise software, he says. "Those are the best positioned out of all the startups, relatively speaking, because they have longer term contracts,” Lee says.

Bigger companies with larger cash holdings have signaled that they have no plans to cut jobs. Salesforce.com Inc chief executive officer Marc Benioff has pledged he won’t lay off any workers for at least 90 days. Microsoft Corp’s LinkedIn has made a similar promise, according to TechCrunch. Cisco Systems Inc CEO Chuck Robbins has also told his company's roughly 75,000 employees not to worry about losing their job. "To me it’s just silly for those of us who have the financial wherewithal to absorb this, for us to add to the problem,” he said this week. "It’s illogical.”

At Facebook Inc, the company says its business has been weakened by declines in digital advertising, but still plans to add workers in 2020. "Our hiring is keeping at a very, very aggressive clip,” chief operating officer Sheryl Sandberg said earlier this month. Amazon.com Inc, meanwhile, has announced plans to hire 100,000 people to help meet online shopping demands, and the career page at Alphabet Inc’s Google still lists hundreds of job openings and descriptions.

In fact, the ability to hire at a time of economic uncertainty is a competitive advantage, Lee says. While startups shed staff and cut costs, the world’s biggest technology companies may be seen as safe harbour for people hoping to find some stability.

"There’s gonna be a flight to safety for [tech] talent,” says Lee, who added that he has friends who have joked about "sheltering” at Google or Facebook to ride out this period of uncertainty. "They are not going to leave to start companies or take a risk at a smaller startup.” – Bloomberg 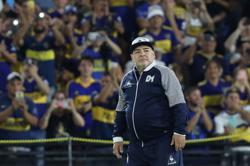 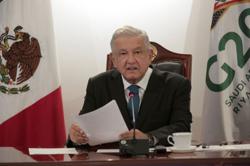