LONDON: A new version of a breathing aid that can help coronavirus patients has been developed in less a week by a team involving Mercedes Formula One, and is being trialled at London hospitals.

Continuous Positive Airway Pressure (CPAP) devices have been used in China and Italy to deliver air and oxygen under pressure to patients' lungs to help them breathe without the need for them to go on a ventilator, a more invasive process.

The new CPAP has already been approved by the relevant regulator and now 100 of the machines will be delivered to University College London Hospital for trials, before being rolled out to other hospitals.

Reports from Italy indicate that approximately 50% of patients given CPAP have avoided the need for invasive mechanical ventilation, which involves patients being sedated, freeing up ventilators for those more in need.

"These devices will help to save lives by ensuring that ventilators, a limited resource, are used only for the most severely ill," UCLH critical care consultant Professor Mervyn Singer said in a statement on March 30.

"We hope they will make a real difference to hospitals across the UK by reducing demand on intensive care staff and beds, as well as helping patients recover without the need for more invasive ventilation."

The new breathing aid was developed by engineers and clinicians at UCLH teaming up with Mercedes-AMG High Performance Powertrains who worked at UCL's MechSpace hub to reverse engineer a device that can be produced quickly.

Asked about the risk to healthcare workers of using CPAPs as contaminated droplets can escape from the device, Professor Rebecca Shipley, Director of UCL Institute of Healthcare Engineering, told the BBC, that the risks were very low if those workers wore appropriate personal protective equipment.

She also said that the new device could be scaled up very quickly.

"Mercedes can make 1,000 a day within a week, and if the tests go well they can be in the NHS by the end of this week," Shipley told BBC radio.

Development of the new device took fewer than 100 hours from initial meeting to production of the first one. The team working on it also includes Oxford Optronix, a small company that will manufacture the oxygen monitors for the CPAP devices.

Britain announced separately on March 30 that it has placed an order for 10,000 ventilators to be made by a consortium of companies including Ford, Airbus and Rolls-Royce as part of efforts to fight the coronavirus, an industry source said. – Reuters 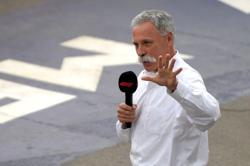