Police locate three violators, including one with fever, within hours of arrival and send them to government quarantine facilities or hospitals. Chief Executive Carrie Lam says incidents are ‘very disappointing and distressing’, while appealing to those in quarantine not to defy the law. — SCMP

A video clip showing a 13-year-old girl under quarantine going out for dinner in Hong Kong was among four suspected violation cases that have gone viral, sparking a public uproar as the city battles a surge in coronavirus cases and its leader warned of zero tolerance against anyone breaking self-isolation rules.

Police have located three violators within hours of their arrival and sent them to government quarantine facilities or hospitals immediately.

Chief Executive Carrie Lam Cheng Yuet-ngor on Tuesday said it was “very disappointing and distressing” to know people were still violating the rules.

A reporting hotline will soon be set up for the public to rat the offenders out, Lam said.

“These people who openly violated the mandatory home quarantine order will increase the risk of virus transmission. The behaviour is very irresponsible,” Lam said. “We appeal to these groups of people not to defy the law, and is it worth leaving a criminal record for going out once?” 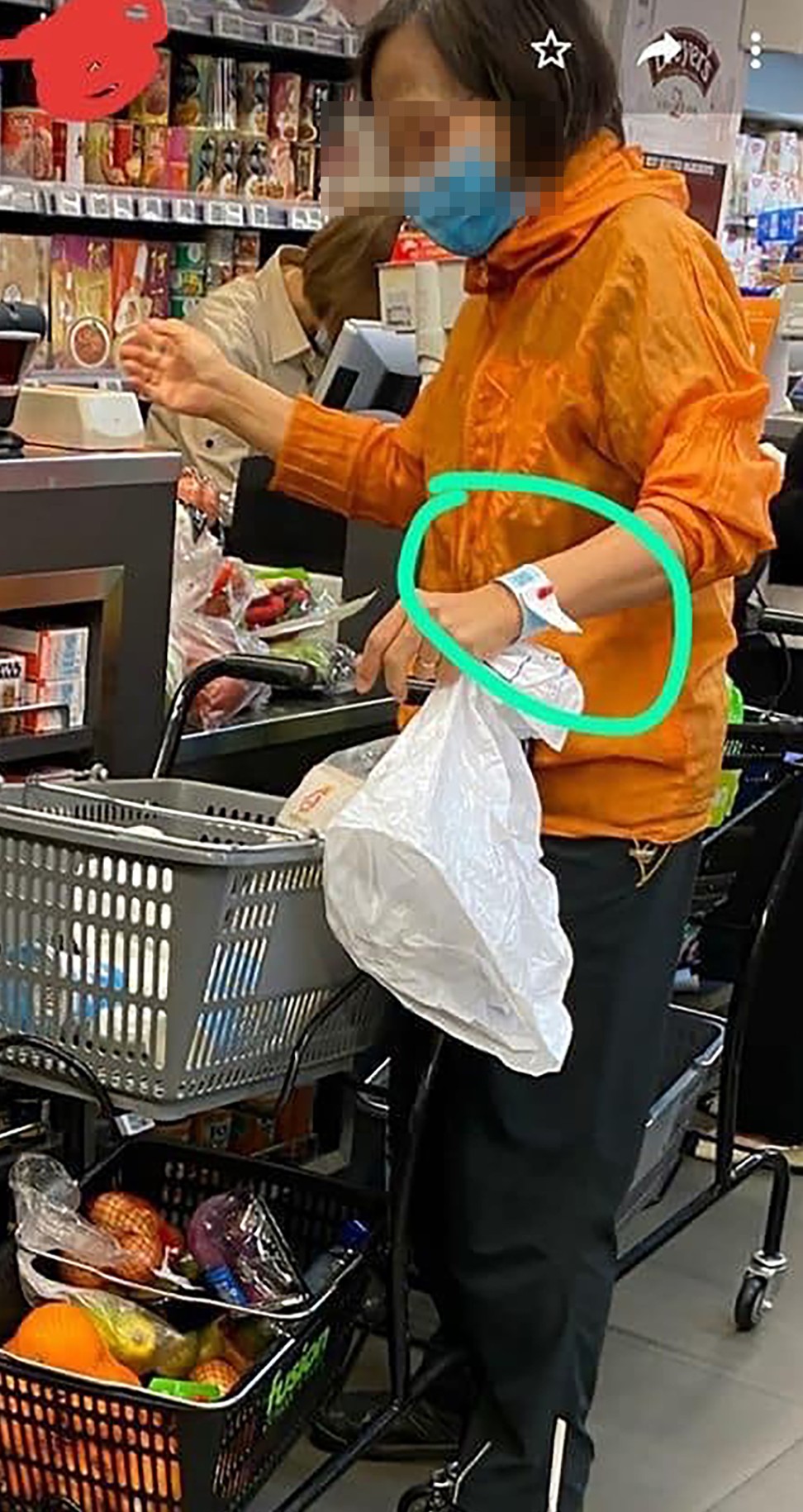 All arrivals into Hong Kong from overseas need to follow a 14-day mandatory home quarantine order since last week, but some have openly flouted the rules, raising concerns over loopholes in the system.

Despite repeated warnings of legal actions against offenders, videos and pictures have emerged of people with quarantine wristbands going out for dinner and to buy daily necessities from supermarkets.

A 13-year-old girl in home quarantine was sent to a government quarantine facility after being found dining in a Japanese restaurant on On Kwan Street in Sha Tin on Monday night with her uncle.

Her case came to light when the girl, wearing a wristband, was discovered by another diner while she was leaving the restaurant. The diner then started videotaping her.

“Why did you come out with a wristband? Don't leave, I'm calling police!” the man who captured the video was heard saying. He also asked a taxi driver not to drive the girl when she and her uncle tried to get into the car.

The five-minute video ended with the pair running into a hotel to seek help. A police spokeswoman said the girl was later located by officers at the Courtyard by Marriott hotel in Sha Tin.

A customer, Vincent Tang, who was at the scene at the Japanese restaurant, narrated his experience to the Post. He said the man who took the video sat next to the girl, and he warned everyone present there to leave immediately after noticing the girl had a wristband.

“I was terrified, I went there just to have a quick dinner after work,” he said. “The behaviour of the girl was irresponsible. Although she’s not a confirmed case, everyone has reasons to be scared.”

The Japanese restaurant said all equipment, including utensils and menus the pair had used, had been destroyed immediately. The store will be closed on Tuesday for sanitisation.

According to a law enforcement source, the girl, who studies in the US, arrived in the city from New York on Monday evening. Another source said her uncle had booked a room at the hotel for her and the pair had gone out for dinner before checking in.

The girl was sent to the quarantine facility in Fo Tan shortly after Monday midnight. 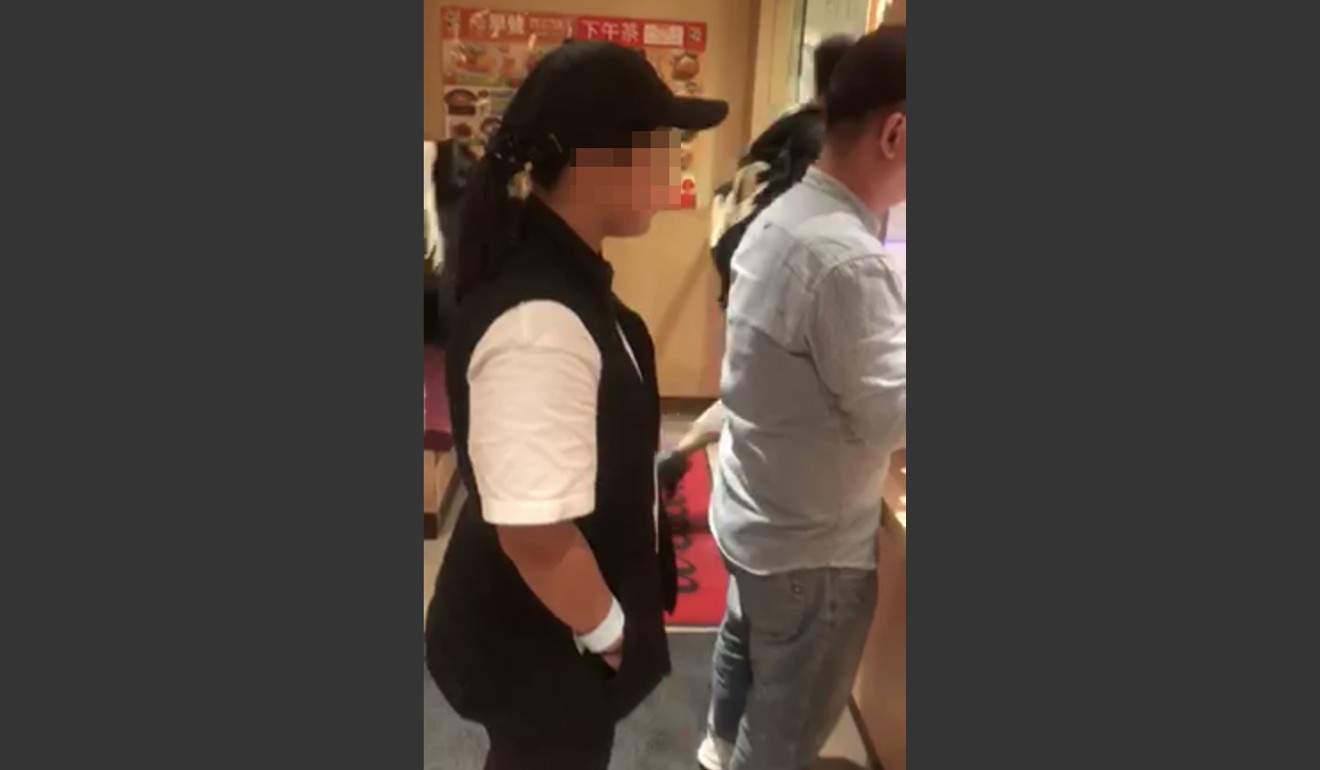 In another case in the early hours of Tuesday, a 24-year-old man wearing an electronic wristband was found enjoying his meal with his friend at a noodle shop in Tsuen Wan. Other customers called police upon noticing his wristband.

The man was found to have a fever and was sent to Yan Chai Hospital, where he was admitted into an isolation ward.

A law enforcement source said the man was under compulsory quarantine at his Tseun Wan home and was given the wristband after his return from Malaysia last Thursday.

Police also confirmed another case on Monday night, upon notification from the Office of the Government Chief Information Officer (OGCIO), that a person in compulsory home quarantine in Ma On Shan was suspected to have left home. The man was later sent to the government quarantine camp in Fo Tan.

“Such behaviour has created a serious threat to public health,” police said in their statement, adding they would continue to work closely with the Department of Health and follow up on suspected violators of the quarantine order.

In another case, a woman, with her wristband on, was found shopping at a supermarket in Whampoa, Hung Hom. Pictures of her paying at the store have gone viral.

The government on Saturday announced a “zero-tolerance” policy, suggesting anyone defying the rules would be prosecuted without warning. The maximum penalty is a fine of HK$25,000 (RM14,284) along with imprisonment for six months. The violators will also be sent to the government quarantine facilities immediately.

So far, five people have been sent to the quarantine centres for leaving their dwelling places without permission, while police were looking for another 36 violators.

Lam said the authorities had dispatched about 6,000 to 7,000 wristbands a day over the past week on average. But questions have also been raised about the effectiveness of the wristbands.

The OGCIO, responsible for the technical support of the wristbands, said returnees were paired to a mobile app. From time to time, the returnees will have to use the app to scan the QR code, and their locations will be automatically reported to the office.

If the phone is taken out of the designated quarantine area, the app will prompt the person to scan his wristband, and the Department of Health and police will be alerted if he is not able to scan the band within a minute.

The Post has contacted the OGCIO for comments on how long it will take for the departments to discover if the returnees have left home. — South China Morning Post