The week that Microsoft's Xbox listed the system specifications for its Xbox Series X console – the same week that the 2020 Game Developers Conference was due to take place – Sony's PlayStation division will be unveiling more of its PlayStation 5 console.

A presentation scheduled for 9am PT is to provide "a deep dive into PS5's system architecture, and how it will shape the future of games" through the brand's US blog.

The event's start time equates to 12pm EST, 4pm GMT, 5pm Central Europe, 6pm South Africa, and 9.30pm India, then midnight on March 19 in Singapore, Malaysia, the Philippines, and Beijing, China, 1am in South Korea and Japan, and 3am in Sydney, Australia.

A tweet from PlayStation's Japanese arm referred to the English-language presentation as content that would have been destined for the 2020 Game Developers Conference.

What can we expect? Based on previous interviews and presentations, Cerny is likely to supply more detailed descriptions of the console's CPU and GPU, Solid State Drive, and its support for Ray Tracing, game discs, 3D audio, backwards compatibility and 8K resolution graphics.

What's the Xbox context? Later that day, Xbox is to present a livestreamed panel talk on the Series X console and cloud gaming service Project xCloud starting at 11.55am PT (2am next day, Malaysia) on mixer.com/GameStackLiveCC.

Xbox provided a technical overview for the Series X on March 16.

The console will comprise an eight-core 3.8 GHz custom Zen 2 CPU and a 12 teraflop, 52 compute unit 1.825 GHz custom RDNA 2 GPU. It will have 16GB of GDDR6 memory, a 1TB SSD, and a 4K UHD Blu-Ray Drive, targeting 4K graphics at 60 frames per second, with support for up to 120 FPS and backward compatibility with existing Xbox One games.

Both Xbox Series X and PlayStation 5 are to launch in time for Holiday 2020 at the end of the year, though neither have provided a narrower window nor pricing information.

Both are to lean on solid state drives after generations of reliance on slower platter disc hard drives, while ray-tracing technology will provide visual and audio advancements.

While the two console platforms are expected to be largely similar, as was the case with the PS4 and Xbox One, differentiation would take place through the use of proprietary technologies layered on top.

Xbox has also been building momentum through the use of its competitively priced library subscription scheme, Xbox Games Pass. – AFP Relaxnews 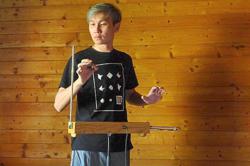