Sorvino said although more laws were in place to combat sex trafficking, there were far too few prosecutions compared with the millions of people trafficked globally, with traffickers increasingly using the Internet to groom victims. — AFP

NEW YORK: Hollywood actress Mira Sorvino called on March 5 for more action to be taken against pimps and men buying sex in a bid to end sex trafficking, voicing fears that online pornography and grooming of vulnerable targets were fuelling the problem.

The 52-year-old Oscar-winning actress became actively involved in campaigning against sex trafficking around 2005 after working with Amnesty International and realising that slavery still existed but had gone underground.

She became a UN Goodwill Ambassador to Combat Human Trafficking in 2009 and has travelled globally to push for laws against human trafficking and support for survivors.

Sorvino has also become active in the #MeToo and Time's Up movements and one of the most vocal women to speak out against former producer Harvey Weinstein regarding harassment in a hotel in 1995. Weinstein faces sentencing for sex assault and rape.

Sorvino said although more laws were in place to combat sex trafficking, there were far too few prosecutions compared with the millions of people trafficked globally, with traffickers increasingly using the Internet to groom victims.

"So much is happening on the Internet. Traffickers are targeting kids through games," Sorvino told the Thomson Reuters Foundation ahead of a UN Women For Peace Association panel discussion to push for more action to end sex trafficking.

Traffickers and pimps lure children in foster care, homeless teens, trans teens and others who are vulnerable, she said. "These people are experts at targeting them."

Women account for an estimated 71% of slavery victims worldwide but 99% of those enslaved for commercial sex, with sex trafficking estimated by campaign group Equality Now to be a US$99bil (RM413.07bil) a year industry.

The United Nations has set a global goal to end modern slavery and human trafficking by 2030.

"Ending it is going to be very difficult. The number of convictions we have compared to the enormity of the problem is still very low," said Sorvino, a graduate of Harvard University.

More countries should follow the Nordic model of decriminalising the people who are sold for sex but criminalising pimps and buyers, she said.

"To end sex trafficking, you also have to look at demand," she said. "This is becoming harder and harder as the Internet is feeding into the casual... pool of voyeuristic purchases."

Ending sex trafficking also means creating opportunities for marginalised people to battle poverty and a lack of education, especially for girls and minorities, she said.

Sorvino, who won an Academy Award for best supporting actress as a prostitute in Woody Allen's 1995 film Mighty Aphrodite, received Golden Globe nominations for a mini-series Human Trafficking in 2005 that focused on three female victims.

She also appeared in a CNN documentary on child sex trafficking in Cambodia and a 2012 movie Trade Of Innocents about a couple grieving the loss of their daughter who set out to rescue girls sold into the sex slave trade.

"I try not to do every film about it, but the topic does come across my desk," she said.

The president of the UN Women for Peace Association, Barbara Winston, said the non-government organisation was on a mission to compile a list of recommendations this year on how to better tackle violence against women including trafficking.

"We hope to use that to raise the urgency," Winston said. – Thomson Reuters Foundation 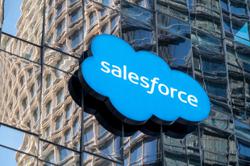