A paramedic works with a centrifuge to test blood samples taken from patients suspected of being infected with the new coronavirus, at a hospital in Tehran, Iran. NetBlocks described the disruption to accessing Farsi Wikipedia as being nationwide, saying its technical testing suggests the online encyclopedia is being blocked by the same mechanism used to block Twitter and Facebook. — AP

DUBAI, United Arab Emirates: Wikipedia's Farsi-language website appears to be disrupted in Iran after a close confidant to the country's supreme leader died of the new coronavirus, an activist group said Tuesday, as the Islamic Republic suffers the highest death rate from the epidemic outside of China.

The advocacy group NetBlocks linked the death of Expediency Council member Mohammad Mirmohammadi to the disruption, though Iranian officials and its state media did not immediately acknowledge it. Authorities face increasing criticism from the Iranian public over the outbreak amid concerns the number of cases from the virus may be higher than currently reported.

After downplaying the coronavirus as recently as last week, Iranian authorities now say they have plans to potentially mobilise 300,000 soldiers and volunteers to confront the virus.

NetBlocks described the disruption to accessing Farsi Wikipedia as being nationwide, saying its technical testing suggests the online encyclopedia is being blocked by the same mechanism used to block Twitter and Facebook. Those social media websites have been banned since Iran's disputed 2009 presidential election and Green Movement protests.

"The new restrictions come as Iran faces a growing crisis following the loss of senior state figures to coronavirus and a spate of criticism and misinformation have spread through social media,” NetBlocks said in its analysis.

The Wikimedia Foundation, which oversees the volunteer-edited encyclopedia, did not immediately respond to a request for comment. NetBlocks previously reported Internet disruptions affecting Iran in recent days and users across the Islamic Republic have reported problems.

The disruption raises fears of Iran potentially shutting off the Internet entirely again, as it did for a week during economic protests in November. Iran separately has created its own so-called "halal” net of government-approved websites.

Iran announced Monday that the virus had killed at least 66 people among 1,501 confirmed cases. There are now 1,700 cases of the new coronavirus across the Mideast. Of those outside Iran in the region, most link back to the Islamic Republic, which after China has the highest death toll from the COVID-19 illness caused by the virus.

Yet experts still worry Iran’s percentage of deaths to infections, now around 4.4%, is much higher than other countries, suggesting the number of infections in Iran may be far greater than current figures show. Saudi Arabia and Jordan meanwhile announced their first cases of the virus Monday. – AP 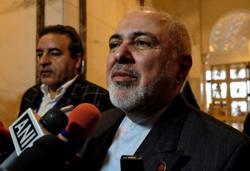 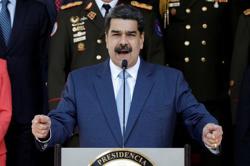 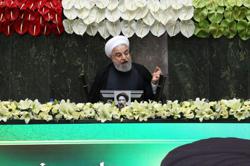