Future Earth said in a report that the digital age had developed so fast that policies to govern it had been unable to keep up, while discussions around tackling climate change had focused more on sectors such as transport or electricity. — Reuters

BARCELONA: As the digital revolution hurtles on at breakneck speed, states, businesses and individuals should work together to harness technology to create low-carbon, fairer societies – or risk that vision being undermined, a research group warned on March 2.

Future Earth said in a report that the digital age had developed so fast that policies to govern it had been unable to keep up, while discussions around tackling climate change had focused more on sectors such as transport or electricity.

"But it is not too late. The potential to leverage the digital age to benefit society and the planet is massive."

Those are highly influenced by technology and how it is used – from social media to satellite imagery and artificial intelligence, it added.

So far those working on climate change and sustainability have paid insufficient attention to how the digital world should be governed to support their efforts, Luers said.

"It actually should be part of our discussion. It is one of our issues because it is such a lever of societal transformation," the former senior environmental programme manager at Google told the Thomson Reuters Foundation.

The "Digital Disruptions for Sustainability" report, developed with input from more than 250 technology and environmental experts, highlighted four main areas shaping the social agenda that could be steered towards greener outcomes.

Satellites and other remote sensors, in cell-phones and elsewhere, are making transparency the norm and privacy harder to protect – for example, showing where and how deforestation is occurring in corporate supply chains.

Social media networks and the rapid spread of mobile devices have enabled climate activists and young people, like the "Friday for Future" school strikers, to collaborate in new ways.

Big data, machine learning and cloud computing have led to smart systems that allow more efficient energy use or the provision of climate services like insurance for poor farmers.

And virtual and augmented reality can merge the physical and cyber worlds, enabling people to "see" what a location would look like under different climate-change scenarios in future.

But whether the world will make the most of technology's potential for good and ensure its benefits are distributed evenly remains far from certain, Future Earth warned.

Owen Gaffney, a global sustainability writer at the Potsdam Institute for Climate Impact Research, said technology giants – from Microsoft to Apple and Facebook – had started to tackle the impact of their own activities by cutting emissions and using renewable energy.

Now, "that conversation needs to move on very quickly to the increasing influence they have over consumer behaviour", he added.

Gaffney, an advisor on the report, said Silicon Valley companies could potentially agree to "nudge" users of their services by promoting low-carbon products and healthy diets while charging more to advertise high-carbon goods and services.

But it was still unclear whether the digital revolution would contribute to driving the world towards highly risky global warming of at least 3° Celsius, or help support a transformation to limit temperature rise to 1.5°C, as governments are aiming for, he noted.

"That should be alarming to people, given (technology companies') influence over 4 billion people online," he added.

Luers said the time was ripe for dialogue, with many tech firms having grasped the extent of their social power and wanting to work out how they could be a "force for good".

Climate activists have criticised technology firms for continuing to provide services to clients in the fossil fuel industry, and supporting business models like online shopping that promote wasteful consumerism and high-emission shipping.

Lucas Joppa, chief environment officer at Microsoft and an advisor on the report, said the digital sector had to take "swift and concerted action" to curb its emissions and scale up clean energy.

Microsoft in January pledged to cut carbon emissions by more than half by 2030 across its supply chain and remove as much carbon from the atmosphere by 2050 as it has emitted in its 45-year history.

"By accelerating investment and deployment of AI solutions, we have the potential not only to mitigate climate-related risk for our businesses, but to fundamentally transform how we manage Earth’s natural resources for a more prosperous and climate-stable future," Joppa said in the report. – Thomson Reuters Foundation 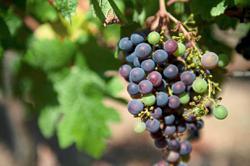 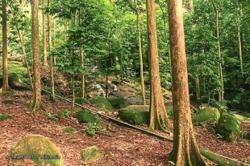