Huawei Mate Xs 5G is a new reiteration of the Mate X with improved display and faster processor. — Reuters

The Huawei Mate Xs 5G foldable phone will be available in Malaysia on March 20, according to a video announcement made by the company on Facebook.

The video revealed that the device will be offered as part of an exclusive partnership with Bonia, Malaysia Airlines, CIMB and Pavilion Kuala Lumpur.

Like its predecessor the Mate X, this device is also a dual-screen smartphone with flexible OLED display featuring a 6.6in (2,480 x 1,148 resolution) main screen and 6.38in (2,480 x 2,200) secondary screen on the back, but with a new mechanical hinge design. When unfolded, the device becomes a tablet with an 8in (2,480 x 2,200) display, which promises to deliver a wider screen viewing experience for multitasking, viewing videos and gaming.

The company explains that the Mate Xs’ wide display supports Multi-Window, allowing two apps to be displayed side by side. Users can also launch a third app through the Floating Window feature to perform simple tasks such as text messaging.

The device is equipped with a Kirin 990 5G octa-core processor with 8GB RAM and 512GB internal storage space, with external memory support (up to an additional 256GB) via a nano memory card. Huawei claims that its 5G SoC (system on a chip) includes an integrated 5G modem, thus allowing the device to deliver powerful performance with 5G connectivity.

The company claims the camera system has a combination of OIS and AI Image Stabilisation that can help users to achieve steady shots and up to 30x hybrid zoom. It also promises better images under low light settings due to its all-scenario camera system, which can reportedly support up to ISO 204800.

When the 8in tablet is folded back, the Chinese tech giant says users can utilise the camera setup on secondary display for selfies. The Huawei Mate Xs 5G will be launched with the revamped AppGallery, the company's official app distribution platform.

Other features for the device, which runs on EMUI 10.0.1, include a 4,500mAh battery, fast charging up to 55W, and side edge fingerprint sensor. Available in Interstellar Blue colour option, the device is currently priced at €2,499 (RM11,458). Local pricing has yet to be announced.

The Star has reached out to Huawei Malaysia for more details. Facebook is finally making it easy to delete old posts 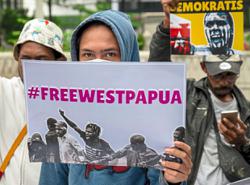 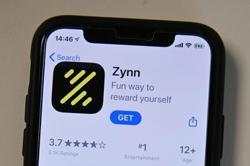