A file photo of medical workers preparing to check passengers arriving from Beijing at the Yaroslavsky railway station in Moscow, Russia. Russian authorities are going to great lengths to prevent the new coronavirus from spreading in the capital and elsewhere. In Moscow, city officials announced a slew of policies aimed at tracking down the few Chinese nationals remaining in the city, including raids on hotels and the use of facial recognition technology to target people evading quarantine. — AP

MOSCOW: Moscow is using facial recognition technology to ensure people ordered to remain at home or at their hotels under coronavirus quarantine do so, the mayor of the Russian capital said on Feb 21.

Russia has temporarily barred Chinese nationals from entering the country to curb the spread of the virus, but has welcomed Russians who return home with an order to spend two weeks at home, even in the absence of symptoms.

Sergei Sobyanin, the mayor of Moscow, said some 2,500 people who had landed in the city from China had been ordered to go into quarantine. To prevent them leaving their apartments, the authorities are using facial recognition technology in the city to catch any offenders, he said.

"Compliance with the regime is constantly monitored, including with the help of facial recognition systems and other technical measures," he wrote on his website.

In one case described by Sobyanin, surveillance footage showed a woman who had returned from China leaving her apartment and meeting friends outside. The authorities were able to track down the taxi driver who had taken her home from the airport thanks to video footage, Sobyanin said.

Sobyanin said the city was also forced to carry out raids against possible carriers of the virus, something he said was "unpleasant but necessary".

The Moscow mayor's office did not immediately reply to a request for comment.

Sobyanin said last month that the city had begun using facial recognition as part of its city security surveillance programme.

Kremlin spokesman Dmitry Peskov said he had not seen details of the actions being taken in Moscow but that measures to curb the spread of the coronavirus should not be discriminatory.

The clamp down on quarantine rules comes after a woman in St. Petersburg staged an elaborate escape from a hospital where she said she was being kept against her will.

The incident, which resulted in a court ordering her to return to the quarantine facility, raised questions about the robustness of Russia's coronavirus quarantine measures.

Russia has reported two cases of the illness – two Chinese nationals who have since recovered and been released from hospital, according to the authorities. – Reuters 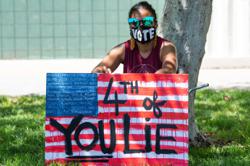 Amid reckoning on police racism, algorithm bias in focus 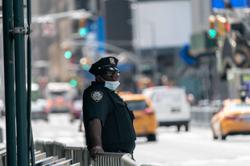 Facial recognition: IT and police in delicate dance