Due for release at some point in 2020 – precise dating to be confirmed by publisher Bandai Namco – Captain Tsubasa offers an alternative approach to sports simulation.

Instead of the hyper-realism of FIFA or Pro Evolution Soccer, Captain Tsubaba is about outrageous style, overblown character conflicts, and out-of-this-world special moves.

In the comic books and, particularly, the animated series it's based on, a long-running story shows how its hero never gives up and plays as part of a team.

Tsubasa's determination and persistence are foundational, enabling him to develop a world-class flair and ability.

Fantastical as it may be, Captain Tsubasa doesn't let go of a real world setting.

The star breaks through playing for school teams, at youth tournaments, for club sides in Brazil and Spain, and for Japan's national teams as various levels.

Though the series doesn't have licensed teams, it's usually pretty obvious which ones are being referenced; for example, Tsubasa goes professional with São Paulo's Brancos (São Paulo FC) and later transfers to Barcelona's Catalunya (FC Barcelona).

Famous players and managers are alluded to in a similar manner.

Announced for PlayStation 4, Xbox One, Nintendo Switch and PC, Captain Tsubasa: Rise Of New Champions is far from the first soccer game to offer a super-powered perspective on the sport.

The Mario Strikers games imbued players with all kinds of atypical moves, for example, and Nintendo World Cup back in the early 1990s featured shots strong enough to put opposition players on the deck.

Yet in an era when FIFA and PES dominate, Captain Tsubasa puts a fresh spin on a football-mad world with its heightened level of drama and technique. – AFP Relaxnews 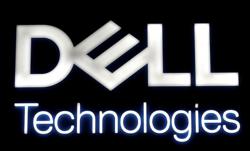