By Keegan Elmer and Guo Rui

Teachers take to social media to complain that touchy streaming services cut them off for terms and discussions that are important to lessons. Education ministry has started TV broadcasts to pupils in remote areas. — SCMP

Teachers across China have been cut off from their virtual classrooms for discussing politics, alleged profanity, and smoking when schools closed by the coronavirus outbreak started lessons online after an extended Lunar New Year break.

Frustrated by what they said were overreactions by censors and beset by technical problems, teachers, parents and pupils aired their grievances on social media.

Chinese networks are governed by strict laws against material deemed to be sensitive or lewd, and Internet companies comply through self-censorship and cooperation with official censors.

In one instance, a teacher who was blocked for using bad language during a livestream class on the social media network QQ wrote on WeChat on Monday: “I thought about it for a while, then I realised it was probably because I was describing genital anatomy.

“I teach obstetrics and gynaecology, what do you want me to say? I’ll bet all the professional terms I need to use will be suspected of being dirty words,” the teacher said.

In another case, which was reported on streaming platform Douyin, a politics teacher “disappeared” from class when his stream was blocked for the use of “sensitive” political terms, while in a third instance, a teacher who smoked a cigarette on camera was put offline.

Punishment for infringements of China’s Internet rules can range from a blocked or frozen account to fines or jail time.

China’s Cyberspace Administration and the Ministry of Education did not respond to questions about the censorship of teachers. It was unclear if any teachers faced action beyond having their streaming accounts frozen.

There have been no regular classes across China since before the Lunar New Year holiday began on Jan 24. They were to have restarted at the end of January.

But the outbreak of the coronavirus, and the Covid-19 infection that followed, put all provinces in the highest state of public health alert, meaning children and families have been away from schools and workplaces for weeks. 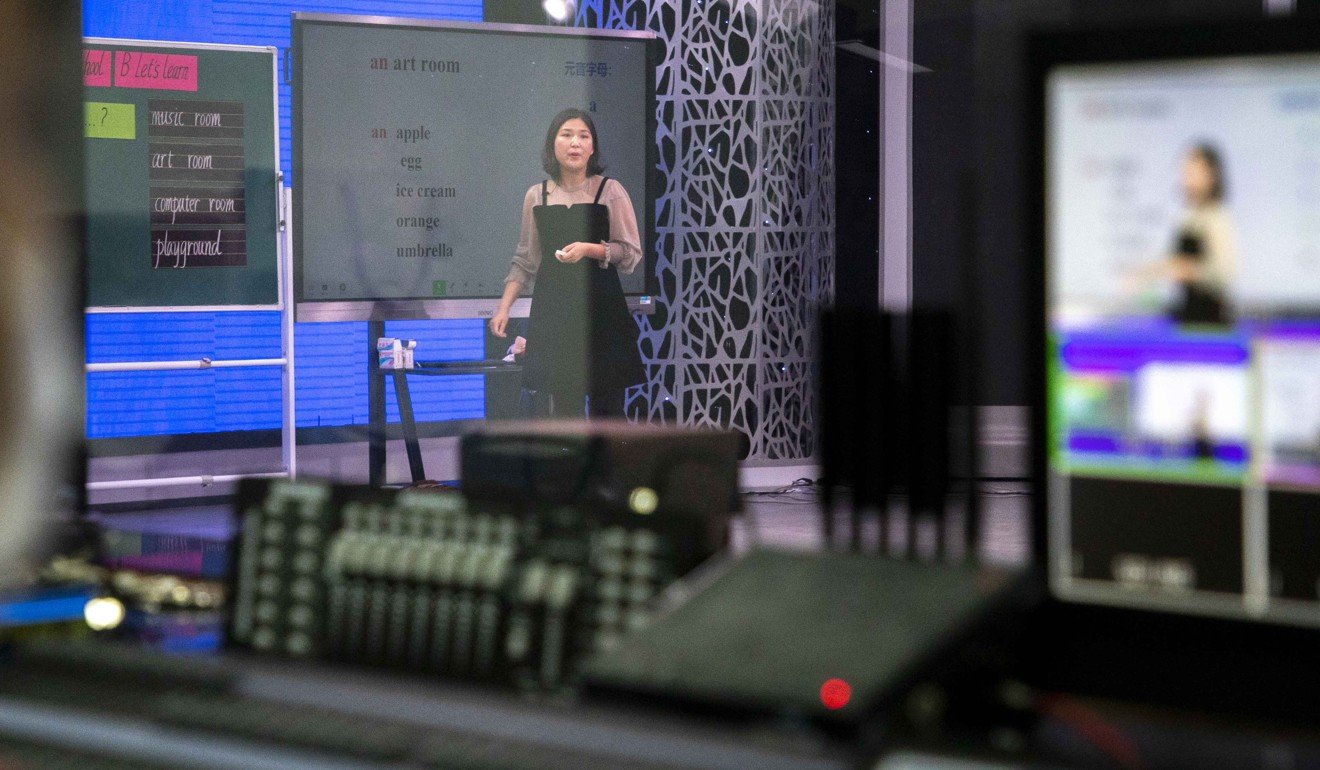 Some schools started online classes before a return to school on Monday, and on social media pupils said they had struggled with everything from eye strain from staring at screens to problems with Internet connections.

Jade Wang, a history teacher at a high school in central Henan province, said she had not heard of teachers being blocked from streaming services but found some of her teaching materials, such as exam papers, did not reach her students through social media platforms.

“This term we study the history of the ancient Chinese political system. We have to use the words dictatorship, monarchy, bureaucracy, and so on. I guess that’s the reason I can’t send out the papers,” Wang said. “Other classes experienced the same.

“What made me sad is that my students get used to that. They know what happened and they are not angry, not even surprised. That’s the world they are raised in and understanding,” she said.

Bai Yang, who teaches Chinese language at a Beijing high school, said her principal warned staff about what could and could not be said. “Mind your words and expressions, especially don’t bring up the coronavirus outbreak,” she was told.

When she sent some articles mentioning the late Wuhan doctor Li Wenliang, one of the eight people who got a police warning for alarming others in the early days of the outbreak, a senior teacher approached her and said: “Don’t teach students things like that. Don’t talk about politics.”

The education ministry began broadcasting lessons by television on Monday to help reach pupils in remote areas where access to the internet was poor.

The classes, available on state networks, were interspersed with anti-coronavirus advice on subjects such as hygiene.

On Tuesday, the education ministry issued its guidelines for disease control measures. Pupils who took studies online were banned from meeting offline, and the ministry said the State Council education steering committee would launch a website where pupils and teachers could report problems and discuss education during the lockdown period. – South China Morning Post