Valentine’s Day is over. Play a video game about breaking up

Consider 'Apartment: A Separated Place', the length of a film, a sort of game companion piece to the Netflix film 'Marriage Story', and the sort of independently developed game that continues to stretch the very definition of a game. — The Elsewhere Company

I’m no statistician but my guess is that for as many people who were thinking of their partner on Valentine’s Day, there were just as many ruminating over an ex. Or perhaps even a compendium of exes. Or maybe they are simply trying to fight back any thoughts of any exes and past Valentine’s Days.

A new game, released last week for PCs and Macs, argues that we instead should embrace the ghosts of former lovers.

After all, as Apartment: A Separated Place makes clear, they haunt us anyway. Here, in a work of interactive fiction developed by Robyn Tong Gray and Richard Emms, our places of residence become at varying times a prison or a museum, either a collection of a past life we wish we could forget or walls that increasingly feel claustrophobic. Both are fuel for depression for our protagonist, who spends his days trying to avoid the thoughts triggered by a coffee cup, an old Post-it note or even a misplaced television remote.

These objects are reminders of fights or better days or simply signs of growth. Those old coffee cups? They once held wine after an early date, before he had the means to purchase beverage-specific glassware. Consider Apartment: A Separated Place, the length of a film, a sort of game companion piece to the Netflix film Marriage Story, and the sort of independently developed game that continues to stretch the very definition of a game.

The desire to explore softer, less competitive emotions in games is still a nascent space. If the reaction of those who witnessed me playing Apartment: A Separated Place in the Los Angeles Times office is any small indication of the population at large, many are still confounded by the idea of games without a win state. But as anyone who's survived a relationship can attest, exploring vulnerability takes plenty of heroics as well.

Apartment: A Separated Place gives us a light narrative – we piece together the lives and the relationships of not only the newly single protagonist but the heartbreaks suffered by others in the housing complex – but mostly it uses interactivity as a means to engage. While it starts relatively dour, as our totally average dude is in the throes of depression, it soon takes on more surreal metaphorical qualities.

The actual breakup at the heart of the game isn’t one of great dramatics. It’s a story of two people who deeply love each other but simply drifted apart. Likewise, too, many of the instances we encounter via the homes of our neighbours. If presented as a film or a television show, Apartment: A Separated Place would be relatively low on theatrics, perhaps even tedious, but such an approach particularly suits interactive fiction – the game gives us a space to wander and get lost in.

The more relatable the moments, the easier it is to pause and linger over a hair clip, and wonder what emotions will be conjured, in the form or a graphic-novel like panels, if we click on the item. And the more normal the relationship, the better it is for developers to conjure magic-like moments that allow us to reflect on the everyday rather than see it exaggerated.

Ultimately, this is a game about moving on, and we do so by confronting the memories – good and bad – of the characters in the apartment. A game allows us to explore narratives not just from differing points of view, but provides the open space for us to try to match the emotional headspace of its characters, sometimes a young girl who dreams of being a princess, and sometimes from the parents whose overtime shifts kept them from learning when exactly her favourite colour shifted from pink to blue.

Playfulness comes from discovering these memories, wandering in a forest, for instance, and using lightning bugs to highlight objects that recall the past. In another scene, we direct a character around crowded city streets, only in this scene we're walking in someone else's dream. The thoughts we choose dictate the narrative we follow, and those thoughts are coming from a partner who is wondering what is driving their lover away: Is it another suitor? Or are they truly consumed with work? We’re picking the direction in which a mind will spiral.

We don’t always get a clear answer as to how a relationship ended, but in games we don't need one. And besides, romance – its excitement, its whims, its panic attacks or the fear it causes – doesn’t itself follow a linear script. For those who still think of games in terms of winning or losing, we win here by confronting what may be difficult for its characters.

Apartment: A Separated Place isn’t itself a painful experience, in the emotional sense, that is. Whether climbing the endless stairs of a twisted mansion – the mind here of a lonely elderly woman – or tapping the keyboard to reveal the words typed by a frustrated novelist, Apartment: A Separated Place gradually aims to settle the player into something of a dream state.

By doing so, it eases the nightmare of heartbreak, at least for a moment. – Los Angeles Times/Tribune News Service 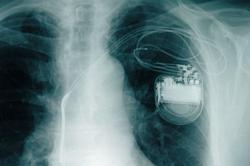