Jack Ma’s advice for Chinese entrepreneurs in the time of coronavirus: retool, reflect and restore work at a steady pace 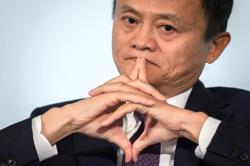 The coronavirus epidemic in China presents an opportunity for entrepreneurs to retool themselves and prepare for the growth, said Ma, who drove Alibaba to launch Taobao in 2003 during the Sars outbreak. In his lecture at the Hupan College, Ma channelled Kazuo Inamori, the legendary founder of Kyocera Corporation. — SCMP

Jack Ma, the co-founder of Asia’s biggest company by capitalisation, said the coronavirus epidermic in China presents an opportunity for entrepreneurs to retool themselves and prepare for the growth that lies ahead when the outbreak subsides.

Ma, the retired chairman of Alibaba Group Holding and principal of the non-profit Hupan College in Hangzhou, told students to “find a direction amid crisis and change” that is besetting the country, according to a video clip of his lecture at the university he co-founded with eight other entrepreneurs.

“Reflect on what you really want, what you have, and what you need to give up, or stick to,” Ma said.

Ma told students to “learn digital working methods” and “adopt Internet technology”. Alibaba launched its Taobao online shopping platform in 2003 when China was locked down during a nationwide outbreak of the severe acute respiratory syndrome, or Sars. Taobao is now the world’s largest e-commerce website, reporting 3tril yuan (RM1.78tril) in transaction volume in 2017 with its Tmall.com sibling site.

The comments by Ma, the wealthiest Chinese entrepreneur of 2019 according to Hurun Report – with a fortune estimated at US$39bil (RM162.27bil) – come as the nation’s companies and factories crank up their levers to return to work, after the coronavirus outbreak kept 50 million workers at home over an extended Lunar New Year holiday.

“The outbreak of the coronavirus has added a further dent to growth prospects at a time when economic growth trajectories throughout the region were already declining,” said Deborah Tan, assistant vice-president at Moody’s Investors Service, in a research note.

Local authorities had locked down business operations in dozens of cities across China, forcing people to stay home to avoid public gatherings. A two-month closure at its Shanghai theme park could cost The Walt Disney Company US$135mil (RM561.73mil) in second-quarter operating income, the entertainment giant said.

“On the condition that safety and the prevention of coronavirus are ensured, companies that are approved [by authorities] should restore production quickly, or do so steadily,” Ma said.

Ma retired as chairman of Alibaba – owner of South China Morning Post – last September on his 55th birthday to devote his time to groom the next generation of entrepreneurs. Hupan, which means lakeside, owning to its location beside the West Lake in Hangzhou, aims to “find and train entrepreneurs with entrepreneurship spirit”, according to its official website.

In his lecture, Ma also channelled Kyocera Corporation’s founder Kazuo Inamori, whose management and leadership turned the television component maker into one of Japan’s largest companies. At the age of 77 in 2010, Inamori – three years into his retirement at Kyocera – was asked to become the chairman and chief executive of Japan’s flag carrier Japan Airlines as it headed into bankruptcy protection. The carrier was restructured, and re-listed on the Tokyo Stock Exchange in November 2012.

Inamori had five strategies for companies during times of recession, according to Ma:

Strategy One: Every employee should turn to sales

Every employee should turn to sales, to arouse latent demand among clients, Ma cited Inamori in saying.

“Even in a company with tip-top technology, selling a product is still the foundation of the company’s operation,” Inamori said. “It is impossible to get orders during recessions if employees lack the spirit in making all-out efforts for clients.”

A recession is a golden opportunity for companies to innovate and expand sales.

“Clients are too free during a recession. They will also propose new ideas after listening to yours. This would create orders that you never imagined before, so that you can expand your business.”

Recession is the only chance to cut costs, as every employee would strive to make it happen, Inamori said.

“You need to lower the break-even point of the whole company by making efforts to reduce production costs,” Inamori said. “If a company can maintain profitability when the turnover is halved, it would be even more profitable when sales returns to normal.”

Companies should maintain their usual high productivity rate even in times of recession, by reassigning excess labour from the production line to other tasks to maintain the cadence and vibe of the work cycle. “Once productivity drops, it would not be easy to restore,” Inamori said.

“The most important thing for managing a company is the relationship between the manager and employees,” Inamori said, adding that employers must “love and protect” employees, while employees need to understand the manager, they need to help and support each other. – South China Morning Post 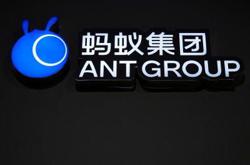