Coronavirus: Chinese find ways to help, from free haircuts for police to an open-air virtual classroom

With all the salons still closed in his county, one hairstylist in southwest China is offering his services for those in need of a trim. And a teacher trapped in her parents’ remote village is delivering lessons online after she rigged up her own signal booster. — SCMP

Across China, life is very far from normal as many businesses remain closed and unprecedented quarantine measures are in place to limit the spread of a potentially deadly virus.

But in these extraordinary times, some Chinese who would normally be at work are putting their skills to use to help others, while some go to great lengths to keep doing their jobs.

In southwest Sichuan province, hairstylist Du Zeyu is usually busy in the salon ahead of the Lunar New Year. But all the salons in Yanting county, where he lives, have been closed since January 21 after the province’s first coronavirus case was confirmed.

“Many of us are anxious and thinking about getting back to work, but we need to put our clients’ and our own health and safety first,” Du said.

The Lunar New Year break was extended nationwide to help contain the new coronavirus, which causes a disease known as Covid-19. It has killed more than 1,600 people and infected over 68,000 since the outbreak began in central China in December, and has spread to more than 20 countries. Other measures to curb the contagion include locking down at least 16 cities in Hubei province including the outbreak epicentre Wuhan – a mass quarantine effort that has affected more than 50 million people. Elsewhere, many people have been confined to their homes either by choice or because they have been ordered to stay put. Some have returned to work, and those who can are working from home.

Hairstylist Du is keeping busy. The 43-year-old and two other local stylists – all of them wearing masks – took their kits down to the local police station on Tuesday, where they gave 30 officers free haircuts.

“We cut their hair in a meeting room at the station, so there were no mirrors,” Du said. “We maybe didn’t do our finest work, but they were all very thankful and they were happy with their cuts.”

The Lunar New Year season is usually a busy time for police in China, even without an epidemic, as millions of people travel home to celebrate with their families.

Du said many of the officers, all of them men, had not had a haircut in a long time.

He planned to offer free haircuts to other people in need, provided there had not been any coronavirus cases in their areas. As head of a trade association in the city of Mianyang, where Yanting is located, Wu said he was also spending time talking to other hairstylists in the region, telling them to be patient about reopening. 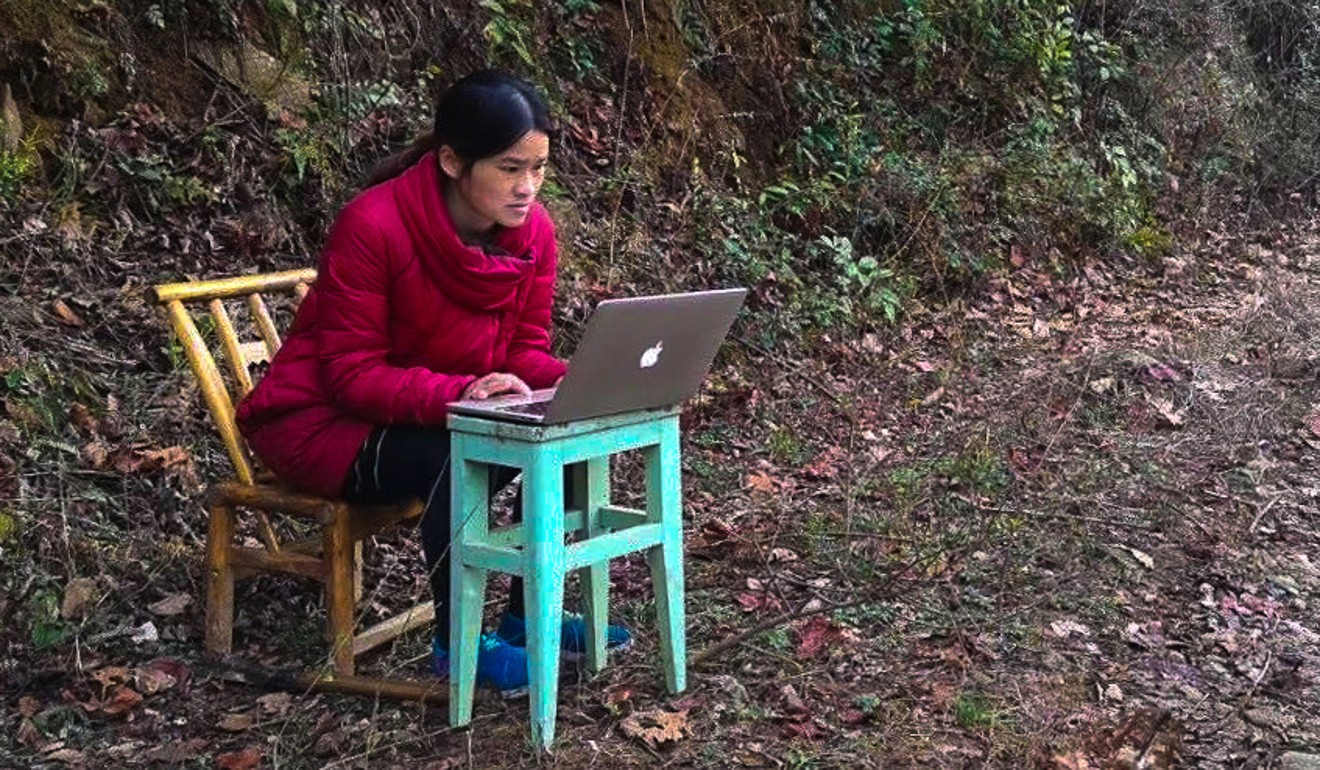 Meanwhile, in Jiangxi province in the east, science teacher Liao Xiaolan is trapped in her remote hometown. The 40-year-old had travelled to mountainous Yongfeng county before the Lunar New Year, according to Yuhang Television.

As the coronavirus outbreak worsened, authorities in Jiangxi and Zhejiang, where Liao lives, urged people to stay where they were. That left Liao stranded in the tiny mountain village where her parents are the only residents, with no access to a communication network.

But the junior high school where she works in Hangzhou’s Yuhang district was keen to get students back to class, with staff told last week to teach lessons online from home, the report said.

Liao was determined to make it work, despite the technical problem. She and her family spent a whole day looking for a place in the area with the best phone signal. When they found it, Liao and her husband installed a home-made signal tower using an aerial and a bamboo pole.

Liao has to be well wrapped up against the elements to deliver lessons to her students, but it works. She has been taking a bamboo chair and laptop to her open-air virtual classroom by the signal booster every day since Monday. She uses a stool as a desk.

“Everything is now going well, as planned,” she was quoted as saying. “The students can get back to their studies – I’m so relieved.” 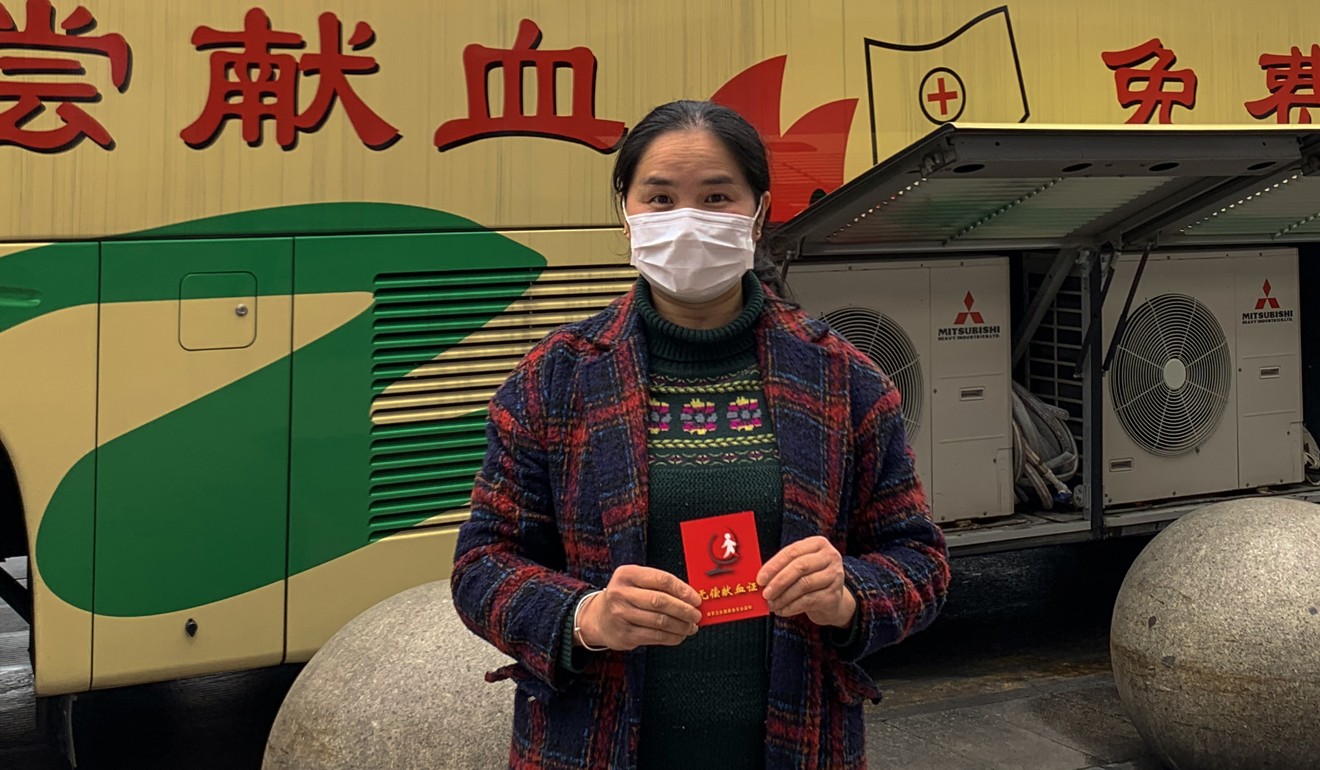 Others are keen to do whatever they can to help. Shen Weihong, who works in aged care in Zhejiang, felt compelled to act when she saw a notice on Tuesday from a blood bank saying supplies were running out and appealing for donations.

The 47-year-old had last given blood six months earlier, and the next day was the first she could donate again.

“I couldn’t wait to give blood again after seeing that notice,” Shen said. “I didn’t tell my husband about it, otherwise he would have been worried about me. He was already saying I wasn’t strong enough during this scary time,” she said.

More than 1,100 coronavirus cases have been reported in the eastern province, and although the number of new cases has dropped over the past week, residents are on high alert. More than 11,000 people are still under observation in hospital, while many more have been quarantined in their homes.

“I’ll definitely do it when so few people are donating,” she said. – South China Morning Post