YouTube will fund kids shows based on these 12 words

A child interacts with the YouTube Kids app on a tablet in New York, US. YouTube plans to spend US$100mil (RM412.20mil) to fund original kids programming over the next three years, following a settlement with the US Federal Trade Commission in September. — Bloomberg

Courage, curiosity, teamwork and self-control. These are four of the 12 criteria that YouTube will use in deciding what types of kids videos it will fund, according to a document the company sent to partners recently.

YouTube plans to spend US$100mil (RM412.20mil) to fund original kids programming over the next three years, following a settlement with the US Federal Trade Commission in September. The programming will be for audiences aged three to eight, and be available exclusively on the YouTube Kids app.

The Google unit is trying to show regulators that it’s serious about moving viewers under 13 away from the main YouTube service, which features millions of clips that are inappropriate for children. Google agreed to pay US$170mil (RM700.74mil) to the FTC for violating laws on collecting data about minors.

YouTube has long insisted that its main site isn’t for kids. But many of the most popular channels make videos that target young viewers. Creators have had little incentive to make programs specifically for the YouTube Kids app because it has a much smaller audience. So the video giant is providing US$100mil (RM412.20mil) to encourage more appropriate programming, a strategy it has used in the past in other genres.

"All our programming will seek to support kids in uncovering their unique strengths and passions,” YouTube said in its note to partners, a copy of which was viewed by Bloomberg News. "Specifically, we want to develop content that inspires children to develop life skills and pursue their passions; establish healthy habits and care for themselves; increase their understanding of culture and diversity; and/or engage with and care for their community.”

The funding will pay for a tiny fraction of the programming on YouTube. Users upload more than 500 hours of video every minute, a staggering flood that has challenged the company’s ability to police the site. Advocacy groups have criticised YouTube for exposing children to inappropriate videos, and prioritising growth over safety. – Bloomberg 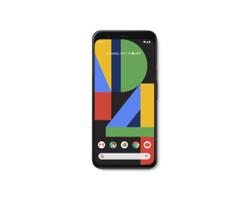 Opinion: It's game on as Sony holds out for a PS5 Christmas