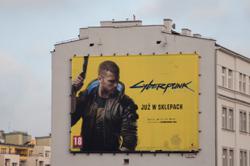 United Kingdom-based video game publisher and developer Double Eleven announced it will be opening a new studio in Kuala Lumpur in the first quarter of this year.

Recruitment for full-time staff in development and management positions will begin in February. In the Careers page on the Double Eleven website, seven vacancies are available, including for the role of a studio manager.

Closing date for the application is Feb 28. Other vacancies at the local office include producer, lead artist and quality assurance tester.

According to a press statement, the new studio located in Bangsar South will focus on game development aspects such as quality assurance, art, software engineering and production. The local studio will also work closely with the main development team in Britain on current and upcoming gaming titles.

2019 we announced a load of cool new projects, 2020 we... take over the world? Double Eleven are proud to announce we're opening a shiny new Malaysia office https://t.co/INKexakIBp pic.twitter.com/y1ubo1NTR2

"Malaysia’s high calbire talent and its great ecosystem between governments, universities and businesses are among key reasons for our entry. We’re excited to be taking our people-first approach with this expansion and tapping into Malaysia’s highly capable local talents, hoping to become an integrated and active member of their burgeoning games industry," he said.

The vice president of digital creative content at Malaysia Digital Economy Corporation (MDEC), Hasnul Hadi Samsudin said he is excited about the prospect of Malaysian talents being involved in the making of Double Eleven titles. He also credited the Digital Content Ecosystem Policy (DICE) for turning Malaysia into a hub for digital content development.

"Malaysia has developed a vibrant and successful digital creative content industry over the past 15 years, with numerous international companies choosing to set up studios here. The current focus on realising DICE reinforces Malaysia as the Heart of Digital Asean for animation and games content development," Hasnul said.

The Double Eleven headquarter is located in Middlesbrough in North-East of England where the company has a team of almost 100 staff. It has developed titles like survival game Rust and simulation management game Prison Architect (collaboration with Swedish company Paradox) and is working on the upcoming Minecraft Dungeons (co-developed with Mojang). 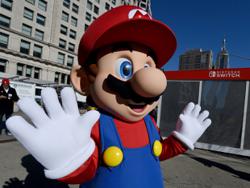