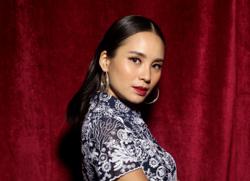 Cahill has over 200,000 subscribers on his YouTube channel where he posts reviews based on his experience on various airlines. — YouTube screengrab

A 33-year-old German YouTuber claimed that he has received a death threat from a user for posting a negative online review video on Singapore Airlines.

Josh Cahill told Today Online that a user who claimed to be an employee of the airline made a death threat against him. According to the report, it was difficult for police to track down the user without details like name and proper profile, and Cahill was advised to seek police assistance if the online abuse gets more intense.

The report stated that Singapore Airlines has reached out to Cahill regarding the alleged threat.

“If Mr Cahill’s allegations are found to be true, we will ensure that the appropriate action will be taken. As an airline that is committed to service excellence, Singapore Airlines takes all feedback seriously and requires our staff to treat our customers with professionalism and respect,” the airline said in a statement to Today Online.

Cahill also claimed that he has received other hateful and racist remarks, which he has removed from his social media platforms.

“All I provided was honest feedback based on my experiences. I will not surrender to the bullies and racists, because the vast majority love my honest, consumer friendly reviews,” he told the newspaper.

On Jan 7, Cahill posted a 11-minute video reviewing his experience on an economy class seat in a Singapore Airlines flight from London to Singapore. Cahill pointed out some aspects about the flight that he did not enjoy, such as claiming that the number of in-flight entertainment titles offered is not as extensive as other airlines that he has been on.

Halfway through the video, Cahill revealed that the main source of his disappointment about the flight was the cabin crew.

“The thing I was most excited about was the cabin crew because they are known to be best trained in the world, the friendliest in the sky. So this is where I spend the money at. However, the crew turned out to be the biggest letdown of the flight,” he said in the video.

Cahill then claimed that due to a “zero engagement policy”, the cabin crew seemingly “feel guilty about socialising with passengers on the flight”. He said there was no “personalised service”, adding that he felt it would be nice for the cabin crew to “get to know some passengers and build a connection”.

He added that it seems the cabin crew were rushing through the aisle, hoping to not get approached by any passengers. Cahill did include some positive aspects in his review such where he praised the meals. However, he concluded that it was not worth paying Sg$1,200 (RM3,620) for the 12-hour flight.

The video, which currently has over 150,000 views, has also garnered a number of reactions from some users who did not agree with Cahill's review. They related their own positive experiences and expressed support for the airline.

Cahill, who is based in the United States, has over 200,000 subscribers on his YouTube channel. 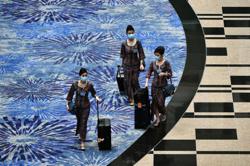 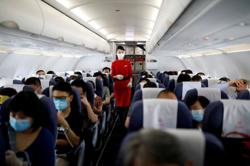