The CookingPal Julia smart cooking one-pot device at CES 2020 in Las Vegas. Set to launch late this year, Julia can even handle tasks such as weighing, chopping, kneading, and cooking in a single, tabletop device – and then clean up after itself, according to the company. — Bloomberg

Food and tech have come together at the annual lifestyle and gadget extravaganza, with blockchain, artificial intelligence, voice recognition and computer vision technologies keeping things fresh.

Here are a few of the innovations on display in Las Vegas this week:

AI in the kitchen

Many a family is flummoxed by getting meals on the table every night of a busy week. AI may be able to help with that. Its use in meal planning and preparations was a hot topic at CES.

GE Appliances, a division of China's Haier, unveiled its smart hub integrated into a microwave which uses AI to analyse food in a consumer's refrigerator and make recipe suggestions. 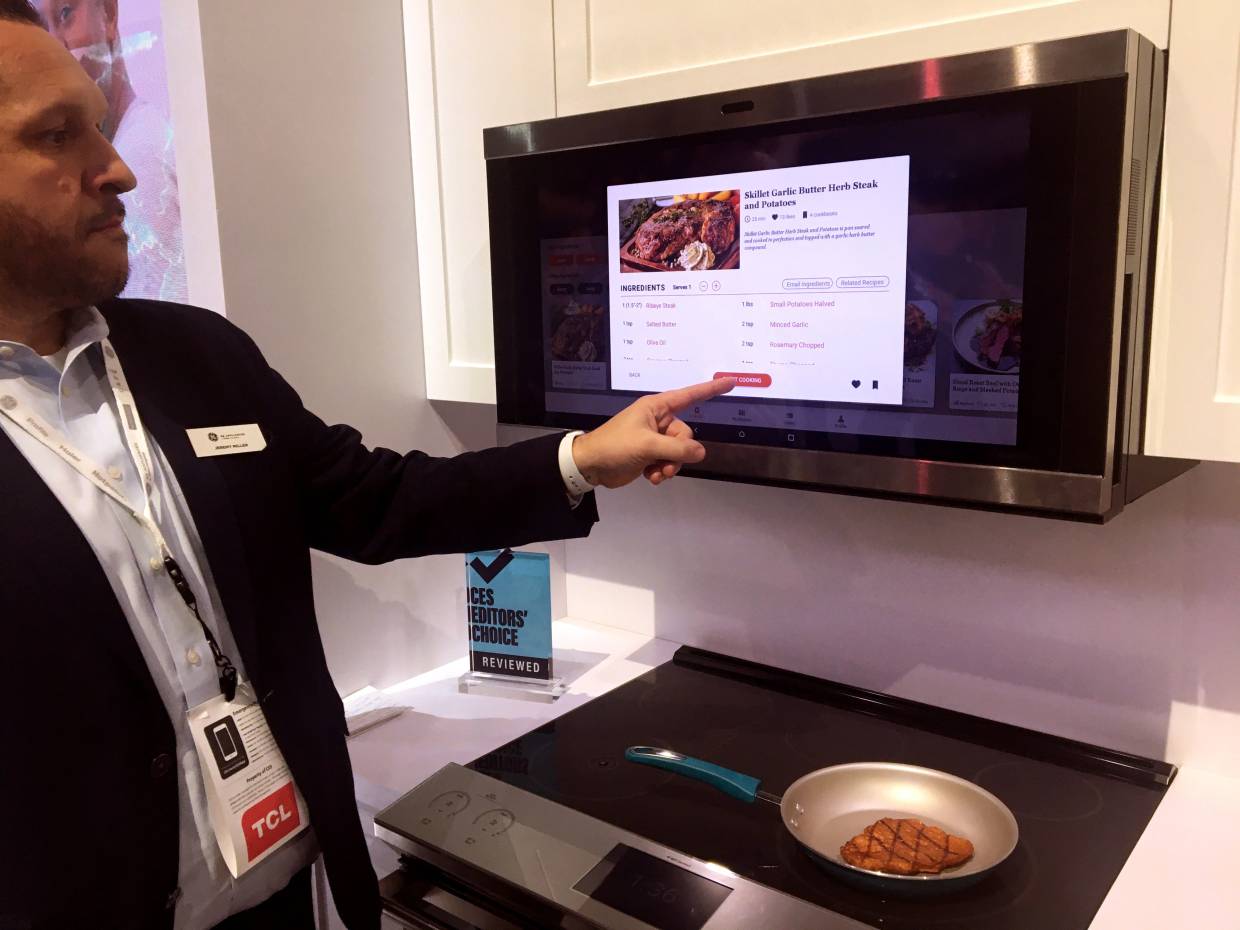 Miller showing a GE smart hub which uses AI to help consumers with meal planning and preparation at the 2020 CES in Las Vegas. — AFP

"You can see all the food you have and get a recommendation (for recipes), to cut down on waste," said GE's Jeremy Miller.

If the unit is paired with a compatible cooktop and oven, the system will also keep track of the cooking process to help ensure adequate, personalised cooking.

GE also announced a new kitchen concept dubbed Shift, which will use face and voice recognition technology to personalise its design in real-time to accommodate family members of different heights, ages or cooking abilities.

For those cooking outdoors, Weber unveiled its smart app along with a new connected grill.

The system uses AI to get just the right amount of browning and ensure accurate cooking of anything from pizzas to whole turkeys, said Chris Scherzinger, chief executive of Weber-Stephen Products.

"With our 70 years of grilling experience, we have developed algorithms to know exactly how to get the right sear and ensure that the interior is cooked," Scherzinger said as grills were fired up outside the Las Vegas Convention Center.

The appliance from Hong Kong-based CookingPal – named "Julia" – is paired with a smart hub that can suggest recipes based on what's in the fridge – and then handle much of the preparation.

Julia, set to launch late this year, can even handle tasks such as weighing, chopping, kneading, and cooking in a single, tabletop device – and then clean up after itself, according to the company.

"Everyone hates to chop the onions," said Anna Khomenko, marketing manager for CookingPal, adding that the new robot can help streamline kitchens by performing functions of several appliances. 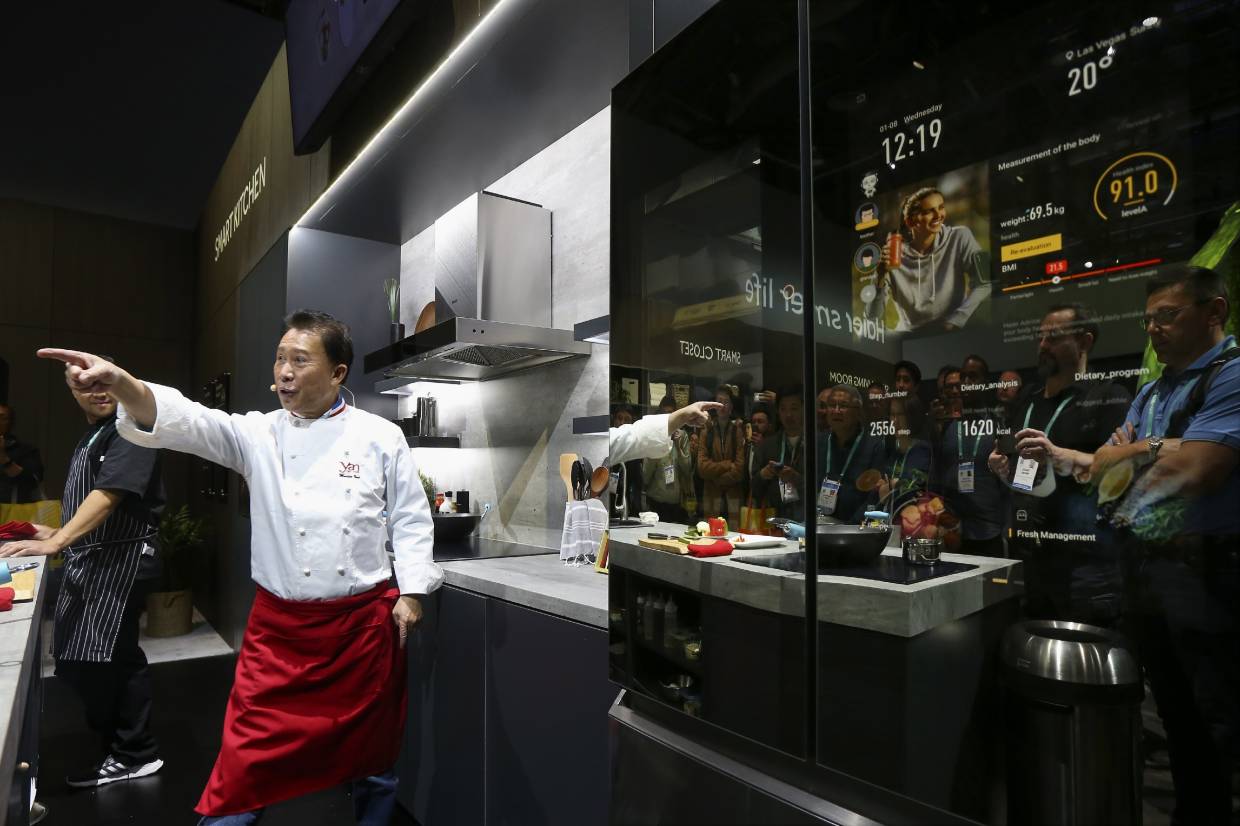 Chef Martin Yan demonstrating the SideChef platform in the Haier smart refrigerator in the Smart Kitchen as part of the Haier Smart Home booth during the CES tech show. Haier smart fridge owners will have access to recipes that are recommended based on their refrigerator inventory. — AP

Don't you hate when you run out of milk? California startup PantryOn introduced a system that can be added to any refrigerator or pantry to keep track of foods running low.

Unlike some other systems, PantryOn is based on weight, and "it can make a shopping list for you," said founder Fadi Shakkour. You can then order foods from within the app.

Impossible Foods, the maker of plant-based meat substitutes, made its second CES appearance and introduced its Impossible Pork, which – like its ground beef – is fully vegetarian. 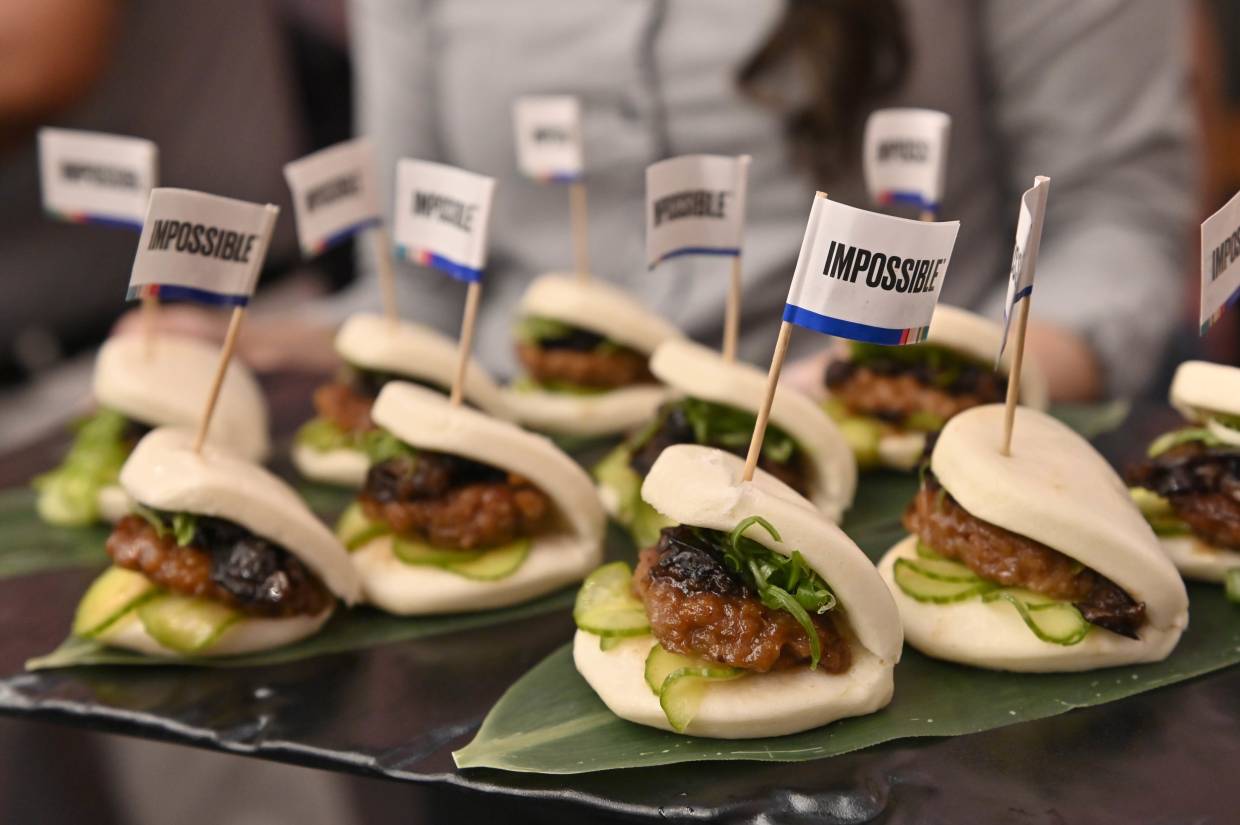 The new product was being served to CES participants in sausage, dumplings and other dishes.

"We won't stop until we eliminate the need for animals in the food chain and make the global food system sustainable." 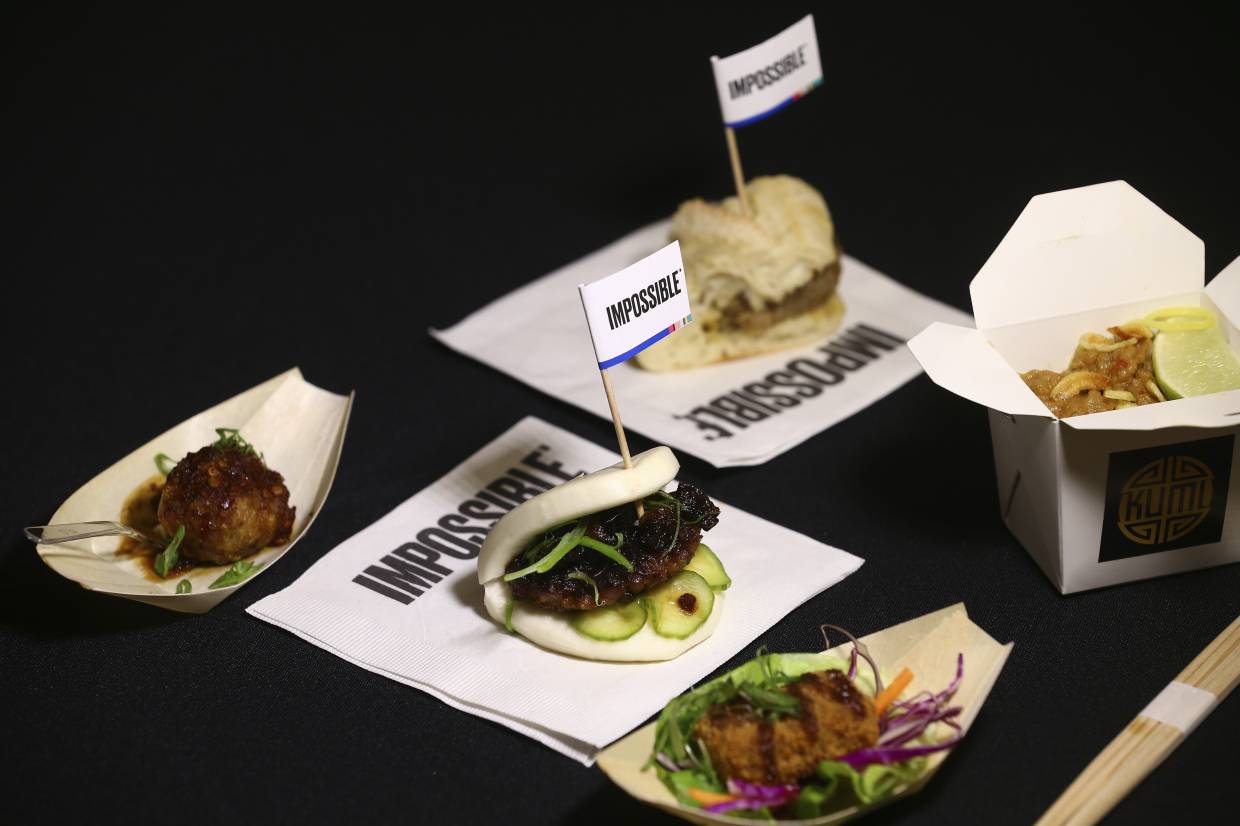 From bean to cup

IBM showcased how it uses blockchain to ensure integrity of the food supply at every stage, unveiling an app that traces coffee beans back to the growers.

"This is about trust and shared access to data, from the farm to the retailer to the consumer," said Jason Kelly, head of blockchain services for IBM.

"Now I can see where my coffee came from in a very trusted way, I know where it was roasted and the farmer than produced it." Chef Aaron Sanchez talking about blockchain technology to track foods while preparing tacos at the IBM exhibit at the 2020 CES in Las Vegas, Nevada. — AFP

The programme – carried out in partnership with producers, distributors and retailers – is part of IBM's Food Trust.

The project uses blockchain to help verify authenticity of consumer products from olive oil to lettuce, and also help food safety by determining the exact origin of a foodborne pathogen.

Kelly said IBM has been working with other partners including restaurateurs on traceability for other products, from seafood to fresh fruits and vegetables. – AFP