As well as online fraud evolving as technology develops, per capita losses have increased more than 10 times over the past five years. — SCMP

The three most popular categories of fraud in China last year were finance, gaming and part-time jobs, with live streaming emerging as a lucrative new hunting ground for scammers, according to a study by an internet security company.

Financial fraud saw the highest number of cases last year – 3,314 in total, according to Qihoo 360. Among the different kinds of financial fraud, per capita losses caused by cryptocurrency scams were the highest at 134,522 yuan (RM79,213). Terms such as “digital currency”, “bitcoin”, and “mining” were all top buzz words used in online fraud.

Live streaming platforms were the top channel in terms of losses per capita with each victim losing as much as 134,729 yuan (RM79,335) on average, according to the report, although the figure was only based on cases monitored by Qihoo 360.

In some cases, scammers created online live streaming studios under names like “investment guidance” to host so called limited training courses or stage fake events such as stock trading contests. The fraudsters called themselves “mentors” and recommended fake financial platforms to their viewers.

Last June the Ministry of Public Security launched a campaign called Yunjian, or “sword in the cloud”, and by the end of the year police had detained more than 99,000 suspects accused of telecom and internet fraud.

Based on more than 15,000 fraud reports received by Qihoo 360 last year, just over 10% of the victims were scammed via messaging app QQ, a similar proportion lost their money via super app WeChat, and 9.76% were defrauded by phone scams.

WeChat and QQ, both operated by Chinese internet giant Tencent, are the country’s two largest social platforms with 1.2 billion and 731 million monthly active users respectively. As well as online fraud evolving as technology develops, per capital losses have increased more than 10 times over the past five years, from 2,070 yuan (RM1,219) in 2014 to 24,549 yuan (RM14,455) in 2019, data from the report released Tuesday showed.

There were also distinctions in the types of cases affecting men and women, the report noted. The two kinds of online fraud most reported by men related to finance and games while the top two categories for women were scams involving finance and part-time jobs. – South China Morning Post 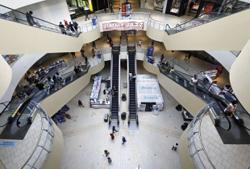 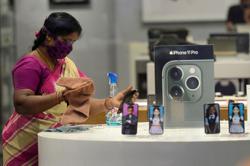 Apple to begin online sales in India ahead of holiday season 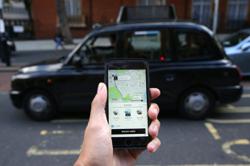