A healthy person on average walks about 10,000 steps a day, which is enough to charge a smart band or an Apple Watch, says expert. The device is lightweight and can be attached to a person’s thigh and shank to transform biomechanical energy to electrical energy. — SCMP

Imagine you will no longer have to feel frustrated for leaving your power bank at home, while your smart band or Apple Watch’s battery runs out. You will simply have to walk more to recharge the devices.

Experts from the mechanical and automation engineering department of Chinese University have developed a lightweight “prototype harvester”, which will be able to generate electricity using the motion of the human knee joint when a person walks.

The device has gone through numerous tests since January this year, and has shown it can generate energy from the motion of the human knee joint, Chinese University experts who created the device, said.

A walk of four kilometres an hour can generate 1.6 milliwatt of electricity, and a healthy person on average walks about 8,000 to 10,000 steps a day, which is enough to charge a wearable electronic device such as a smart band or Apple Watch, they said. 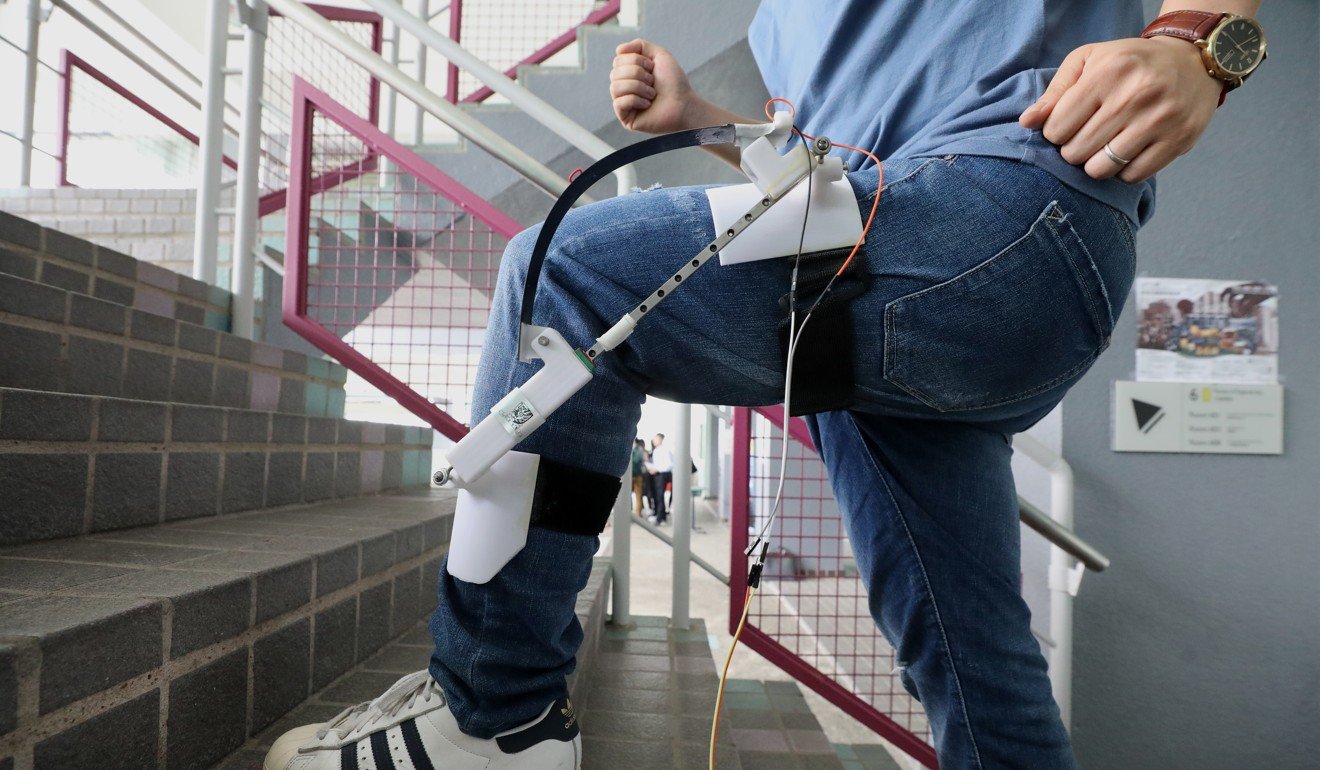 “Scientists have so far been able to develop large devices, such as bulky harvesters linked to treadmills or riding bicycles, to use human motion for generating electricity. But our device weighs only 307 grams, which is just about the weight of a small bottle of water, and is not a heavy burden on the person wearing it,” Liao Wei-hsin, the professor who led the research to develop the device, said.

The lightweight but lengthy device, which will cost around HK$700 (RM373), can be attached to a person’s thigh and shank to transform biomechanical energy to electrical energy.

Liao said the material they used in creating the device – macro-fibre composite – was the key to its light weight.

“The device will not be able to provide the energy required for charging an iPhone, but it will come in handy for mountaineers and hikers if they get lost in the wilderness,” Liao said.

“It will be very helpful to charge a waistband that can send out vital signs, location or even an SOS signal. And compared to using batteries, it is also a more environment-friendly option.”

Liao said garment manufacturers had already approached them expressing their interest to embed the device in sportswear. “But, we need to improve it further, to enable it to generate and store more energy and look smaller in size,” Liao said.

He said in future the device could be used for medical purposes as well. “The harvester can be implanted inside a patient’s body to provide the energy required for a cardiac pacemaker. But for that, more research is needed.”

A pacemaker is programmed to stimulate the heart at a predetermined rate. The battery of the device, implanted in a human body, normally runs for five to 10 years. After that, patients need to undergo a surgery to get a new battery. – South China Morning Post