Tenara Calem of Fringe Arts trying on the caption eyeglasses that The People's Light Theater will begin providing in January to their patrons with hearing difficulty. — Photos: The Philadelphia Inquirer/TNS

Deaf in one ear and significantly hard of hearing in the other, Cheryl Johnson does not go to the theatre unless she gets great seats.

Understanding the actors is a perennial struggle even from up close. And if another audience member coughs or opens a crinkly bag of chips, forget it.

That is why she signed up to test new, high-tech caption glasses at People's Light theater in Malvern. As actors spoke each line in a recent performance of Dot, a play by Philadelphia native Colman Domingo, the words appeared on the inside of her lenses – across the bottom so as not to block her view of the stage.

No more leaning over to whisper "What'd he say?" to the person sitting next to her. No more missed punchlines.

"With these glasses, I can laugh with the rest of them," the West Philadelphia woman said.

Many stage productions offer "open" captions, meaning the words are displayed on a screen to one side of the stage or hung from above so all patrons can see them. But typically this option is offered at a limited number of shows, or at less popular times.

Personal "closed" caption devices, available in movie theaters for years, are less common in live performances. And they tend to be the handheld variety, requiring the viewer to look back and forth from device to stage throughout the show. That is especially tricky for those who are near- or far-sighted.

People's Light is among the first US theatres to offer caption glasses, which display text in clear, adjustable fonts and can be worn on top of regular eyeglasses. 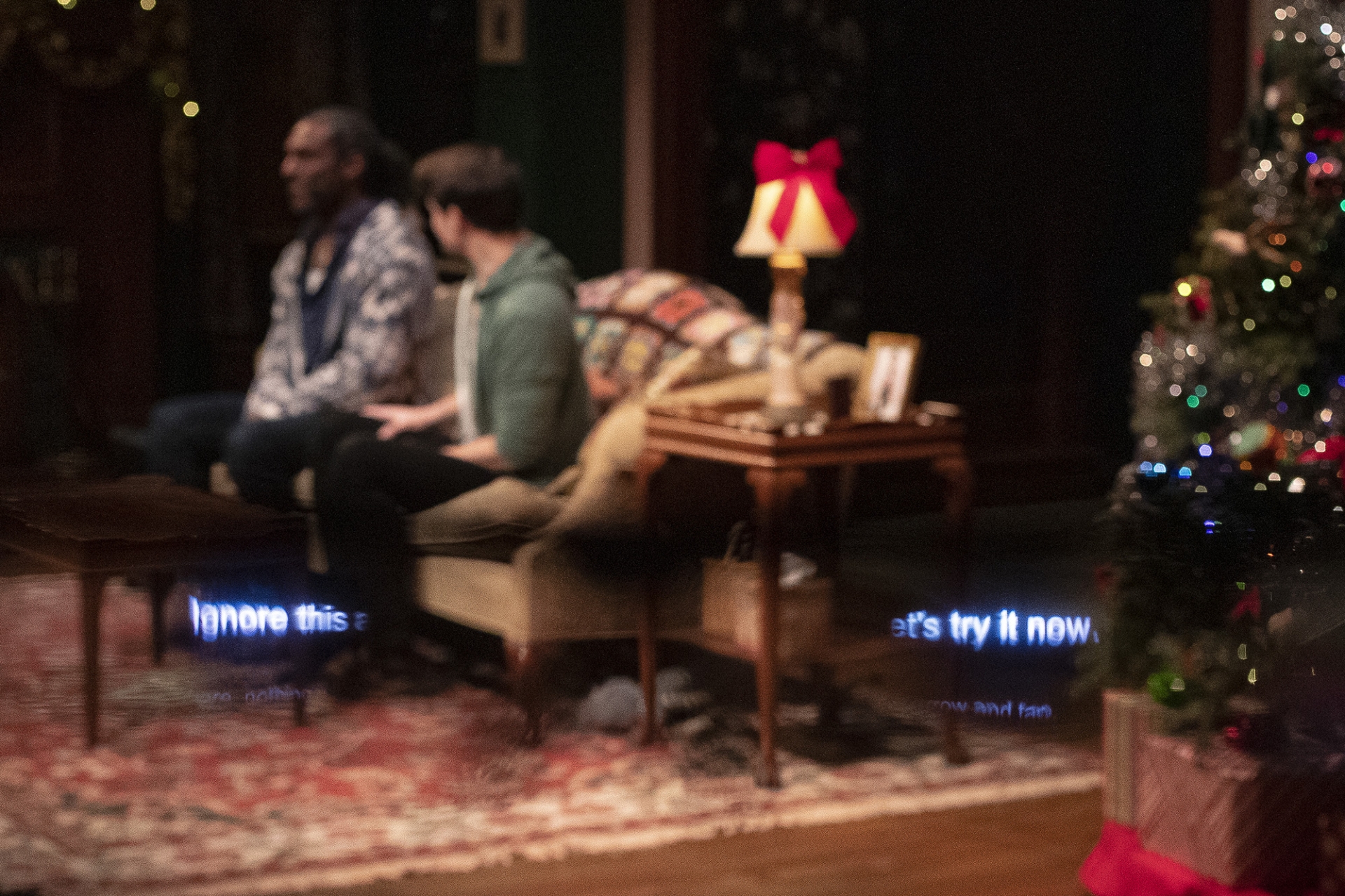 Actors at the The People's Light Theater in Malvern performing a small act in their current play Dot, while caption glasses flash words on a small screen in the lens.

Fifty people with some degree of hearing loss tried them out for two weeks of Dot, and they will be offered to the general public starting in January with the theater's production of The Children. There is no charge to use the glasses, of which the theater has a dozen pairs. They can be reserved online in advance, or requested the same day if still available.

The model used at the Malvern theatre is a US$1,200 (RM5,023) off-the-shelf product made by Epson, with customised software developed over the past two years at the National Theatre in London.

The script is loaded onto a computer server and programmed to jump from line to line in response to the actors' voices, said technical project manager Tim Middleton, who came from London earlier this month to help demonstrate the technology. The lines also advance in response to lighting and audio cues.

The Malvern theatre started looking into the glasses at the invitation of Lisa Sonneborn, director of media arts and culture at Temple University's Institute on Disabilities, who had heard about the National Theatre's effort.

Sonneborn said she thought of People's Light because the theatre has long been a leader in offering accessible performances for audience members with various needs, such "relaxed" shows where those on the autism spectrum can talk or move about. 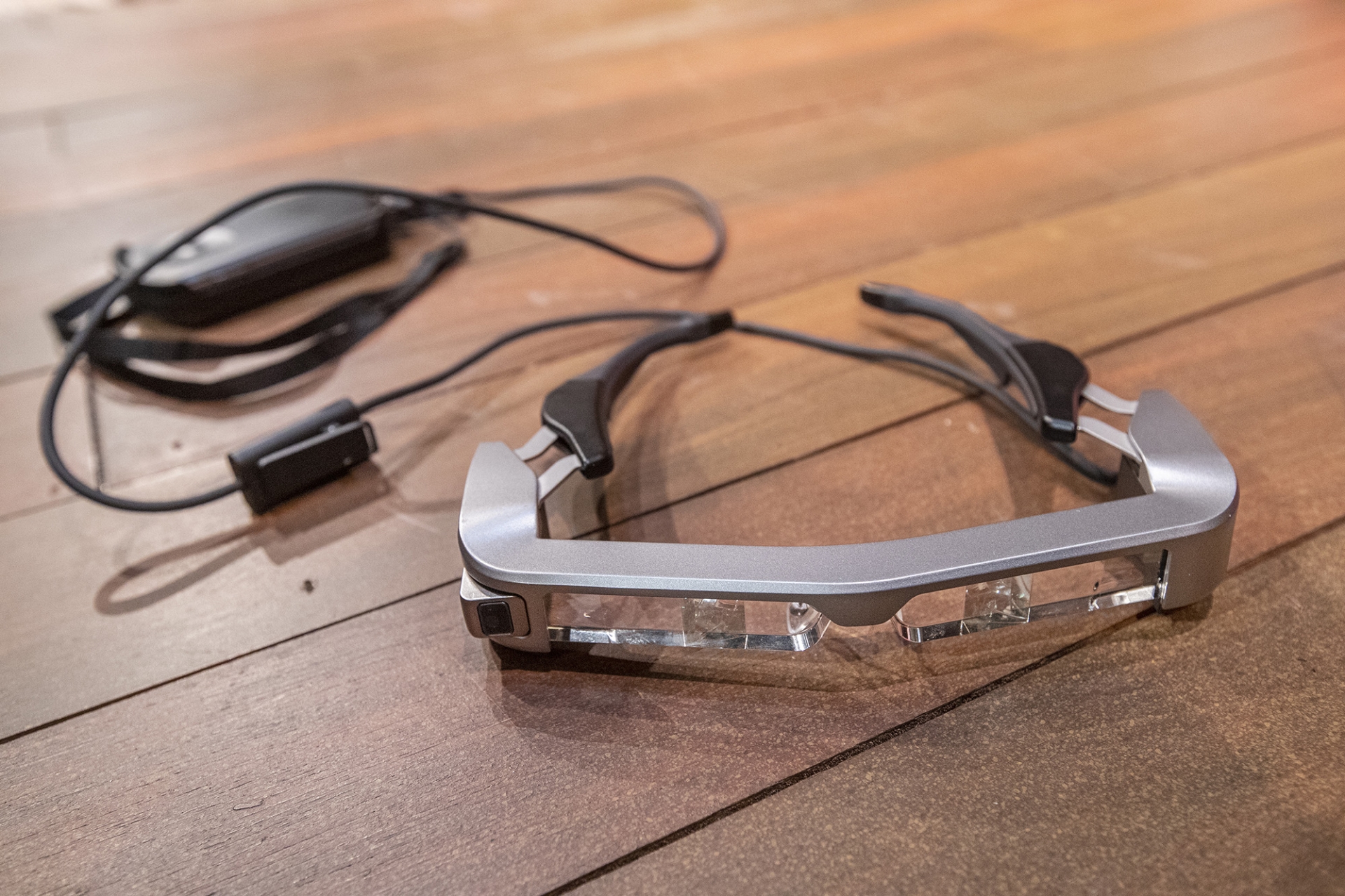 The caption eyeglasses that People's Light Theater in Malvern will provide beginning in January for patrons with hearing difficulty.

The Malvern theatre and Temple obtained an initial US$50,000 (RM209,305) grant from the John S. and James L. Knight Foundation, enabling them to start exploring the idea with the help of the National Theatre. More funds came later from the Barra Foundation and the National Endowment for the Arts.

Sonneborn, Marcie Bramucci, director of community investment at People's Light, and others went to London to try out the technology at a showing of Hadestown.

Even as a person with normal hearing, Sonneborn could see the appeal. At one point, the character Orpheus enters from the back of the theatre, so everyone in the audience turns to look. Had the captions been displayed up on the stage instead of on the glasses, Sonneborn would have missed out.

"I would've had to make a choice between following the action and looking at the text," she said.

Some deaf or hearing-impaired people are reluctant to use personal caption devices, either because it makes them stand out in the crowd or the technology is not foolproof, said Neil McDevitt, executive director of the Deaf-Hearing Communication Centre in Swarthmore.

At movie theatres, where caption devices include eyeglasses as well as display screens that are anchored in a cup holder, hearing-impaired patrons can encounter a variety of technical setbacks. 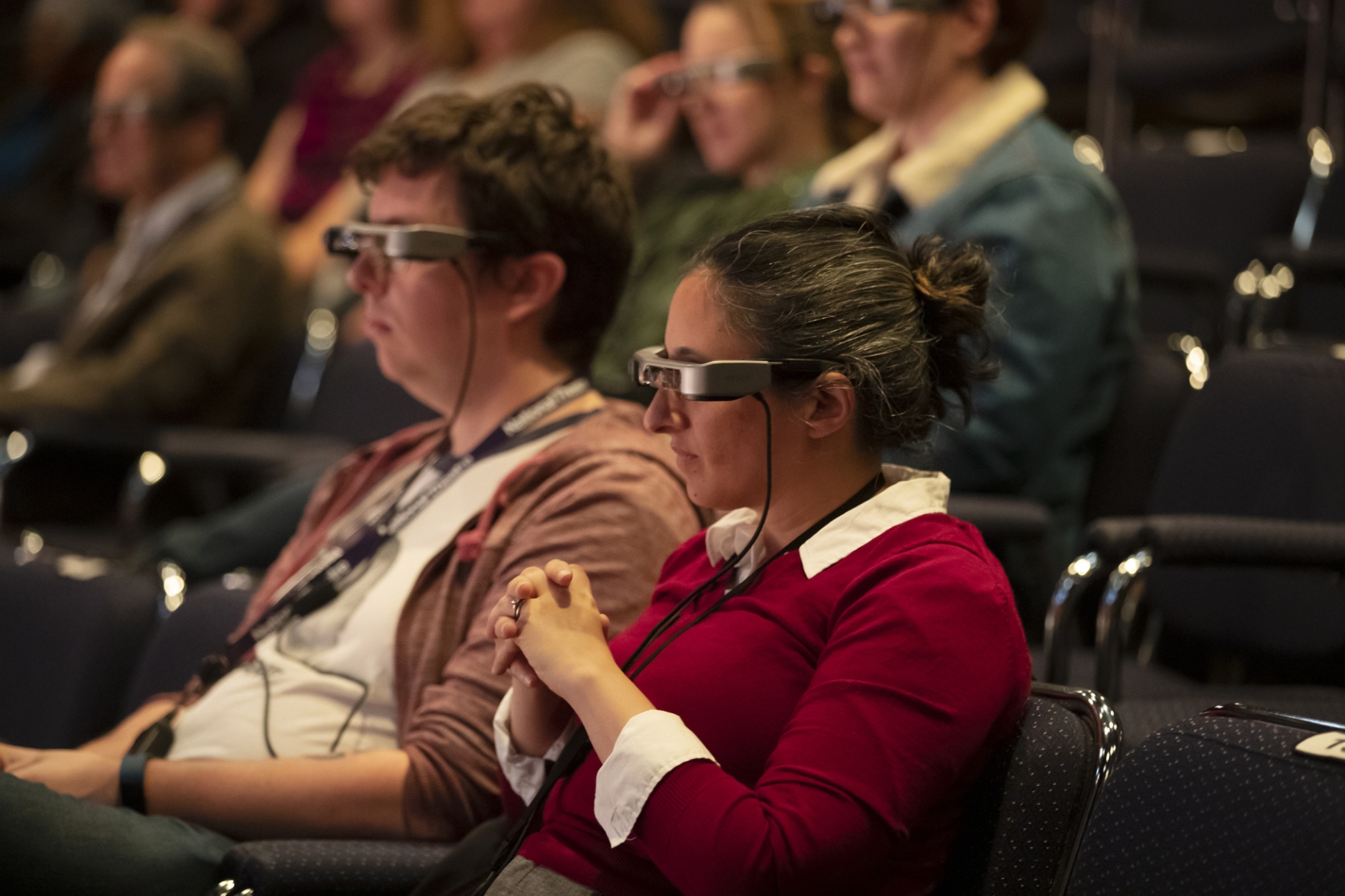 Audience members watching a short scene of the play Dot at The People's Light Theater in Malvern, Pa. wearing new caption glasses the theater will provide to patrons with hearing difficulty.

Sometimes the batteries are not charged, or the wireless signal is weak, or the device displays the script from a movie playing in an adjacent theatre. And good luck finding a staff member who knows how the fix the problem in a hurry as the movie is getting underway.

"You have to suffer all these little indignities just to get equal access," said McDevitt, who is not involved in the People's Light project.

Yet open captions can have drawbacks, too, said Tabitha Allum, another National Theatre employee who worked on the caption-glasses project. British researchers have tracked the eye movements of patrons during open-caption performances, finding that their attention was diverted away from the actors up to half the time.

Mindful of different preferences, Bramucci of People's Light said that in addition to offering caption glasses at every performance, the theatre will continue to offer open-captioned performances on many occasions.

And should any technical glitches arise with the glasses, trained staff members will be on hand to help people overcome them, she vowed. At the demonstration earlier this month, the devices worked flawlessly. Users could change the font size, colour, and text placement with a tap of a finger on a small touch pad. They even could choose whether to have the text scroll or skip from one line to the next.

Johnson, the hearing-impaired woman from West Philadelphia, told visitors at the demo that the technology was a revelation, giving her "freedom".

Listening to her, Bramucci started to cry.

"I feel like crying, too, Marcie," Johnson said. "It's overwhelming to me. It touches my heart." – The Philadelphia Inquirer/Tribune News Service