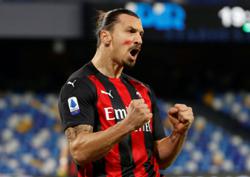 People mourning outside the synagogue in Halle, Germany on Oct 10, 2019, after two people were killed in a shooting. Roughly 24 hours after the attack, video and links to an anti-Semitic 'manifesto' published a week earlier by the gunman were also still available online using a simple keyword search on popular anonymous online forum 4chan. — Reuters

HONG KONG: Video of a deadly shooting in Germany was easily accessible on 4chan, BitChute and other sites Oct 10, attracting tens of thousands of views, despite efforts by tech companies to curb the spread of violent content.

Roughly 24 hours after the attack, video and links to an anti-Semitic "manifesto" published a week earlier by the gunman were also still available online using a simple keyword search on popular anonymous online forum 4chan.

The assault in city of Halle, which left two people dead on Oct 9, took place as Jews marked the holy day of Yom Kippur, with the gunman streaming the attack live online.

Twitch said it was viewed live by just five users and a recording was seen by 2,200 people before it was flagged and removed.

But the full video was still available on Oct 10 on multiple sites promoting violent and sexual content.

Two video links found by AFP had been viewed more than 90,000 times, according to the sites' visitor counters.

One of them, BitChute, is a video-hosting service which enables peer-to-peer sharing.

It has become popular with the global "alt-right" as it avoids content restrictions on social media platforms like YouTube by relying on user donations rather than advertising.

BitChute has hosted content from prominent conspiracy theorists who have been banned from YouTube, including US vlogger David Seaman, who promoted conspiracies about the shooting at Marjory Stoneman Douglas High School in Parkland, Florida.

Users of 4chan have also repeatedly shared links to the full video from Halle since it was first uploaded on Oct 9.

A keyword search for "Halle" on the forum led to multiple posts with links to the footage.

One 4chan user posted a link to a downloadable copy of the gunman's manifesto and the full video – with English subtitles added.

"After seeing a lot of non-german speaking anons always asking for what is being said in the Halle Synagogue Shooting Video," they wrote, "I decide to translate it with subtitles."

On another online forum, kiwifarms.net, AFP found at least one user offering a link to download the full video using torrent software, along with full instructions.

This is in contrast to the livestreamed footage of the Christchurch mosque shootings in March, which was continually re-uploaded to these platforms despite a concerted effort to remove it.

After the Christchurch attacks, governments and tech companies including Amazon signed up to a partnership known as The Call, which aims to eradicate extremism and terrorism online.

"Amazon joined the Christchurch Call in New York, so the incident protocol that we've developed has kicked in," New Zealand Prime Minister Jacinda Ardern said after the Halle attack.

"Companies are communicating as I understand with one other to ensure that that video does not spread online."

Police captured the Halle suspect after a gun battle that left him injured. – AFP 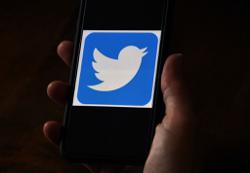