A woman using a smartphone to take a photograph as the Petronas Twin Towers (centre), and other buildings in Kuala Lumpur, Malaysia. Gill revealed that Malaysia had among the lowest priced mobile Internet globally, based on cost per GB of data. — Bloomberg

Malaysians' experience watching video on mobile can vary significantly compared to the supposed speed offered by their network, according to research by mobile analytic firm Opensignal.

According to its latest Malaysian Mobile Network Experience report, Celcom scores highest on video experience quality, at 63.5 points, followed by Maxis at 62.1 points.

The score is based on real-world measurements of picture quality, video load time and stall rate. The scale runs from 0-100 points, with 55-65 points considered good, according to Opensignal.

Opensignal CEO Brendan Gill explains that for video, network speed isn't the determining factor, as video depends on low latency – latency being any delay in data transmission over a network – and the prioritisation policy set by network operators.

"Speed is just an abstract measurement, not an indication of how consumers experience the Internet or applications on their phones," he says.

He adds that measuring video experience in addition to network speeds is part of the company's approach to real world benchmarks, with video being a priority as it makes up the majority of consumer network traffic.

The top scorer in this category is Unifi Mobile at 77.5 points, followed closely by Maxis at 74.8 points and Celcom at 74.7 points.

Gill attributes this to voice app experience's need for low latency and low packet loss which is tied to the country's fibre backbone, which Unifi's parent company Telekom Malaysia owns and controls.

During a briefing session on the report, he revealed that Malaysia had among the lowest priced mobile Internet globally, based on cost per GB of data.

While it trailed in terms of speed globally, Malaysia compared well against its Asean peers, at 12Mbps download speeds on average across mobile networks.

"In Malaysia, peak usage speed is 9Mbps, versus 22Mbps at lowest period. With an average of 11Mpbs, the difference between lowest and average speed isn't too bad," he notes.

Nationally, Malaysians also spend most of their time on 4G networks – between 72.3% to 87.7% of the time, depending on network – which translate to a faster and positive user experience online.

The report is based on analysis of over one billion measurements from 971,486 devices in Malaysia with the Opensignal app, done between June to August 2019. 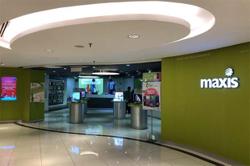 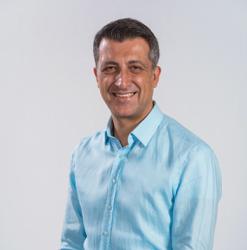