New on the menu: Could ‘dark kitchens’ gobble up Britain’s high street restaurants?

An employee holds an order from the Lunch Box menu inside a Rebel Foods Pvt cloud kitchen in Mumbai, India. Often in under-utilised buildings, portacabins or warehouses on the outskirts of cities, dark kitchens allow chefs to cook up everything from burgers to biryanis and serve food directly to online consumers. — Bloomberg

LONDON: When Eccie Newton and her sister began making fresh salads and sandwiches to deliver to London office workers, their startup company Karma Cans became so popular they soon had to expand – and hit a common roadblock: space.

"We just couldn't find any kitchen space – it was almost impossible," Newton recalled of their venture in 2014.

So, the 29-year-old set up her own "dark kitchen", a catering warehouse in Hackney – a hipster area in east London – that hosts about 85 catering businesses making culinary delights from granola to kimchi and cold-brew coffee.

Often in under-utilised buildings, portacabins or warehouses on the outskirts of cities, dark kitchens allow chefs to cook up everything from burgers to biryanis and serve food directly to online consumers.

The rapid rise of these food factories has some property experts predicting the death of bricks-and-mortar restaurants and, subsequently, local high streets in Britain as online deliveries become the norm.

"As it plays out, it's going to put a lot more pressure on the high street," which could mean people going out less to socialise or lead to the loss of local jobs, said independent professional property buyer Jonathan Rolande.

But fans of the no-frills kitchens say they offer a new lease of life to abandoned properties and help small catering brands compete.

Newton sees the new properties as being akin to co-working spaces, which are also increasingly common in cities.

Often regulated to the same standards as restaurants, far from replacing them, dark kitchens provide a "complement to food culture", she told the Thomson Reuters Foundation.

"The teams that work in virtual restaurants in our kitchen... they're run exactly like a team in a restaurant – it's not robots making your food, it's real people," said Newton.

From New York to Shanghai, hungry city dwellers in search of food are increasingly reaching for a phone, rather than heading to the kitchen, using apps such as Uber Eats and Deliveroo.

In Britain, there were almost 5 million fewer trips to full-service restaurants in the 12 weeks to March 24, 2019, compared with a year earlier, according to data analytics firm Kantar.

Firms such as noodle restaurant Wagamama are joining the trend to provide customers with their food in places where they lack a physical restaurant presence or where demand for online delivery is high.

Uber co-founder Travis Kalanick is joining the bandwagon with his CloudKitchens venture, a delivery-only "smart kitchen" enterprise that rents out catering spaces and provides its clients with marketing support.

In CloudKitchens' first attempt to crack an overseas market since Kalanik bought its parent company last year, the Los Angeles-based firm started operations in South Korea in May.

The boom in online food delivery services comes with a raft of social implications, according to property experts.

Rolande envisages that as food delivery apps become the norm, big restaurant brands could be "in a position to walk away from high streets".

Prominent British television chef Jamie Oliver shuttered most of his UK restaurants in May, culling about 1,000 jobs as his restaurant chain Jamie's Italian went into administration.

Two months earlier, the Boparan Restaurant Group announced it was going to close more than a third of its Giraffe and Ed's Easy Diner outlets.

Rolande said the convenience of ordering food online likely contributed to those closures, and that the growth of dark kitchens could help fill property space that would otherwise sit empty.

But he does not think this will necessarily bring economic benefits to the communities in which they are located.

More likely, he said, society could well get to the point where people no longer require kitchens in their own homes.

"In central London, you could start to get people building little pods to live in rather than having big eating spaces... It could eventually have a social impact on the size and types of property that could be developed," he said.

That future may not be far off, with some homes in places like Bangkok and Singapore – where a plethora of street food and online eateries exist – already being built with shared or only partial kitchen facilities.

To ensure local businesses do not lose out however, cities like London are taking steps to invest in and protect high streets, such as public campaigns to fill empty shops.

Bridget Outtrim, a director in the industrial team of real estate agent Savills, sees dark kitchens as part of the evolution of online parcel delivery services and the general gig economy, where convenience and speed are key.

But far from contributing to the death of the high street, Outtrim said such sites could help "fill gaps" in the reach of restaurant chains by giving them the chance to sell their food in areas where they cannot or do not want to rent a space.

"(Dark kitchens) are a way of expanding into locations without making that massive property commitment," she said.

Rent on a communal kitchen in the city averages £25 (RM128) per square foot, while restaurants in central areas such as Soho and Mayfair go for up to eight times as much, he said.

That makes dark kitchens an affordable way for businesses to trial new foods and areas, he said.

But the shared kitchens model can have a downside, noted Rawlinson, with the properties often needing additional space for delivery bikes and car bays, and the system may not be suitable for all food types.

In London, Newton's communal kitchen business is thriving, she said, with six new sites planned across the capital in the next 24 months serving thousands of residents. 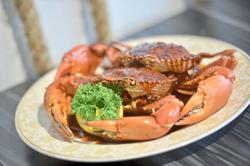 Eating Out 13h ago

Britain’s employment drops most since 2009 as labour crisis looms