In Seattle, renters vie for space with Airbnb guests

SEATTLE: In the shadow of the Monorail, in the trendy downtown Belltown neighbourhood, sits a three-story brick condominium building dripping with lockboxes.

Close to a dozen hang off window grilles facing Fifth Avenue. More of them cluster on the rear staircase railing. All told, there are 34.

They’re the first hint that the nearly century-old building, 2132 Fifth Avenue, is an Airbnb mecca: Two-thirds of its units are listed as night-by-night rentals.

Out of the building’s 32 condos, 21 are available for short-term rent on Airbnb, VRBO or Booking.com, a review of those sites showed. The studios, one- and two-bedrooms, described as “cosy” on Airbnb, go for US$80 to US$190 a night, depending on the season and the length of stay.

Even as Airbnb draws criticism for raising rents in neighbourhoods where it operates – and as short-term rentals are subjected to more stringent oversight in Seattle and around the world – the number of Seattle listings on the site continues to increase, Inside Airbnb data shows.

At 2132 Fifth Avenue, the lockboxes where tourists pick up their keys are just the first sign of how the uptick in Airbnb listings has transformed the building into one where, in the words of resident Steve Miller, “all I see is suitcases, coming in and out, in and out.”

Inside the building, long-term condo owners are largely enthusiastic about the influx of capital and management ability the Airbnb hosts bring – hosts like homeowners association president John Clark, who bought three units in 2015-16 and, with his family, lists them all on Airbnb.

Until recently, the building had been falling into disrepair, said Andrew Ellis, who bought his lovingly renovated third-floor studio in 2007. For most of the time he’s lived there, it’s been difficult to corral owners to pitch in for repairs, Ellis said.

But roughly four years ago, after investors swooped in, bought units, and listed them on Airbnb, “there was a renewed interest in the health of the building”, Ellis said. Under Clark’s direction, the homeowners association recently restarted stalled façade renovations.

While he was initially concerned about what Airbnb would mean for his home, Ellis said that short-term rentals mean fewer people moving in and out.

“That’s fewer big couches sliding down the stairs and leaving holes in the walls,” he said.

Clark hadn’t counted how many Airbnbs were in the building, but he wasn’t surprised to learn it was more than half. “It’s a great location,” he said.

And while not every owner in the building who’s tried their hand at hosting has been successful, many find short-term leasing lucrative.

“The bottom line is that you can make more money short-term than long-term if you have a nice property,” said real-estate agent Debbie Jungquist, who lists a unit in the building on Airbnb.

Jungquist and two other Airbnb hosts in the building, who asked to remain unnamed because of the controversy around short-term rentals, said that even with the added work to market and clean short-term units, it’s more profitable than renting long-term.

None agreed to share detailed financial information. But a typical one-bedroom in Belltown rents for US$2,099 (RM8,646) per month, according to Zillow’s Rent Index. That means the host of a one-bedroom unit listing for US$155 (RM638) a night would need to rent the unit for only 14 nights each month to break even with an average long-term rental in the neighbourhood.

And the prospect of listing units on Airbnb has drawn new buyers to the building. Jungquist brokered the sale of a 369-square-foot studio at 2132 Fifth Avenue for US$280,000 (RM1.15mil) in April. The new owner immediately turned the unit into a short-term rental.

But outside the walls of the building, reactions to Airbnb’s expansion in Seattle have been more mixed, with tenant advocates arguing that channelling housing stock into the short-term rental market is raising the cost of living and displacing renters.

“The more commercial use of short-term rental platforms has taken entire houses, condos and apartments off of the long term housing market,” a Seattle City Council policy brief stated in 2017.

In most large American cities, there are over five times the number of vacant rental units as the number of units listed on Airbnb, according to a 2017 working paper from the National Bureau of Economic Research.

That’s not the case in Seattle, where in 2017, the number of vacant rental units was almost equal to units listed on Airbnb, according to estimates from the American Community Survey. That could mean owners are listing their units on Airbnb instead of marketing to long-term tenants.

In recent years, an apartment construction boom has alleviated some pressure on the housing market. But Seattle still has a higher proportion of Airbnb listings per vacant unit than the majority of large cities in America.

The same ordinance mandated that hosts obtain short-term rental permits with the city, but it’s unclear how the mandate will be enforced.

Airbnb has denied that its short-term rentals affect local housing affordability. In a 2015 study, Airbnb claimed that only 296 listings out of all its home shares Seattle are more profitable than leasing long-term, arguing that it isn’t a “significant driver of housing prices”.

But that study only looked at “entire home” listings, less than half the number of units listed on Airbnb in Seattle. And it claimed that 80% of Airbnb hosts in Seattle are doing so with a home in which they live, renting their spaces temporarily while they’re away.

That’s not what’s happening at 2132 Fifth, where investors own the majority of units in the building. Individually and via family trusts, California resident David Liu, who did not respond to requests for comment, has purchased six units in the building since 2015. All six units are listed on Airbnb under the name Marianne.

Few other condo boards in the neighbourhood allow short-term rentals, saying that turning owners’ investments into a hotel brings a host of problems.

“It’s a huge liability for the building,” said Florian Hall, who manages the Grandview condo complex just four blocks west of 2132 Fifth, as well as several other apartment buildings around the Seattle metro area. “If anyone gets hurt, or God forbid, killed, that could devastate that homeowner’s association.”

(At 2132 Fifth, there’s insurance “in line with the association’s requirements”, a representative of the building’s property management company said.)

Just up the road from 2132 Fifth is Belltown Court, one of the only other buildings in the neighbourhood that allows short-term rentals. Noelle Million recently put her unit there up for sale because, she said, the short-term guests brought unwelcome changes.

“The lobby is like an airport, packed with tourists waiting for their Ubers,” she said. “No one who lives here uses the spa any longer because there are always kids in the pool.”

Right now, it’s unclear how many other area condo buildings may be, like 2132 Fifth Avenue, packed with short-term rentals. That should become clearer after Sept 1, the deadline for short-term hosts to register with the city.

Until then, the best way to figure out where Airbnb is making inroads may be to look for the lockboxes. – The Seattle Times/Tribune News Service 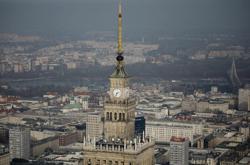 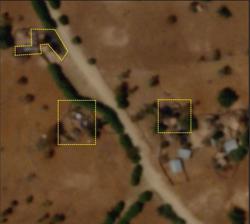