A customer rides a Circ public hire electric scooter alongside a tram in Frankfurt, Germany, on Friday, June 28, 2019. Europeans fought to stay cool as a blast of hot air from the Sahara desert sent temperatures to records in large parts of the continent and whipped up concern about climate change. Photographer: Alex Kraus/Bloomberg

COPENHAGEN: Copenhagen police are cracking down on stoned and drunken people riding electric scooters, which were introduced in the Danish capital at the start of this year.

Police announced on July 8 that they had arrested and charged 28 people over the weekend after a wave of checks.

Twenty-four were caught riding the scooters drunk and four were stoned, the service announced on Twitter.

The new mode of transport has flooded the streets of Copenhagen and many locals are upset over poorly parked scooters.

In June, the city council announced it would limit access to the mainly pedestrianised city centre to only 200 electric scooters and capped their number in the city to 3,000. 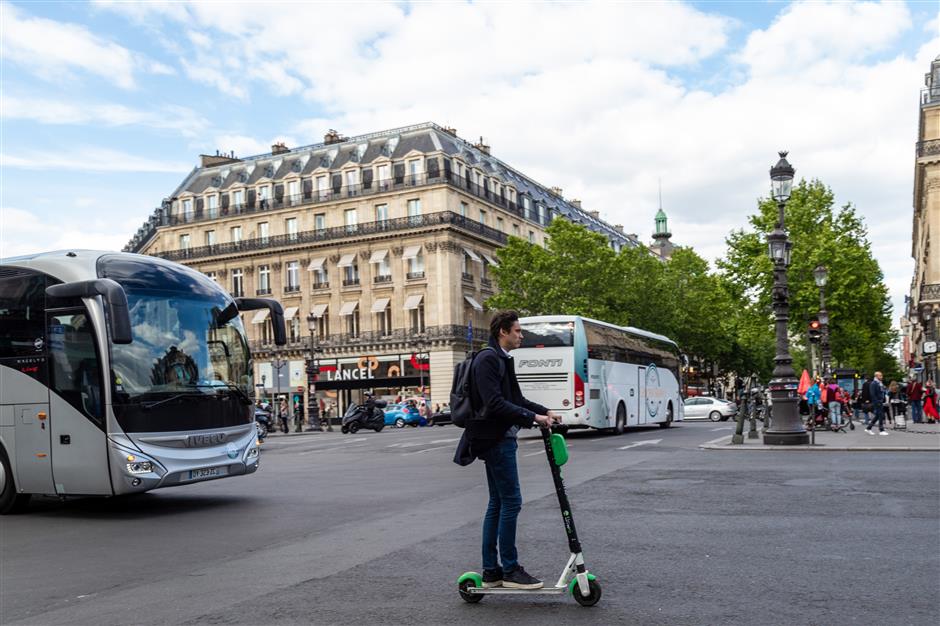 A customer rides a LimeBike shared electric scooter in a road in Paris, France.

Copenhagen is not the only major city coping with the new trend.

Paris has introduced fines of €135 (RM625) for riding electric scooters on the pavement and in June Mayor Anne Hidalgo announced a ban on parking on the pavement.

She also said their speed on roads should be limited to 20 kilometres per hour (12 miles per hour).

Fans see the scooters as a quick and cheap way to get around, with the “dockless” devices unlocked with a phone app. Once a ride is over, they can be left anywhere.

But critics say they pose a grave safety risk both for users and pedestrians. – AFP