While the date-rape images have been reported to Twitter and it has since shut down some of the accounts, there have been growing calls for a police investigation.

Feminist blogger “Shaoxi” says she first heard about #ChinaWakeUp last week, after she was sent disturbing photos apparently showing Chinese women who had been drugged and raped.

A follower on microblogging site Weibo sent her the graphic images, saying Russian women were using the hashtag to expose Twitter accounts posting such photos to advertise date-rape drugs and pornographic videos.

The images showed unconscious women nearly or fully naked, accompanied by a message saying they were screenshots from videos, with a contact number for anyone who wanted “fresh updates”.

Shaoxi said she saw it as a call to action and, along with her friend and fellow feminist blogger “Guozili”, took to social media to raise awareness of the problem.

Their Weibo topic had soon been viewed more than 10 million times.

Women in China are becoming more vocal about feminist issues, sexual harassment and abuse – including exposing incidents on university campuses and in the workplace – inspired by the worldwide #MeToo movement that began in America in 2017.

While the date-rape images have been reported to Twitter and it has since shut down some of the accounts, there have been growing calls for a police investigation.

Shaoxi said the Twitter accounts had also been reported to China’s Internet police, but so far there had been no response.

The photos first began circulating in the Russian-speaking Twitter community, according to a woman from Russia with an account on the platform who declined to be named.

Those who have helped to expose the accounts said they were angry and they wanted to do something about it.

“Videos with bullying, raping and beating women should not be popular,” the Russian woman said. “Never mind where it’s happening, it’s happening to women like me – like all of us. If we don’t want this to happen to us, we must show everyone that we will not let it happen, we must react.”

Twitter – which is blocked in mainland China but can be accessed using a virtual private network (VPN) service – said it was taking action.

“We are aware of this activity and are taking action on accounts that are in violation of our policies,” a spokesman for Twitter said.

A number of accounts have now been deleted from the platform.

But Guozili said blocking the users was not enough because they were likely to resurface elsewhere.

She said she had seen similar posts earlier in the year and wrote about them on Weibo in March, when a sex scandal involving K-pop star Seungri also emerged, with the former Big Bang singer accused of drugging and raping women at a nightclub.

“There are two parts to these cases – one is the spread of pornography and profiting from filming the videos. Then there is the other crime, the drugging and raping,” she said. “While we know about the later part, the initial crime has not been investigated.”

The online sale of date-rape drugs – often advertised with photos of unconscious women – drew media attention last year, with The Beijing News reporting that a simple Internet search produced ads for such “health care products” that were actually anaesthetic drugs or aphrodisiacs.

One seller told the newspaper that the drugs could be hidden in chewing gum or cigarettes. The report said the person had also sent videos of naked, unconscious women to advertise the drugs.

According to Guozili, media reports and the #ChinaWakeUp campaign had raised awareness of date-rape drugs, but the authorities needed to do more to combat the problem.

“We’ve always been raising these issues, but this isn’t something that Internet users or individuals can solve – the authorities need to pay attention to this,” she said. “We need more help.” – South China Morning Post 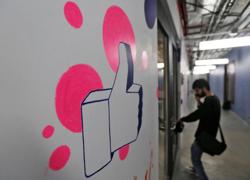