Pokémon Go is heating up the Summer season with a week-long raid event and a Community Day this weekend featuring a blazing chicken, Torchic.

During the Community Day event, which takes place between 3-6pm local time on Sunday (May 19), Torchics will appear more often.

If players evolve it to its ultimate version Blaziken, they will be rewarded with the exclusive charge attack Blast Burn.

Players will also gain three times the stardust, a resource for powering up Pokémon. Lures, which make more creatures appear, will also last three hours instead of 30 minutes.

During the Extraordinary Raid Week event, which runs from May 22-28, more raid challenges will pop up with a chance to catch uncommon Pokémon and reward players with double the experience and stardust.

"Prep your best teams, and get your Raid Passes ready for our upcoming Extraordinary Raid Week. To test your battle skills, we have a full week of exciting raids for you to show off your Trainer prowess," says game maker, Niantic Inc.

Raid battles are special challenges that require groups of players to work together to defeat a boss Pokémon, to earn the chance to catch the rare creature.

One in particular, the Bronze Pokémon Bronzor which appears in tier one raids, might appear in its Shiny Version with an alternate colour pallette.

On May 26, between 11am and 2pm, the Transport Pokémon Lapras will also joining Raid Battles. Players fighting during that time will be given up to five free Raid Passes, with a small chance to encounter a Shiny Lapras should they defeat the pocket monster in battle. 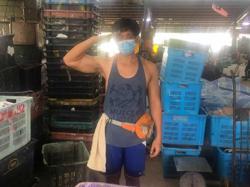 From gym to wet market: Fitness trainer thanks M'sians for show of support