Ghost kitchens give chefs the speed to feed the delivery beast 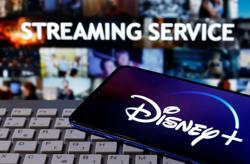 Thomas Pham, a franchisee with 10 Halal Guys kebab restaurants in Southern California, is giving it a try. He turned to the newish “ghost kitchen” business model earlier this year as he builds out his company.

Rather than paying as much as US$500,000 (RM2.08mil) upfront for a new restaurant, he opened a location in a shared-space kitchen in Pasadena that makes food for to-go and delivery customers. The cost: US$20,000 (RM83,614), plus a US$5,000 (RM20,903) monthly fee, which is half the rent for a brick-and-mortar restaurant, he says. With delivery orders booming across the restaurant industry, these new-style cookhouses may be just the ticket for growth.

“It’s difficult to find real estate,” says Pham. “Any opportunity to expand the brand there without breaking the bank and breaking the wallet is a positive.”

The shared space is operated by Kitchen United Inc, a startup backed by the company formerly known as Google Ventures that plans to have as many as 15 locations across the country by the end of the year, including in Atlanta and Columbus, Ohio. They are ghost kitchens, or delivery-centric cooking spaces without the added hassle of in-person dining that a traditional restaurant brings.

Ghost kitchens are truly the Wild West of the restaurant industry. Basically faceless commissaries, there are no best practices yet, with startups quickly entering the market and many of them failing. Some have one small kitchen producing for several brands, while others-like Kitchen United-have larger spaces, with rented, booth-style kitchens. Chief executive officer Jim Collins says Kitchen United plans to grow to 300 to 400 spaces in four years, and has enlisted chains like gourmet hot dog seller Dog Haus as tenants. In Chicago, where 11 different restaurant brands operate, the site is buzzing with conveyor belts zipping bags of deli sandwiches across the kitchen and down the side of the building to waiting DoorDash Inc and Uber Eats drivers. There is no eat-in service. Last year, the company secured US$10mil (RM41.80mil) in a funding round led by GV.

“There’s no reason why you can’t virtualise what a restaurant is,” Collins says. “In the past you had to have a retail” location, he says. “You don’t really have to do that anymore.”

The convenience factor is part of the appeal. Diners are craving speed, along with their food. Takeout and delivery are popping, even at sit-down chains like Applebee’s, which expects off-premise sales to account for more than 20% of its business in three years. It’s at 13% now. Parent company Dine Brands Global Inc, which also owns IHOP, is in talks with potential virtual-kitchen partners, CEO Steve Joyce says.

“We’re looking at that model in urban locations,” Joyce says. “It would be an interesting type of joint venture.”

Chipotle Mexican Grill Inc has embraced the model in its own way with what it calls second-make lines that are for digital orders only. Workers can quickly churn out burritos without being impeded by pokey customers. They’ll be in all of its restaurants by the end of this year. Ghost kitchens have the same advantage and more. Without cashiers, little seating and no angry customers, they’re easier for staff, and cheaper to run. Fewer employees can focus on making food to go – Kitchen United says its smaller chains can get away with just one or two cooks.

Still, there are plenty of challenges. Red Robin Gourmet Burgers Inc tested a delivery-only 1,800-square-foot location in Chicago with a limited menu. It wasn’t profitable and the company shuttered it after just six months. Now, the chain is talking to Kitchen United.

“Consumers just want their food,” says Jason Rusk, vice-president of business innovation at Red Robin. “They don’t care where it comes from, as long as they can get it.”

Some ghost kitchen companies have abruptly closed as third-party delivery services squeeze margins with fees that can be as much as 30% of sales.

Sprig, which promised healthy meals delivered in 15 minutes, is no more despite an endorsement by Gwyneth Paltrow’s goop blog. In 2017, Green Summit Group, which had locations in New York and Chicago, shut down after failing to attract investors, according to founder Peter Schatzberg. And last year, Alacarte closed its first virtual kitchen in Miami Beach, after just a year. But founder Ken Ray is trying again, peddling fried chicken and cheeseburgers from a location with cheaper real estate. “We’ve seen a lot of them start up, and build a bunch of buzz and then flare out,” says Sterling Douglass, CEO of Chowly Inc, a restaurant software provider. “It’s one of those markets that I think is in its infancy, so there are still a lot of people who are trying to figure that out.”

One benefit of ghost kitchens is the ability to sell multiple brands – maybe one with a name that appeals to Gen X shoppers, one with more of a millennial vibe – with little added cost. That’s what the Family Style Inc restaurant group is doing at its location in Chicago.

Although locals who pop in for a slice or a whole pie see a sign calling it Gabriella’s New York City Pizza, the restaurant’s kitchen actually prepares six different brands for delivery with menus that are essentially the same: Pizza, Coke and ice cream. They use shared sauces and raw ingredients like flour, olive oil and yeast, and buyers can find each brand name listed separately on sites like GrubHub Inc. The eatery doesn’t take phone orders and 99% are for delivery, says manager Ian Johnson. The pizza on the left is from Gabriella's, and on the right from Lorenzo's. — Bloomberg

Deliveries on a recent Saturday afternoon of Gabriella’s and another of the brands – Lorenzo’s of New York Pizza – each took about 50 minutes and arrived in the same generic boxes with no brand name. The pizzas looked strikingly similar, even though the same-sized one from Lorenzo’s was US$1.80 (RM7.53) more.

Christina Slater, a 46-year-old Gabriella’s fan, says she wasn’t aware her recent veggie-and-sausage pie came from a kitchen with other names, too. “It sounds like they’re trying to increase their business,” she says. “I had no idea.” – Bloomberg