These bring the number of so-called virtual banking licenses issued by the Hong Kong Monetary Authority this year to eight.

The introduction of online-only banking has the potential to be the biggest shake-up in years in the city’s retail banking sector dominated by old-guard lenders such as HSBC, Standard Chartered and a slew of Chinese banks.

The Hong Kong Monetary Authority said the newly licensed banks plan to launch their services in six to nine months.

The regulator said it would closely monitor the operations of the virtual banks, including customer reactions and the impact of these services on the banking sector in general.

"Eight new ambitious and well-capitalised 'challenger’ banks coming to market in or around the same time have the potential to inflict considerable damage on incumbent players – as well as on each other," said James Lloyd, EY’s fintech leader for Asia Pacific. "Expect fireworks," he added.

"Opening up critical banking services to retail consumers and SMEs will fundamentally change the way that businesses in Hong Kong operate," Jie Liu, partner at Hillhouse Capital, said in a statement.

Insight Fintech is a JV between Xiaomi, which holds 90%, and independent investment bank AMTD Group.

"Our virtual bank will enable every user to enjoy the pleasure of using fintech," said Hong Feng, Xiaomi’s co-founder and senior vice-president in a statement.

Ant SME Services is a unit of Alibaba affiliate Ant Financial, while PingAn One Connect is a unit of Chinese insurance giant PingAn. – Reuters 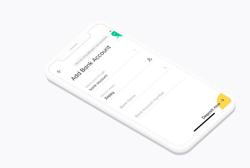 Alibaba to invest US$1.4b in AI system for smart speakers