How to better recycle all those batteries? This US professor has some ideas In an increasingly high-tech world where smartphones are as ubiquitous in Mongolia as they are in Manhattan and the growth in the number of electric vehicles on the road is expected to explode, scientists and engineers are trying to solve a big problem: How to recycle the batteries that make all of those things work.

The US Department of Energy recently launched its first lithium-ion recycling hub, called the ReCell Center, and a UC San Diego professor will add his expertise in the campaign to help the United States grow a competitive recycling industry and reduce the country's reliance on foreign sources of battery materials.

"The short-term goal is to reduce the cost of lithium-ion battery cells by 30%," said Zheng Chen, assistant professor and nanoengineer at the Sustainable Power and Energy Centre at the Jacobs School of Engineering. "This means everyone will pay less for cellphones, laptops and electric vehicles."

With US$15mil (RM61.12mil) in funding for three years, the program will bring collaborators from universities and national laboratories to develop new methods for separating and reclaiming materials from spent batteries in electric vehicles or EVs.

Researchers will then scale up the most promising technologies at the ReCell Center, located at the Argonne National Lab, where participants can use research and development tools not found in their own laboratories.

In demand for their faster charging and longer life capabilities, lithium-ion batteries are found in smartphones, laptops and other electronic devices. But when consumers buy new products, the batteries from those old devices often end up in landfills or tucked away in drawers and closets.

Lithium-ion batteries are also found in most plug-in hybrids and EVs but the batteries in vehicles are much larger, making them harder to recycle.

Plus, the cathodes of batteries in EVs, smartphones and laptops require cobalt. But 54% of the world's supply of cobalt is found in one country – the Democratic Republic of Congo, which has a history of political instability. Human rights groups have documented instances of child labour in Congo to extract the metal.

The world also has a finite supply of lithium. Currently, lithium-ion batteries are recycled at a rate of less than 5%.

In his work at UC San Diego, Chen has developed a way to recycle used cathodes from spent lithium-ion batteries and restore them to the point where they work as good as new. The next step is to streamline the process and make it commercially viable.

Chen said he and his team will mainly conduct their work at UC San Diego but will travel to the ReCell Centre to discuss their project and collaborate with others.

"In the long-term, this project can significantly reduce our reliance on expensive metals such as lithium and cobalt, which we have to import from other countries, and their global reservoir is limited," Chen said in an email. "By reducing the needs from mining natural resources, we also save our environment."

Recycled materials from lithium-ion batteries can be used in new batteries and that would reduce production costs by 10% to 30%, which can help lower the costs of EV batteries to US$80 (RM326) per kilowatt-hour – the goal set by the energy department.

The ReCell Centre can help "solve the challenges that have prevented the US from reaping the economic, environmental and security benefits that come with having a large commercial US-based lithium-ion recycling market," Jeff Spangenberger, director of the ReCell Centre, said in a statement.

In a separate project, the Department of Energy also launched the Lithium-Ion Battery Recycling Prize, a US$5.5mil (RM22.41mil) competition designed to incentivise innovators and businesses to develop processes that, when scaled, have the potential to profitably capture 90% of all discarded or spent lithium-ion batteries in the United States. – The San Diego Union-Tribune/Tribune News Service 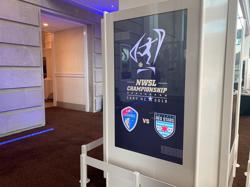 Robinhood sparks buzz on Reddit, shares up 15%
Brazil retailers hunt for M&A deals to compete for e-commerce dominance
No, the Covid vaccine doesn’t have a microchip. How US doctors are fighting misinformation
Kuaishou ends US push by shutting down TikTok clone
Amazon launches free one-day delivery in Brazil amid fierce competition
Iranians fear new bill will restrict Internet even further
Chinese state media soften tone as criticism of gaming continues
Teen, 16, admits to taking upskirt videos of schoolgirls, including one in primary school in S’pore
Tokyo Olympics: A 58-year-old table tennis player is finding online fame as the ‘Shanghai auntie’
Sony posts record Q1 profit on pandemic demand for devices and content