Social media, technology and your kids: tips for parents

Here are five skills that tech might be eroding in your child. (Common Sense Media/TNS)

In recent weeks, parents have flocked to social media to warn others about supposed videos featuring "Momo", a scary creature urging children to harm themselves and others, but the challenge turned out to be a hoax.

The hoax had evolved from another faux challenge that proposed ever-escalating dares to kids on the messaging app, WhatsApp, according to the Associated Press, but it wasn't linked to actual evidence of children hurting, or killing, themselves.

Regardless, more non-profit organisations are doing their part to help parents traverse the muddy waters of parenting in an uncertain digital world.

First Things First, a US family advocacy non-profit group, has been holding a new workshop to provide tips for parents in the digital age. The Chattanooga non-profit noticed once of the most common things parents came looking for guidance on was social media and technology – parents asked for tips for navigating the sometimes-foreign, online world. The organisation also recently conducted a survey of 1,000 Hamilton County teenagers on their technology and social media use.

The parents and grandparents who attended the workshop were across the spectrum when it came to their own comfort levels with technology and with letting their children use technology, but many of them shared the same concerns.

Lack of guardrails and ease of accessing content they might not approve of, the sheer amount of time spent on social media or playing games or on their phones, and the lack of security were among some of the biggest concerns. Many parents were also curious how they can get their kids thinking about the permanence of what they put online.

"Your kids are going to get technology, you can't just stop them from having it. They need it for school, will encounter it at a friend's house," said Chris Gregory, development director for First Things First. "So how do you create a relationship with your kid so that when they see something that's not OK, they come to you first?"

For Gregory, that means he knows the passwords or passcodes to all his kids' devices. Sometimes he'll scroll through Instagram with his daughter or lean over the computer screen, wondering who is playing Fornite with his son.

"I remember when my parents first got call-waiting," said Gena Ellis, educator for First Things First, during a recent workshop. "It's amazing how much technology has changed in our lifetime."

Many parents don't even know what apps are hot among kids right now. Parents in the workshop acknowledged Instagram, but debated Musical.ly and Snapchat. According to the survey, teens use YouTube and iMessage but aren't really on Kik, WhatsApp or Twitter.

Facebook remains a channel used by about half of today's teens, but some parents wonder if it's just to please them.

Joe Pricer says parents often talk about avoiding technology, but don't talk about how it can be used.

"It's one thing to avoid technology completely, it's another to take it and harness it to make it part of the environment you want for your child," he said.

The Pricers have some firm guidelines, but also try to utilise technology for its advantages. One of their sons is diabetic, and Joe Pricer can track his blood sugar through the app Dexcom on his phone. All six Pricer kids, their parents and even grandma share locations with each other so they know where they are at any time.

Joe Pricer acknowledges that some parents – especially ones still comfortable using an analogue watch and going inside the bank – are scared of technology or shy away from it, but he believes they just have to understand how it can be used.

Ellis told parents that "fear is not a parenting strategy".

Instead, parents have to find what works for them. He provided tips to parents such as creating a family media plan and setting limits on when, where and how often kids should be using devices.

At Ellis's house, the dining room table is a tech-free zone. For Gregory's family, phones are all plugged in on the kitchen counter at night.

They also encourage families to wait as long as possible to let a younger child get a smartphone or create a social media account, especially if parents are worried about young children accessing Momo-like hoaxes or content.

Last year, Hamilton County Sheriff Jim Hammond issued a warning to parents, cautioning them to pay attention to what their children post on social media after an uptick in investigations into threats that originated on social media.

A final note that Ellis and Gregory gave parents when it comes to technology use: be a role model.

"We often focus the technology lens at our kids," Ellis said. "Sometimes we need to turn it around and look at ourselves in the mirror and see how we are role-modelling technology use." – Chattanooga Times Free Press/Tribune News Service 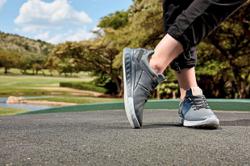