A billionaire forged in Free Fire, the Fortnite of Singapore

Forrest Li, founder and group chief executive officer of Garena Interactive Holding Ltd., speaks during an interview at the company's headquarters in Singapore, on Thursday, Aug. 25, 2016. Garena, a gaming and e-commerce empire that is now Southeast Asia's largest startup, is a Singapore-based company that's valued at more than $3.75 billion. Photographer: Nicky Loh/Bloomberg

Free Fire is a world unto itself.

More than 40 million players log on each day to find weapons and battle it out till one character’s left standing. It’s Sea Ltd’s marquee hit, a virtual landscape housing more people than the American population and the prime reason Chinese-born founder Forrest Li is climbing the real world’s wealth rankings.

The 41-year-old entrepreneur owns 13.8% of Singapore-based Sea, a stake now worth roughly US$1bil (RM4.07bil), according to the Bloomberg Billionaires Index. Shares in South-East Asia’s biggest gaming service surged 35% on Feb 27 – the most since its 2017 initial public offering – after reporting a doubling in sales and robust growth at e-commerce unit Shopee.

Free Fire played a mega role: with more than 350 million registered users from Brazil to Indonesia, it was the world’s fourth most-downloaded game on the Apple and Google app stores in 2018.

Even though last year’s net loss widened to US$961mil (RM3.91bil), investors are betting that Sea’s costly expansion into e-commerce will complement its gaming arm and create a regional Internet-services heavyweight in the mould of backer Tencent Holdings Ltd. Sea this week forecast 2019 annual adjusted revenue at gaming arm Garena and mobile shopping unit Shopee will double or more.

Neither has to look far for advice on how to manage their wealth. Tencent is a shareholder in both Sea and Fortnite-developer Epic Games Inc and the Chinese gaming titan’s founder Pony Ma is worth US$34.4bil (RM140.14bil), according to Bloomberg wealth rankings.

Born and raised in the port city of Tianjin by state-company lifers, Li attended a Shanghai university in his teens, arriving in a metropolis teeming with urbanites who spoke an alien dialect. He spent most nights playing games at an Internet café till dawn. Li adopted his English name after identifying with Tom Hank’s Oscar-winning portrayal of the fictional character Forrest Gump.

After graduation, he worked at Motorola Solutions Inc and Corning Inc in China. But he saw a limited future as a white-collar manager and enrolled in Stanford’s MBA programme. It was when he attended his then-girlfriend’s graduation ceremony – the same one where the late Steve Jobs gave his now-famous commencement speech – that things clicked for him.

In an interview with Bloomberg in 2016, Li said he replayed the oration daily for months on YouTube before deciding to strike out on his own. “It gave me the courage to do what I am doing now,” he said at the time. Li founded his company, then known only as Garena, in Singapore in 2009, starting out as an online gaming service.

Since going public in October 2017, Sea has struggled to keep its footing amid widening losses. The company invested heavily to expand beyond games and into e-commerce, where it faces entrenched competition from the likes of Lazada, owned by Alibaba Group Holding Ltd, as well as a number of well-funded homegrown players. – Bloomberg 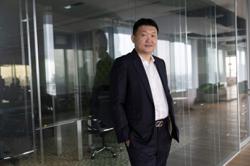