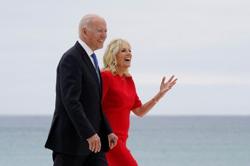 LONDON: When a man took a picture under her skirt with impunity, it was the final straw for Gina Martin – whose campaign has produced a change in British law.

Her experience put Martin on the frontline in a fight to make the practice of so-called “upskirting” illegal, one that has seen her face lawmaker resistance and even online resistance.

Martin tweeted that she was “over the moon” after parliament this week voted through the legislation.

“I AM EXHAUSTED AND SO HAPPY!” she wrote.

Martin, from Liverpool in northwest England, was attending a music festival in London’s Hyde Park when a man rubbed against her while his friend lurked nearby.

“Five minutes later, I saw that his friend... was watching a picture taken very close to a woman’s crotch,” she told AFP in an interview last year. “I knew it was me immediately.”

Martin grabbed the phone and showed the image to police officers.

To her surprise, they seemed unsure what to do and, after asking the man to delete the photo, took no further action.

In a phone call several days later, an officer told her the case was closed.

“They said ‘we can’t really help you’,” she recalled. “And then I got really angry about it.

“Growing up as a young girl who lives in a city... you have really scary situations constantly and it was the last straw.”

Martin was outraged to learn that taking such pictures – “upskirting” – was not a crime in England and Wales, unlike in Scotland.

The daughter of “progressive, passionate” parents who had raised her to be a feminist, she decided to campaign to make it illegal, collecting more than 100,000 signatures of support in an online petition.

An offence of “upskirting” was included in draft legislation criminalising voyeurism and which has now passed through parliament.

However, it has taken time for her voice to be heard.

Initially Martin’s demands attracted hate messages and intimidating threats online, which led her to change her name on Facebook.

“I got rape threats for a year,” she said. “The main narrative (was) it’s my own fault for wearing a skirt.”

Martin, who works in advertising and is far removed from political or activist circles, said after enduring a “really bad” period of barely sleeping, she began to make progress with the support of her lawyer, boyfriend and family.

She gathered testimonies from other victims of “upskirting”, including young girls who recounted incidents in schools, at bus stops, and on public transport.

In June last year, the activist suffered a setback when the proposed law over “upskirting” was blocked in parliament by Conservative MP Christopher Chope.

It now stipulates a fine or even a prison sentence of up to two years in jail for those found guilty.

Martin believes her campaign was boosted by the emergence of the #MeToo movement late last year.

“It became suddenly a little easier,” she said of trying to get people in power to pay attention to the issue.

“They definitely knew that they had to listen because that international conversation was happening and they couldn’t go away from it anymore – they couldn’t sweep it under the carpet.”

“I am really ready to be able to tell these girls who message me, and tell everyone, that they can now use it and that it will actually change their lives.” – AFP 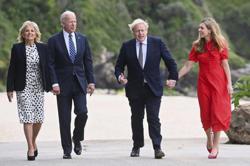