In this Nov. 24, 2018, photo, Filmmaker Tuleka Prah, right, films chef Touty Sarr , as she prepares a plate of thiebou dieune, a traditional Senegalese dish of spiced rice, inside a kitchen in Ngaparou, Senegal. In the quiet hours before lunch, two women worked side by side in an airy kitchen. One, a chef, cleaned fresh red snapper filets with a sharp knife. The other, a filmmaker, pointed her camera into a large pot of simmering vegetables. (AP Photo/Amelia Nierenberg)

NGAPAROU, Senegal: In the quiet hours before lunch, two women worked side by side in an airy kitchen. One, a chef, cleaned fresh red snapper filets with a sharp knife. The other, a filmmaker, pointed her camera into a large pot of simmering vegetables.

“What would you say this is, low heat or medium?” Tuleka Prah asked, setting the camera aside.

Her pen poised over a lime green notebook, the 37-year-old Prah waited for the next step in the recipe for thiebou dieune, a traditional Senegalese dish of spiced rice, tender vegetables and fish. She came to this West African nation to document its four most popular dishes as part of My African Food Map, a blog and film archive.

“Low heat,” said 38-year-old Touty Sarr, who runs the kitchen of a popular café in Dakar. She turned to her daughter, who was watching her cook. “This one, if you put it on high, it would all get dry. That’s one of the secrets.” 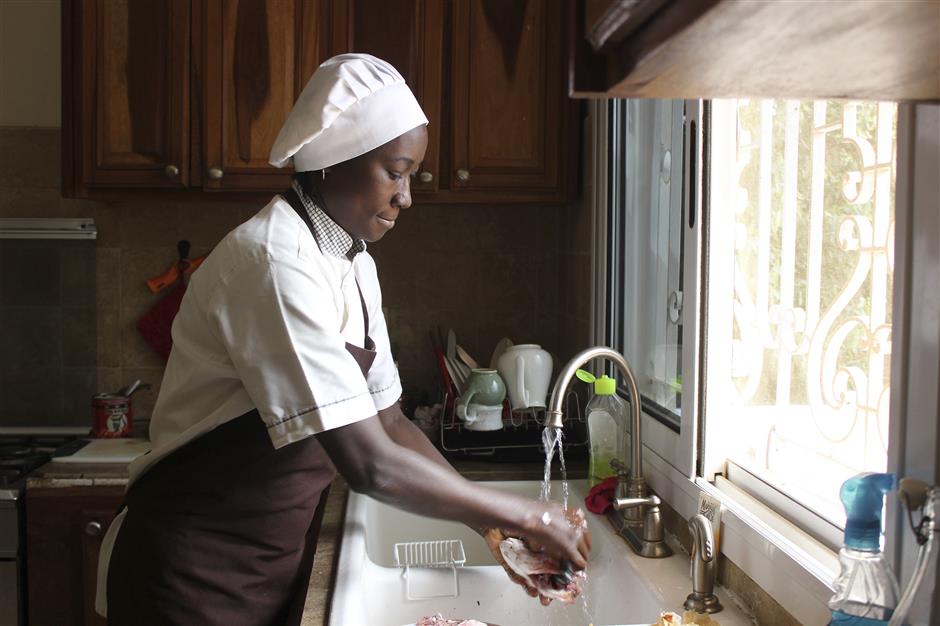 Sarr scrapes the scales off a red snapper to boil in the savoury broth of thiebou dieune, a traditional Senegalese dish of spiced rice, inside a kitchen in Ngaparou, Senegal.

Senegal was Prah’s fifth destination since her project began in 2012. She hopes to show the care and skill that goes into African dishes, such as South Africa’s fried dough amagwinya and Kenya’s kachumbari, an onion and tomato salad.

“The idea, at its most basic, is to present the food how people who love it would prepare it,” Prah said. “It’s like a database or a digital vault where people can open the drawer, see recipes, see some ingredients.”

Born in England to a Ghanaian father and a South African mother, she lived in six African countries during her childhood including Namibia, Kenya and what is now South Sudan. After finding no reliable recipes online for Ghanaian dishes – and no photos that made the beloved food look appetising – she started My African Food Map. 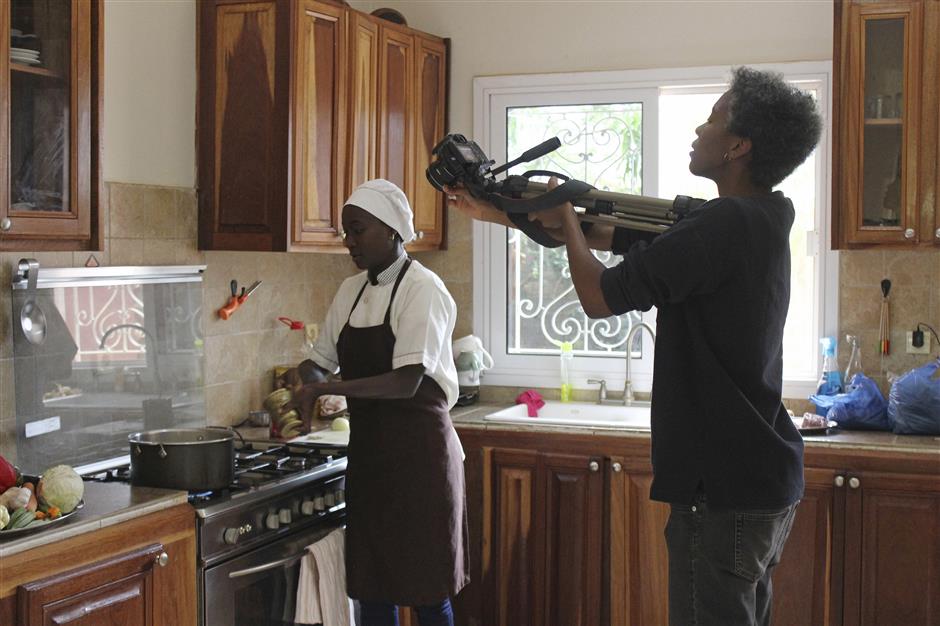 Prah (right) filming Sarr as she prepares a pot of thiebou dieune.

She celebrates the cuisines of a continent often marred by negative stereotypes.

“Africa is often associated with poverty, with hunger, with failures of food in a political and nutritional sense,” said James C. McCann, chair of the history department at Boston University and a specialist in African environmental history and cuisine. “It’s an area of the world that has not been covered by the food craze.”

Other culinary historians, chefs, and foodies are fighting such stereotypes. Some, like author and professor Jessica Harris, have studied African and diaspora cuisine, exploring the roots of foods taken far from home by slavery. Others, like Fran Osseo-Asare and her Ghanaian-focused project Betumi, investigate the foods of a single country.

“The Internet was the democratisation of African food writing,” said Osseo-Asare, who said she has blogged about African food since the 1980s. “When the Internet came, you didn’t have publishers as gatekeepers that could stop you from getting your work out.” 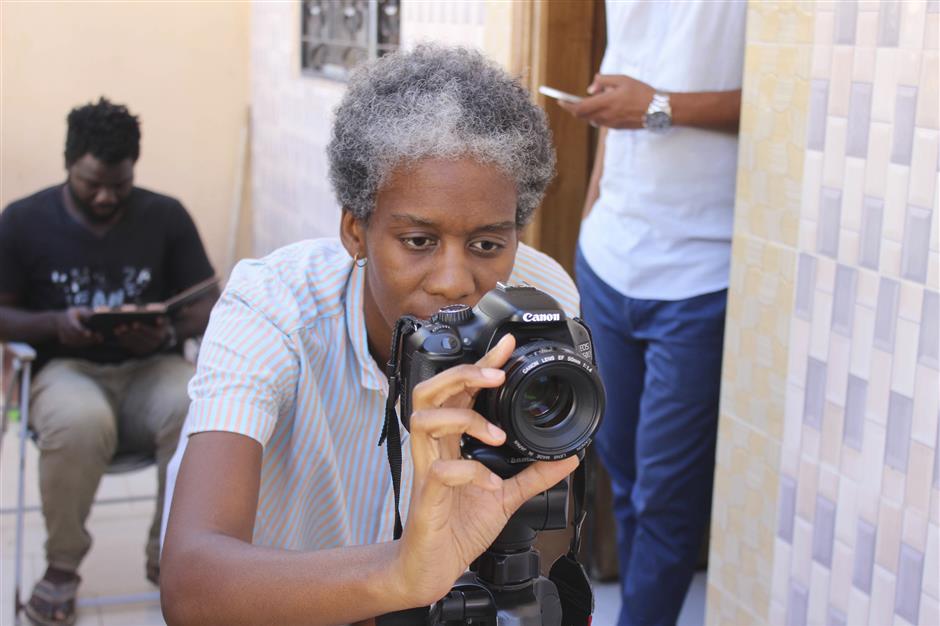 Prah hopes to show the care and skill that goes into African dishes, such as South Africa’s fried dough amagwinya and Kenya’s kachumbari, an onion and tomato salad.

“I always feel like I am from the whole continent,” she said. “I can find myself in different aspects of different countries I visit.”

Her videos often have tens of thousands of views, and she dreams of doing her project full-time like Anthony Bourdain did. She said she has had no luck finding sponsors but intends to keep trying.

“The best outcome is when people say, `That is our food, that is our dish’,” she said, remembering her work in Kenya. “I was extremely happy when the first comments I got on YouTube were, `Oh, this reminds me of home’.”

To find authentic recipes and skilled chefs, Prah asks everyone she meets in a country – hosts, cab drivers, shop keepers and strangers – about their favourite foods. She met Sarr this way, through friends of friends.

“I learned from my grandma. I used to follow her everywhere,” said Sarr, who wears her stiff white chef’s uniform every time she cooks, even at home, because it makes her feel more professional. “And our grandmas, they think that taking time with the food gives it more flavour. So I take time, too.” 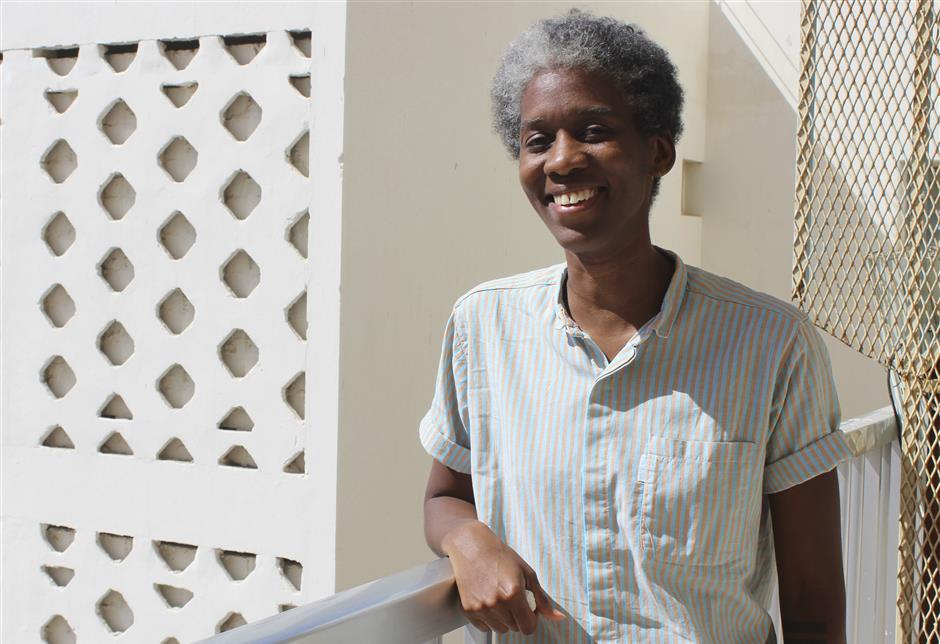 Prah started My African Food Map to celebrate the cuisines of a continent often marred by negative stereotypes. The aim is to present food "how people who love it would prepare it." And she's not alone, as others explore the cuisines of the continent and its diaspora for a global audience.

She said she became a chef after money ran out to pursue her dream of being a doctor.

“There are a lot of similarities between cooking and medicine,” she said, skinning onions. “The feeling of being full after you have eaten is the same sensation as getting better after being sick. It’s something that gives me a lot of pride.”

She dropped garlic into sizzling oil, then stepped back as Prah moved close to the pot to film. The two women orbited each other, artists collaborating over the pot burbling on the stove.

Sarr said she cooks by smell, by sound and by taste, but Prah wrote her steps down in order, recording a recipe for others without the guidance of grandmothers and mothers at their side. A platter of thiebou dieune, a traditional Senegalese dish of spiced rice, is served by Sarr.

After two hours of chopping and pounding, scraping and whipping, boiling and simmering, Sarr spread red-tinted rice across a platter almost two feet wide. She flattened it and carefully arranged the vegetables and fish in a circle for a communal meal, with some family members eating with spoons and others with their hands.

Prah snapped a picture, and then another, before putting her camera aside to try the dish.