A policeman investigating the taxi belonging to Choi who set himself on fire in protest of an upcoming ride-hailing app.

The South Korean taxi driver who died after lighting himself on fire in front of the National Assembly in Seoul left a note addressed to a senior politician and prominent journalist.

The 57-year-old surnamed Choi, who self-immolated in protest of an Uber-like ride-hailing app, addressed the two-page note to Lee Hae-chan, leader of the ruling Democratic Party, and Sohn Suk-hee, a news anchor with broadcaster JTBC.

In the note, which was published by Korean media, Choi listed demands for how the government should respond to the upcoming launch of the app, which taxi drivers fear will decimate their already meagre earnings.

Among other demands, Choi asked that his body be placed outside the headquarters of the app’s creator, Kakao Mobility, until the government decided to ban the service.

Kakao expressed condolences over the death of Choi, who left behind a one-year-old grandchild, but has not commented on whether it will delay the app’s launch.

“It’s sad and heartbreaking that something like this has happened,” said a spokesman. “We are mourning the death of a taxi driver who was burned to death in protest against the carpool service on Thursday.”

Self-immolation as a form of protest has a long history in South Korea. In 1970, 22-year-old Jeon Tae-il set himself on fire to protest poor working conditions in garment factories in one of the most famous cases of deadly protest in the country.

Other protests have seen demonstrators cut off fingers or their hair.

“The protests these days are way more tame than they used to be,” said Michael Kim, a history professor at Yonsei University in Seoul. “But then recently this taxi strike threatens to become very violent.” 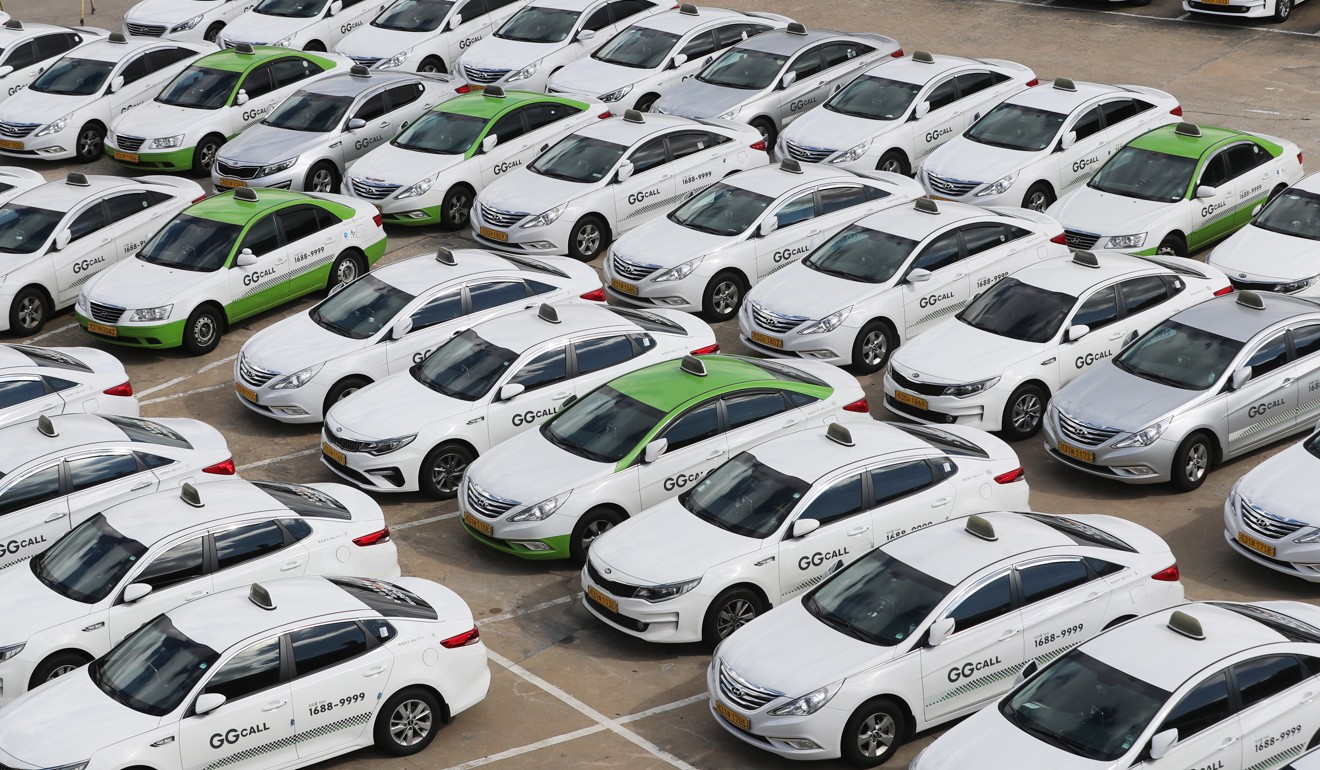 Taxi drivers have waged a fierce campaign to protect their livelihoods ahead of the launch of the ride-hailing service.

Kang Shin-pyo, chairman of South Korea’s taxi union, said drivers were prepared to fight and that an upcoming rally on Dec 20 could be the most intense yet.

In response to Choi’s death, ruling party Rep Kim Nam-kwon announced an emergency meeting at the National Assembly on Tuesday to find a way for the taxi industry to coexist with the carpooling service. The app, which entered the beta testing stage last week, is set to launch on December 17.

The stand-off between taxi drivers and Kakao dates back to October, when the tech giant best known for KakaoTalk, South Korea’s most popular messaging app, started accepting applications from drivers.

Taxi drivers quickly mobilised in a repeat of protests that forced the exit of Uber from the country in 2015. In October, about 60,000 taxi drivers gathered outside Seoul City Hall to protest what they saw as the tech firm’s betrayal. Until then, taxi drivers had worked amicably with Kakao through their Kakao Taxi app, which connects customers with official taxis.

That changed after Kakao announced its own Uber-like app, marketed as a carpooling service to avoid the same legal roadblocks that caused Uber to stumble.

South Korean law forbids private vehicles from being used for business purposes but makes an exception to help ease traffic during “commuting hours,” without specifying when those hours begin or end. Kakao has taken advantage of the grey area, while the South Korean government has given it the green light to operate.

Some taxi drivers have boycotted Kakao Taxi, opting for a competing service called T Map Taxi, which also connects customers and taxis. The app’s use skyrocketed from 30,000 users in June to 102,000 in November, according to SK Telecom.

But the boycott is unlikely to be enough, with attitudes around transport shifting in South Korea. Passengers have voiced complaints about the shortage of taxis during peak hours and poor service from drivers, expressing enthusiasm for the sharing economy. – South China Morning Post