These clever car features are taking the nightmare out of parking

HANDOUT - A Volvo app lets drivers park their cars and gets the car to drive back out - all on its own. Photo: Volvo/dpa

A new range of high-tech features are making lighter work of getting into tricky parking spaces, as the software systems in our cars get ever more intelligent.

After all, robots are more precise than the most experienced car parkers and the days of ugly scratches and dents while squeezing into a lot may soon be over.

Robotic valet parking is the current buzzword – a concept that lets the car do all the work with a minimal of human interaction.

Hamburg Airport is one of a number of locations where autonomous valet parking is being trialled. — Volkswagen AG/dpa

These are a far cry from early systems which did a lot of bleeping, with red lights flashing away as sensors in the bumpers told the driver if he was getting too close to another vehicle while trying to park.

Cameras have taken over here and, while they do issue audible warnings, the driver can actually see how close they are to other vehicles as they turn the wheel into a space.

Take the aptly named Birdview system from Nissan. The cameras generate a virtual bird’s-eye view of the car on the navigation screen which enables the driver to constantly monitor his position, said Nissan spokesperson Alexander Sellei.

Then the magic takes over: The vehicle automatically steers itself into position while the driver follows signals and on-screen instructions displayed while operating the accelerator and brakes. 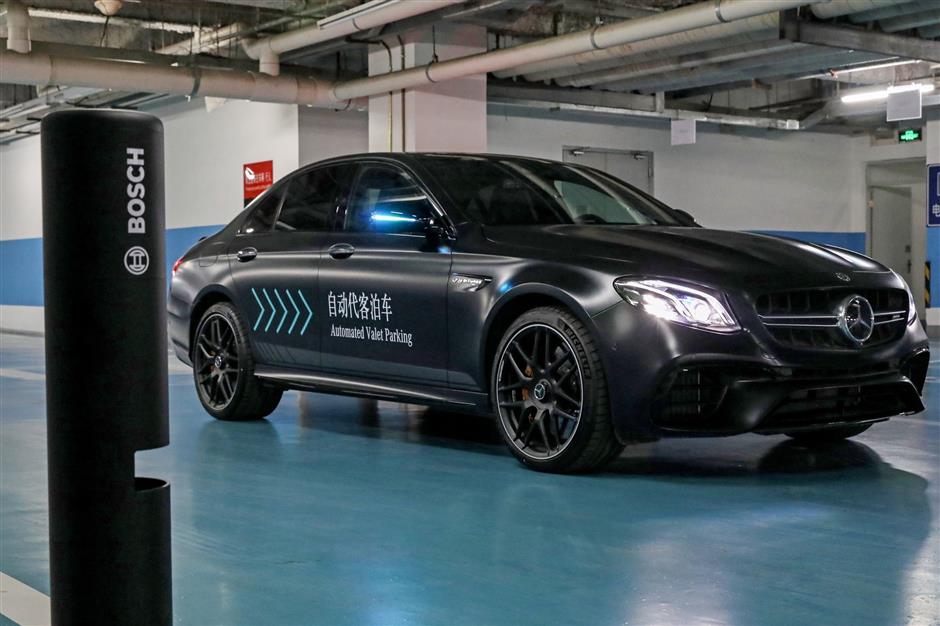 Bosch and Daimler have developed a system that lets cars park on their own and then return to the driver on their own when needed. — Daimler AG/dpa

Volkswagen offers a similar hands-off approach on its Tiguan model while on Nissan's second-generation electric Leaf compact with ProPark Assist the machinery makes the driver's parking task even easier.

The driver pulls up to a suitable roadside parking space, just presses a button on the centre console and the car slips deftly into the space on its own.

BMW aims to take automatic parking even further. The latest models monitor a journey in such a way that they can rewind the last 50 or 100 metres before the car comes to standstill.

This is a fail-proof way of reversing out of an awkward lot in a multi-storey car park or unravelling a manoeuvre that has taken the car down a dead end.

Range-topping models like the Audi A8 and 7-Series BMWs feature remote control systems which take over when the driver has exited the vehicle. Several BMW models will remember the last few manoeuvers and do them again in reverse, to help you get out of a parking spot the way you got in. — BMW/dpa

The car parks itself by moving forward into, or reversing out of, parking space or garage. A button on the BMW display key activates the remote-controlled parking function from outside the car.

Volvo is working on a system which would enable the driver to leave their car at the entrance to a multi-storey car park before dashing off to attend a dinner party. When it is time to go home a press of the car key fob or a smartphone app summons the vehicle.

Valet parking systems like these are already being tried out in Germany at Hamburg airport and the parking bays of the Mercedes-Benz Museum in Stuttgart. Expect to see them on production cars from 2020. – dpa