Holders of non-refundable tickets from the French flag carrier may soon be able to resell unused seats via an online platform and potentially recover at least 50% of the purchase price.

Air France is yet to officially announce the launch of the FlexFly.fr website. However, the platform is likely to interest plenty of travellers with flexible travel dates, allowing them to snap up unwanted tickets at a reduced cost.

This new online marketplace for second-hand air tickets offers those who can no longer travel on non-refundable tickets the opportunity to recover some of the initial cost by selling them on to others. Note that it is not possible to resell just one leg of a round-trip.

As with classified ads, ticket holders post messages on the platform. Air France then informs sellers when a buyer is interested in their ticket. If the buyer proceeds to purchase the ticket, the seller receives a “reward” equivalent to half of the initial ticket price.

Flight tickets from certain airlines can already be resold on various online platforms such as SpareFare or Transfertravel, depending on the company they were purchased from and type of ticket. – AFP Relaxnews 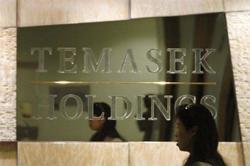